One of the most difficult problems in real-time computer graphics is generating high-quality shadows. Yet, the appearance of such shadows is one of the most important factors in achieving graphic realism. In computer-generated scenes, an object's shadow enhances our perception of the object and the relationship between objects. In computer games, shadows—along with lighting, music, and special effects—play a very important role in portraying a realistic game atmosphere. For example, shadows are a major part of the story line in id Software's Doom 3, one of the most technologically advanced games. Figures 12-1 and 12-2 show examples of shadows from our own demo, which is provided on the book's CD and Web site. 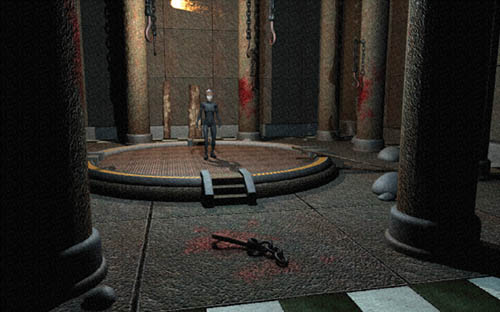 Figure 12-1 Screenshot of Our Demo, Showing a Light Source Flying Above a Character 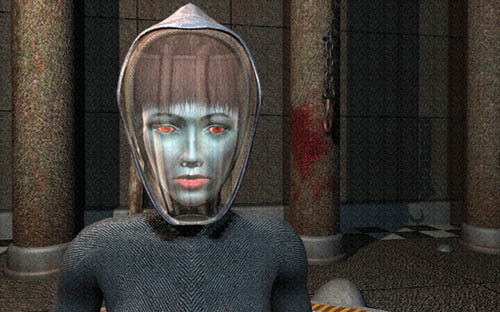 GPUs now allow us to create images previously available only in professional 3D offline-rendering programs. The geometry processors in modern GPUs can process millions of primitives per frame, letting us design complex worlds. With the advent of per-pixel shading, we can produce realistic materials using complex mathematical and physically based models of lighting.

The stencil shadows method, which is demonstrated in Doom 3, is used widely by game developers. It offers advantages such as the large number of GPUs that support it (the only essential hardware feature is support for an eight-bit stencil buffer), its independence from the type of light source, and the high quality of its generated shadows. However, the stencil shadows approach has some serious disadvantages: it's heavily dependent on CPU work, it can produce only hard shadows, it uses a large amount of fill rate (which means that even though a GPU may support the technique, it could run poorly), and it cannot be used with hardware-tessellated surfaces.

The shadow-mapping algorithm came to computer graphics in 1978 when it was introduced by Lance Williams (Williams 1978). Today, this method is used in a multitude of Hollywood movies that contain computer graphics and special effects. Shadow mapping projects a special dynamically created texture on scene geometry to calculate shadows. It lets you render hard and soft shadows, as well as shadows from different types of light sources. Plus, it works with hardware-tessellated surfaces and with GPU-animated meshes (such as skinned meshes).

A number of GPU manufacturers, including NVIDIA, support shadow mapping directly in their hardware and promise to enhance this support in the future. The NVIDIA GeForce3, GeForce4 Ti, and all the GeForce FX (and more recent) GPUs support hardware shadow maps through both DirectX and OpenGL. (However, we do not use the native hardware shadow-mapping functionality in this chapter.) The possibilities offered by the NVIDIA CineFX architecture—including support for long fragment programs with true floating-point precision as well as floating-point texture formats—enable a new level of quality in shadow rendering.

We also have these additional conditions:

There are two primary phases in using omnidirectional shadow maps: creating the shadow map and projecting it. In the creation phase, we render the squared distance from the light source of all objects that cast shadows into the shadow map texture (we'll see why the distance is squared a little later). In the projection phase, we render all the objects that receive shadows, and we compare the squared distance from the rendered pixel to the light source.

The following technique fills all six faces of a cube map, in all directions: +x, -x, +y, -y, +z, -z. The shadow maps can be either precalculated (for static scenes) or re-rendered every frame. We focus primarily on re-rendering the shadow map each frame for fully dynamic shadows. All objects cast a shadow, and receive a shadow, from each light source. And all objects self-shadow. We use a single shadow map for all light sources, creating an image with multipass rendering and performing one pass for each light source.

Listing 12-1 is an example of pseudocode for this algorithm.

Because we use a multipass algorithm (that is, making one pass for each light source), all objects must be composited into the frame buffer. To reduce overdraw and improve performance, we render a depth-only pass first. This standard technique ensures that all subsequent lighting passes occur only on visible pixels. Rendering to depth-only is very fast (many GeForce FX GPUs have double-speed "depth-only" rendering features), so it requires minimal overhead, even in low-overdraw situations. Transparent objects are not rendered in the depth-only pass, because transparent objects do not update the depth buffer. See Listing 12-2.

The type of texture format used is an important factor in this algorithm. We consider two formats: floating-point textures and integer 32-bit RGBA textures with packing/unpacking of the depth value into the color channels.

To conserve the high precision of calculation, however, we must pack depth values into the color channels of textures and unpack each value when performing the depth-compare for shadow mapping. We consider both methods and let you choose the one that's more convenient.

The size of the shadow map influences the shadow's quality and rendering speed. The size depends on the capabilities of the target hardware, the required quality, and the position of the shadow in relationship to the camera. Of course, a larger shadow map generally produces better results.

Because we use cube map textures, we have to keep in mind that we have six color surfaces and an additional z-buffer. For 32-bit textures and a 1024x1024 resolution, we'll need 4 x (6 + 1) x 1024 x 1024 bytes of video memory, or 28 MB! This highlights the importance of using a single shadow map for all light sources.

Section 12.3 examines each step of our algorithm.

To minimize rendering artifacts, we put all our geometry into a -0.5...+0.5 range (or 0..1). This adds accuracy to our calculations, especially if we use 16-bit precision and integer textures. We can scale our geometry at load time or in the vertex shader, using vertex shader code such as this:

These are our system requirements:

We can create all the required objects and textures (the shadow map texture, the depth buffer, and the shaders) using several useful Direct3D library functions:

Next, we render into the shadow map. We'll render our objects into each face of the cube map from the point of view of the light source, following these requirements:

We can use either a floating-point texture or an integer texture.

By writing frac(fDepth) into the green and alpha channels, we save this pixel shader instruction (otherwise, we need an additional instruction to fill these channels):

Method 1 is computationally cheaper, but the second one gives you higher precision.

The base rendering phase has two main parts:

We need to calculate the lighting at each pixel from the light source, and we can use any lighting model (such as per-pixel Phong, Blinn, or Oren-Nayar).

Calculating the shadow requires these steps:

For floating-point textures, we just use the x component of the fetched texture sample.

Here is the pixel shader code:

fDistSquared was computed previously in the pixel shader. For integer textures, we must unpack the value from the color channels of the fetched texture sample.

Here is the pixel shader code:

Looking at our scene, we notice that the shadows' edges are aliased and "hard." The level of aliasing depends on the size of the shadow map and the amount of magnification during projection. To reduce the appearance of these artifacts, we create a "softer" shadow by fetching multiple samples from the shadow map and averaging the results. Because real-world light sources are rarely perfect point sources, this action will also provide a more realistic shadow.

Note that we first compare the squared distances and then average the results of the comparison. This is called percentage-closer filtering and is the correct way to average multiple shadow map tests. (See Chapter 11 of this book, "Shadow Map Antialiasing," for a detailed discussion of this technique.)

We can save some pixel shader instructions when calculating -vLight.xyz + vFilter[i] values if we move it into the vertex shader.

If we choose different range values for vFilter[i], we'll get different levels of softness for the shadow, ranging from a slight antialiasing effect to a very blurry shadow. The larger the filter kernel we define, the more samples we need to take to avoid banding artifacts. Obviously, taking more samples equals processing more instructions and more texture fetches, which can reduce performance in shader-bound situations. Although this technique can produce a "softer" look for the shadows, the shadows are of course not accurate soft shadows, because they do not take into account the relationships between occluders, receivers, and the size of the light source. (See Chapter 13, "Generating Soft Shadows Using Occlusion Interval Maps," for more on soft shadows.)

With the new capabilities of DirectX 9–class hardware, new algorithms for improving visual quality become possible and easier to implement. Using hardware shaders, we can create realistic, dynamic shadows from any number of point light sources, and we can even implement basic "soft" shadows.

With the current first-generation DirectX 9–class hardware, this algorithm is not quite fast enough to be practical (although it is definitely real time). That's because of the large number of renderings from the point of view of the light, and the long pixel shaders necessary for "soft" shadowing effects. But as always, much faster graphics hardware is right around the corner, and advances in performance will make these algorithms practical for implementation in real, shipping games.

The author would like to thank Chris Wynn and John Spitzer of NVIDIA and Guennadi Riguer of ATI.