NVIDIA announces the newest CUDA Toolkit software release, 12.0. This release is the first major release in many years and it focuses on new programming models and CUDA application acceleration through new hardware capabilities.

For more information, watch the YouTube Premiere webinar, CUDA 12.0: New Features and Beyond.

You can now target architecture-specific features and instructions in the NVIDIA Hopper and NVIDIA Ada Lovelace architectures with CUDA custom code, enhanced libraries, and developer tools.

CUDA 12.0 includes many changes, both major and minor. Not all changes are listed here, but this post offers an overview of the key capabilities.

CUDA 12.0 exposes programmable functionality for many features of the NVIDIA Hopper and NVIDIA Ada Lovelace architectures:

Lazy loading is a technique for delaying the loading of both kernels and CPU-side modules until loading is required by the application. The default is preemptively loading all the modules the first time a library is initialized. This can result in significant savings, not only of device and host memory, but also in the end-to-end execution time of your algorithms.

Lazy loading has been part of CUDA since the 11.7 release. Subsequent CUDA releases have continued to augment and extend it. From the application development perspective, nothing specific is required to opt into lazy loading. Your existing applications work with lazy loading as-is.

If you have operations that are particularly latency-sensitive, you may want to profile your applications. The tradeoff with lazy loading is a minimal amount of latency at the point in the application where the functions are first loaded. This is overall lower than the total latency without lazy loading.​

All libraries used with lazy loading must be built with 11.7+ to be eligible.

Lazy loading is not enabled in the CUDA stack by default in this release. To evaluate it for your application, run with the environment variable CUDA_MODULE_LOADING=LAZY set.

For example, 11.6 applications can link against the 11.8 runtime and the reverse. This is accomplished through API or ABI consistency within the library files. For more information, see CUDA Compatibility.

Likewise, applications recompiled or built in 12.0 will link to future versions of 12.x but will not link against components of CUDA Toolkit 11.x.

CUDA 12.0 Toolkit introduces a new nvJitLink library for JIT LTO support. NVIDIA is deprecating the support for the driver version of this feature. For more information, see Deprecated Features.

CUDA Toolkit 12.0 adds support for the C++20 standard. C++20 is enabled for the following host compilers and their minimal versions:

While the majority of C++20 features are available in both host and device code, some are restricted.

Modules are introduced in C++20 as a new way to import and export entities across translation units.

Because it requires complex interaction between the CUDA device compiler and the host compiler, modules are not supported in CUDA C++, in either host or device code. Uses of the module and export and import keywords are diagnosed as errors.

Coroutines are resumable functions. Execution can be suspended, in which case control is returned to the caller. Subsequent invocations of the coroutine resume at the point where it was suspended.

Coroutines are supported in host code but are not supported in device code. Uses of the co_await, co_yield, and co_return keywords in the scope of a device function are diagnosed as errors during device compilation.

The three-way comparison operator <=> is a new kind of relational enabling the compiler to synthetize other relational operators.

Because it is tightly coupled with utility functions from the Standard Template Library, its use is restricted in device code whenever a host function is implicitly called.

Uses where the operator is called directly and does not require implicit calls are enabled.

To streamline this process, Nsight Compute 2022.4 introduces Nsight Systems integration. This feature enables you to launch system trace activity and view the report in the Nsight Compute interface. You can then inspect the report and initiate kernel profiling from within the context menu.

With this workflow, you don’t have to run two different applications: it can all be done within one.

Nsight Compute 2022.4 also introduces a new inline function table that provides performance metrics split out for multiple inlined instances of a function. This heavily requested feature enables you to understand whether a function is suffering from performance issues in general or only in specific inlined cases.

It also enables you to understand where inlining is occurring, which can often lead to confusion when this level of detail is not available. The main source view continues to show the aggregation of metrics at a per-line level while the table lists the multiple locations where the function was inlined and the performance metrics for each location.

The Acceleration Structure viewer has also received a variety of optimizations and improvements, including support for NVIDIA OptiX curve profiling.

All optimizations and features added to the library come at a cost, usually in the form of binary size. Binary size for each library has slowly increased over the course of their lifespan. NVIDIA has made significant efforts to shrink these binaries without sacrificing performance. cuFFT saw the largest size reduction, with over 50% between CUDA Toolkit 11.8 and 12.0.

There are also a few library-specific features worth calling out.

Regarding performance, FP8 GEMMs can be up to 3x and 4.5x faster on H100 PCIe and SXM, respectively, compared to BF16 on A100. The CUDA Math API provides FP8 conversions to facilitate the use of the new FP8 matrix multiplication operations.

cuBLAS 12.0 extends the API to support 64-bit integer problem sizes, leading dimensions, and vector increments. These new functions have the same API as their 32-bit integer counterparts except that they have the _64 suffix in the name and declare the corresponding parameters as int64_t.

The 64-bit integer counterpart is as follows:

Performance is the focus for cuBLAS. When the arguments passed to 64-bit integer API fit into the 32-bit range, the library uses the same kernels as if you called the 32-bit integer API. To try the new API, the migration should be as simple as just adding the _64 suffix to cuBLAS functions, thanks to the C/C++ autoconversion from int32_t values to int64_t.

During plan initialization, cuFFT conducts a series of steps, including heuristics, to determine which kernels are used as well as kernel module loads.

The PTX code of cuFFT kernels is loaded and compiled further to the binary code by the CUDA device driver at runtime when a cuFFT plan is initialized. The first improvement available, due to the new implementation, will enable many new accelerated kernels for the NVIDIA Maxwell, NVIDIA Pascal, NVIDIA Volta, and NVIDIA Turing architectures.

To reduce the amount of required workspace for sparse-sparse matrix multiplication (SpGEMM), NVIDIA is releasing two new algorithms with lower memory usage. The first algorithm computes a strict bound on the number of intermediate products, while the second one enables partitioning the computation in chunks. These new algorithms are beneficial for customers on devices with smaller memory storage.

The new NVIDIA Hopper architecture comes with new Genomics and DPX instructions for faster means of computing combined arithmetic operations like three-way max, fused add+max, and so on.

We continue to focus on helping researchers, scientists, and developers solve the world’s most complicated AI/ML and data sciences challenges through simplified programming models.

This CUDA 12.0 release is the first major release in many years and is foundational to help accelerate applications through the use of next-generation NVIDIA GPUs. New architecture-specific features and instructions in the NVIDIA Hopper and NVIDIA Ada Lovelace architectures are now targetable with CUDA custom code, enhanced libraries, and developer tools.

With the CUDA Toolkit, you can develop, optimize, and deploy your applications on GPU-accelerated embedded systems, desktop workstations, enterprise data centers, cloud-based platforms, and HPC supercomputers. The toolkit includes GPU-accelerated libraries, debugging and optimization tools, a C/C++ compiler, a runtime library, and access to many advanced C/C++ and Python libraries.

About Rob Armstrong
Rob Armstrong is a principal technical product manager for the CUDA toolkit. For over 20 years he has focused on accelerating software with heterogeneous hardware platforms, and has particular interest in computer architecture and hardware/software interaction.
View all posts by Rob Armstrong

About Rob Nertney
Rob Nertney is a senior technical product manager for CUDA. He has spent nearly 15 years architecting the features and deployment of accelerator hardware into hyperscale environments for both internal and external use by developers. He has several patents in processor design relating to secure solutions that are in production today. In his spare time, he loves golfing when the weather is nice, and gaming (on RTX hardware of course!) when the weather isn’t.
View all posts by Rob Nertney

About Matthew Nicely
Matthew Nicely joined NVIDIA in March 2019, having previously worked at the U.S. Army Aviation and Missile Research Development and Engineering Center, Huntsville, AL, USA. There, he focused on CUDA algorithm development and optimizations on the Jetson series. At NVIDIA, he has worked in the Federal segment assisting with CUDA development and optimizations, along with education and proof of concepts for customers on various NVIDIA tool sets, before recently transitioning to math libraries product manager. In 2019, he received his Ph.D. degree in computer engineering, focusing on algorithm optimizations on GPUs.
View all posts by Matthew Nicely 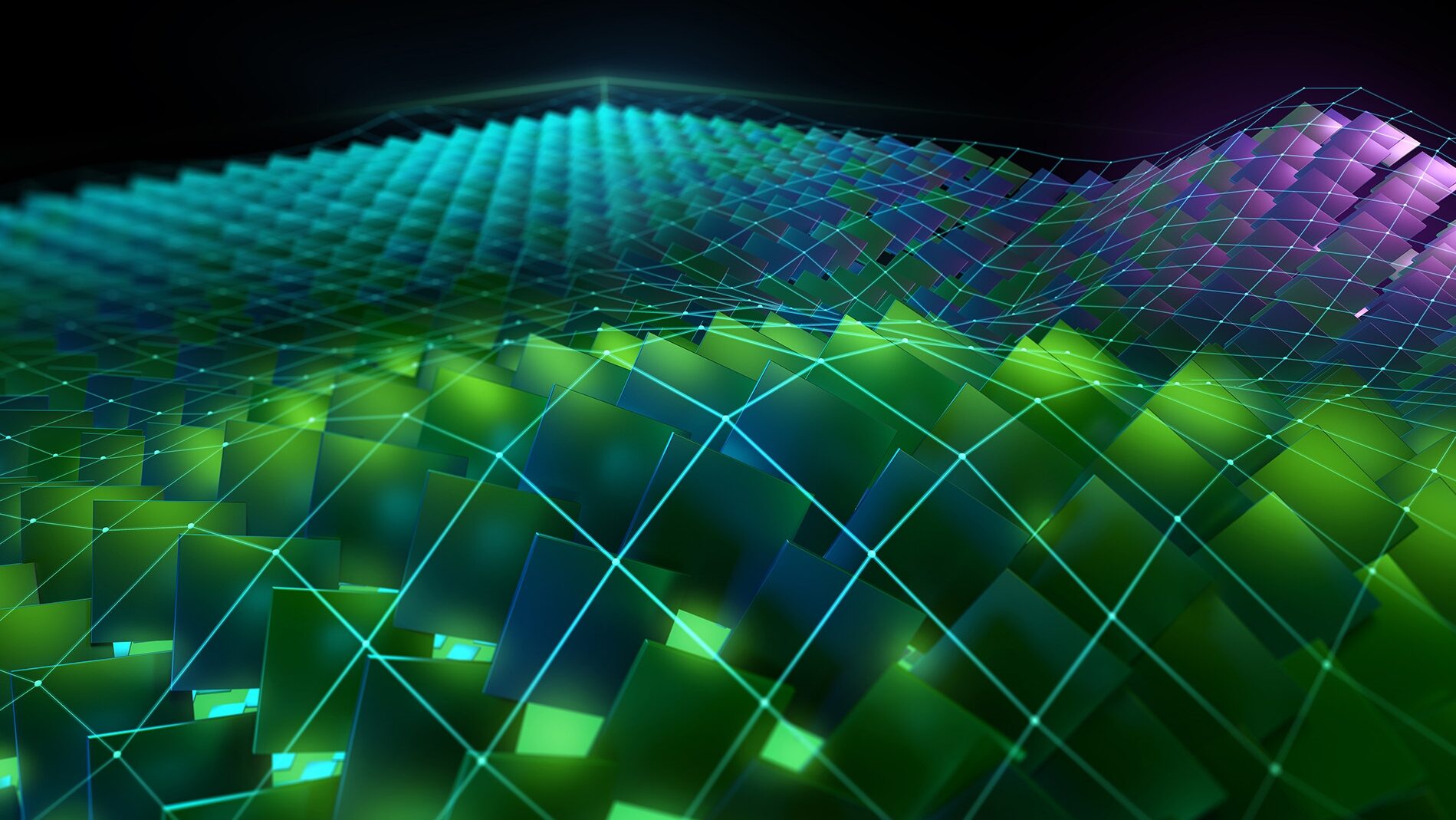 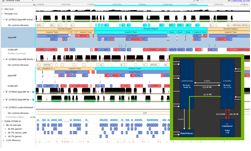