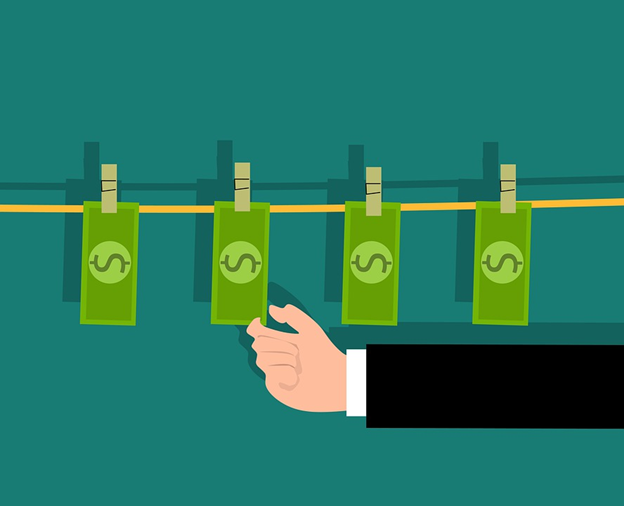 Recently, one of Sweden’s largest banks trained generative adversarial neural networks (GANs) using NVIDIA GPUs as part of its fraud and money-laundering prevention strategy. Financial fraud and money laundering pose immense challenges to financial institutions and society. Financial institutions invest huge amounts of resources in both identifying and preventing suspicious and illicit activities. There are large institutions reportedly saving $150 million in a single year through the use of AI fraud detection.

Existing approaches to identifying financial fraud and money laundering rely on databases of human-engineered rules that match suspicious patterns in financial transactions. As new schemes are identified, new rules are added to the rules base.

Swedbank has developed new solutions to these problems using combinations of deep learning techniques on GPUs, producing new state-of-the-art solutions for identifying suspicious activities. The approach is to model problems in a semi-supervised fashion using anomaly detection via GANs. The solution requires software and hardware that can scale to process and train models on large volumes of data. Hopsworks has trained models on a dataset as large as 40 terabytes (TBs) in size. To this end, the Hopsworks software platform was used with NVIDIA V100 GPUs to engineer features at scale and efficiently train GANs using many GPUs in parallel.

Existing approaches to identifying fraud and money laundering rely on databases of human-engineered rules that attempt to match patterns that are indicative of fraud. As new fraud schemes are identified, new rules are added to the rule engines. For example, in money laundering, there are well-known patterns of smurfing money at lots of accounts and aggregating that money using small, under-the-radar transactions at hubs for later spending.

In the Rules-Based Fraud Detection code example, you can see the rule-based approach to identifying suspicious financial transactions. Here, you define a large set of rules that are applied to all financial transactions. If a transaction matches any of the rules, an alert is triggered. If the alert was incorrectly triggered (false positive), it induces costs. If no alert was triggered, but one should have been (false negative), you must design a new rule to identify the fraud scheme. Companies maintain these rule databases and routinely ship updates to customers.

GANs are difficult to both train and deploy in production, needing lots of GPUs and parallel hyperparameter search as well as distributed training support. Great care must be exercised and advanced machine learning experience is certainly desired. One of the GAN implementations is based on the Unsupervised Learning of Anomaly Detection from Contaminated Image Data using Simultaneous Encoder Training paper, which describes a architecture for anomaly detection that tolerates small amounts of incorrectly labeled samples and supports parallel encoder training.

Understanding fraud using a graph representation of entities and transactions

To detect fraudulent patterns and trigger alerts, you can use graph and tabular features and the DL-based GAN techniques described earlier. Graphs consist of nodes, also known as vertices, and edges, also known as arcs. In financial applications, graphs can model transactional interactions of businesses and individuals.

There are various expected graph patterns, such as a normal scatter pattern, also known as a dandelion, that happens when an organization pays salaries. Such a pattern occurs on certain dates, salaries are relatively fixed, and the money flow is outbound from a single payer. An anomalous scatter pattern has a sudden burst of transactions that has never been seen previously for involved nodes or bidirectional money flows.

Figure 1 shows a gather-scatter pattern, where money flows initially inbound to the central node in the month of January. These flows are subsequently outbound to other nodes in the month of February. In the world of money-laundering, this gather-scatter pattern is used to hide the distribution of funds from financial institutions. Similarly, Figure 2 shows a scatter-gather pattern that again has a bidirectional flow of money on different dates. In this case, the source and destination of the money are two different central entities.

Based on tabular features as well as graph features, DL-based GAN methods can detect such fraud patterns, with an example based on using Hopsworks on NVIDIA GPUs. Such methods coexist with rule-based techniques to lead to better results, accuracy, and a confusion matrix.

Challenges in modelling fraud as a binary classification problem

Figure 3 shows the confusion matrix of a financial fraud binary classifier. For problems such as money laundering, false negatives should be weighed significantly higher. Use a variant of the F1 score to evaluate models: precision, recall, and fallout should not be weighted equally.

There are other challenges in detecting money laundering patterns:

Logical Clocks, developers of the open-source Hopsworks platform, have published as open source a full end-to-end example for detecting fraud:

Identifying fraud and money laundering among large numbers of customer records is a classic financial machine learning (ML) and deep learning (DL) use case. Because it requires many trillion floating point operations (TOPS), applying GPUs accelerates the neural network training process significantly. Many data scientists know that NVIDIA GPUs have been helping in the ML training process for several years.

When the neural network training is complete and the inference phase becomes more important, the recently introduced open-source software NVIDIA Triton Inference Server can help simplify and manage inference acceleration and production model deployment. Triton Server can run as a Docker container, on bare metal, or inside a virtual machine in a virtualized environment. Hopsworks supports serving models on Triton Server using KFServing.

Hopsworks supports ML/DL training using TensorFlow, PyTorch, and Scikit-Learn with additional support for transparent data-parallel training, hyperparameter tuning, and parallel ablation studies on TensorFlow and PyTorch using the Maggy framework. Hopsworks works with multi-GPU, single-node systems as well as clusters of multi-GPU systems. DGX A100 systems are now the universal systems for AI infrastructure for distributed training on the GPU. Each DGX A100 system provides the following configuration:

Multi-GPU, multi-node DGX A100 systems constitute superpods on the Hopsworks platform, which can accelerate DL training and inferencing workloads considerably. You can achieve similar configurations on NVIDIA GPUs by working with the NVIDIA Partner Network (NPN) of OEM partners, system integrators, and value-added resellers.

Figure 4 shows the architecture of DL systems using Hopsworks that can leverage data-parallel distributed GPU training using TensorFlow CollectiveAllReduceStrategy. The Maggy framework, supported in Hopsworks, facilitates the ease of development with TensorFlow CollectiveAllReduceStrategy on multi-GPU, multi-node systems, through the transparent management of distribution using Spark. Large clusters additionally benefit from GPU interlinks using NVSwitch. In the future, such an architecture will also be possible using the NVIDIA Rapids.ai framework and Spark on GPUs.

In the following end-to-end money-laundering example from LogicalClocks, a GAN model for anomaly detection was trained on DGX systems using a setup on a multi-GPU, multi-node framework. Training times using such setups can provide almost linear scaling, also known as strong scaling, to accelerate your DL training. Also, inferencing of such models using the Triton Server framework can use the GPUs efficiently.

You can also use other frameworks including RAPIDS.ai, Spark on GPU, and the NVIDIA GRAPH framework CuGraph for accelerating such features on the GPU on the Hopsworks platform.

Get in touch with us

Teamwork is the key to engineering accurate financial fraud and money laundering solutions. Going from rule-based to model-based approaches is a common technology objective. The goal is to reduce the number of falsely classified outcomes that financial institutions may receive when using fraud detection or money laundering models in production. Nowadays, customers expect more accuracy from their financial firms in terms of preventing fraud and limiting false alarms.

For more information and to share your experiences with this important use case and state-of-the-art approach, please leave a comment below.

About Mehrdad Mamaghani
Mehrdad Mamaghani is the data science team manager within the Anti-Financial Crime, Cyber Security, and Applied AI division at Swedbank. He has a PhD in applied mathematical statistics and has spent the last three years building data science capabilities in the bank focusing on a wide variety of applications and business domains.
View all posts by Mehrdad Mamaghani

About Nima Ghorbani
Nima Ghorbani is the head of technology for the Anti-Financial Crime, Cyber Security, and Applied AI area across Swedbank Group. Nima is a passionate people developer and curious technologist with extensive experience in digital space and hands-on transformation journeys leveraging exponential thinking and disruptive technologies, especially data science, machine learning, deep learning, and artificial intelligence. Nima has been involved in Swedbank’s analytics journey for the past seven years and today, Swedbank AI team is supporting the business with various application of AI solutions digitalizing and automating manual processes and rule-based systems to increase efficiency as well as fighting financial crime and cyber security threats.
View all posts by Nima Ghorbani

About Jim Dowling
Jim Dowling is the CEO of Logical Clocks and an associate professor at KTH Royal Institute of Technology. He is lead architect of the open-source Hopsworks platform, a horizontally scalable data science platform for machine learning that includes the industry’s first feature store.
View all posts by Jim Dowling

About Davit Bzhalava
Davit Bzhalava is head of data at Logical Clocks and one of the main developers of the Hopsworks Feature Store. He holds a PhD in bioinformatics. Prior to Logical Clocks, he held a position at Swedbank as principal data scientist and conducted extensive work to build data intensive platforms and implement efficient anomaly detection frameworks using deep learning techniques.
View all posts by Davit Bzhalava

About Prabhu Ramamoorthy
Prabhu Ramamoorthy is the financial ecosystem partner manager at NVIDIA, where he focuses on HPC/ML/AI acceleration for financial services. He holds an MBA from the University of Wisconsin-Madison and an undergrad engineering degree from BITS-Pilani, one of the top engineering institutes in India. He is a Chartered Financial Analyst CFA Charter holder, Financial Risk Manager FRM, and Chartered Alternative Investment Analyst CAIA specializing in financial use cases. He held prior leadership roles as the head of technology of a margin software firm Dash Regtech (formerly LDB, considered as the gold standard) catering to leading investment banks and broker-dealers and served in leadership roles at Big Four firm KPMG/EY as a director in financial services practice, where he helped 80+ financial institutions over the last 10 years.
View all posts by Prabhu Ramamoorthy

About Mark J. Bennett
Mark Bennett is a senior data scientist at NVIDIA where he focuses on acceleration for financial machine learning. He holds an M.S. in computer science from the University of Southern California and a Ph.D. in computer science from UCLA and has taught graduate business analytics for the University of Iowa and the University of Chicago. He held prior engineering and management positions at Argonne National Laboratory, Nokia Bell Laboratories, Northrop Grumman, XR Trading Securities, and Bank of America Securities. Mark co-authored the book Financial Analytics with R published by Cambridge University Press.
View all posts by Mark J. Bennett 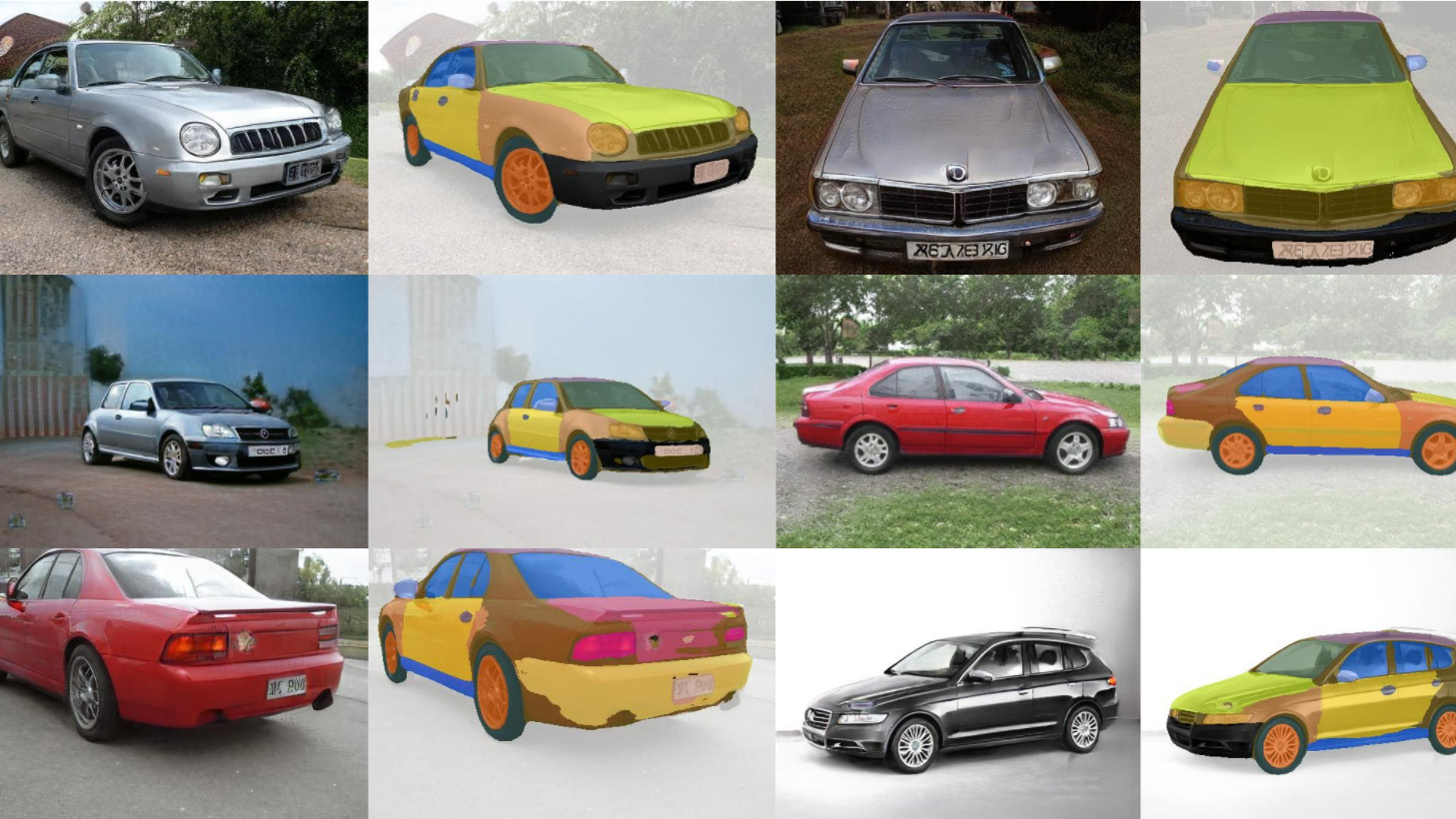