Building on the past decade’s development of OpenVDB, the introduction of NVIDIA NeuralVDB is a game-changer for developers and researchers working with extremely large and complex datasets.

The pre-release version of NVIDIA NeuralVDB brings AI and GPU optimization to OpenVDB, delivering up to a 100x reduction in memory footprint for smoke, clouds, and other sparse volumetric data.

Sparse volumetric data can be found across a growing range of use cases. Medical, industrial, robotics, graphics, and other fields demand high-resolution real-time simulations at unprecedented magnitudes. However, corresponding memory demands can conflict with hardware constraints.

NeuralVDB is a set of tools and APIs for compact representations of high-resolution space volumetric data. It improves on OpenVDB, which is an open industry standard for the efficient storage and processing of high-resolution volumes. It also builds on the GPU acceleration of NVIDIA NanoVDB, introduced last year, adding machine learning to deliver compact neural representations that dramatically reduce its memory footprint.

In fact, NeuralVDB reduces the memory footprint of OpenVDB by 1–2 orders of magnitude, at the cost of a user-controlled and typically unperceivable loss of details. This enables you to transmit and share large, complex volumetric datasets much more efficiently.

To do this, NeuralVDB employs hierarchical neural representations in the form of lossless classifiers for the tree topology and lossy regressors for the sparse values. This approach combines the best of two worlds. It uses neural networks to maximize the compression ratio of 3D data while maintaining the spatial adaptivity offered by the higher-level VDB data structure.

The combination enables a VDB tree to focus on coarse, upper-node-level topology information, while multiple neural networks compactly encode fine-grain topology and value information at the voxel and lower-tree levels. This also applies to animated volumes, even maintaining temporal coherency and improving performance with the novel temporal encoding feature.

Learn more by watching the NeuralVDB presentation from GTC 2022 on NVIDIA On-Demand.

NVIDIA is looking for developers who are interested in testing this early version of NeuralVDB and willing to provide feedback to help improve features in advance of an open-source release later this year. The Early Access Program gives you access to the pre-release version of the NeuralVDB SDK as well as example config files and documentation.

How to get started

NeuralVDB is the next evolution of the VDB library, offering significant efficiency improvements for simulating and rendering sparse volumetric data. The pre-release version is available now through the NVIDIA NeuralVDB Early Access Program. Register now to download the SDK and experience the power that the AI-accelerated NeuralVDB can offer your sparse volume workflows.

About Ken Museth
Ken Museth is a senior director in Simulation Technology and joined NVIDIA in early 2020 when he initiated the development of NanoVDB. He was previously Head of Research & Development in Simulations at Weta Digital, focusing on developing state-of-the-art VFX for the Avatar sequels. He is the creator of VDB and the lead architect of OpenVDB, and the chair of its Technical Steering Committee. Additionally, Ken worked six years for SpaceX on large-scale fluid dynamics simulations of the new Raptor rocket engine. Before joining Weta in 2017, he worked for a decade at DreamWorks Animation and Digital Domain, and prior to that for a decade as a researcher and full professor at Caltech and Linkoping University. He holds a PhD in quantum dynamics from Copenhagen University and has been awarded a Technical Achievement Award from The Academy of Motion Picture Arts and Sciences . Ken is on the SIGGRAPH 2020 Technical Paper Committee.
View all posts by Ken Museth

About Doyub Kim
Doyub Kim is a principal research scientist at NVIDIA, working at the intersection of machine learning and simulation. Before joining NVIDIA in late 2019, he worked in the industry for several years at Microsoft, Uber, and Apple, focusing on 3D maps, simulation, and computer vision technology. Before that, Doyub Kim was a postdoc at Carnegie Mellon University and a visiting researcher at the University of California - Berkeley, focusing on data-driven physics simulation. Before that, he received his Ph.D. from Seoul National University in physics-based animation.
View all posts by Doyub Kim 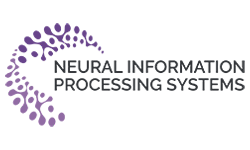 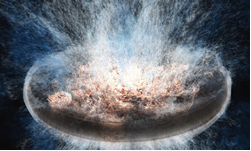 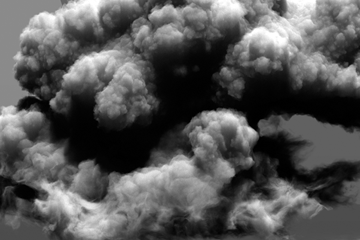