Building the Future of Real-Time Graphics with NVIDIA and Unreal Engine 5.1

The Unreal Engine 5.1 release includes cutting-edge advancements that make it easier to incorporate realistic lighting and accelerate graphics workflows. Using the NVIDIA RTX branch of Unreal Engine (NvRTX), you can significantly increase hardware ray-traced and path-traced operations by up to 40%.

Nanite, the Unreal Engine (UE) virtualized geometry system, enables film-quality art consisting of billions of polygons to be directly imported into UE, all while maintaining the highest image quality in real time.

NVIDIA is accelerating this new feature set through a combination of NVIDIA RTX 4090, Shader Execution Reordering, and hardware-accelerated ray tracing cores. Thousands of developers have already experienced the benefits of Unreal Engine with NVIDIA technologies. Over the past few years, NVIDIA has delivered GPUs, libraries, and APIs to support the latest features of Unreal Engine.

Achieving the most accurate lighting in computer graphics requires replicating how light physics simulate in the real world. Path-traced lighting has been used in offline rendering in films to achieve physically accurate results. However, that is an expensive and time-consuming process.

RTX Direct Illumination (RTXDI), available through NvRTX, allows you to take dynamic light counts from single digits into the hundreds. RTXDI uses the same algorithm for direct lighting as the offline path tracer, taking a step closer to unlimited lighting and photorealism.

The next evolution of this technology is in gaming and real-time rendering, which considerably accelerates the time in which frames are processed and rendered.

NvRTX features SER integration to support the optimization of many of its ray-tracing paths. You’ll see additional frame rate optimization on 40 series cards with up to 40% speed increases in ray tracing operations, and zero impact on quality and content authoring. This improves the efficiency of complex ray-tracing calculations, and provides greater gains in scenes that take advantage of ray-tracing benefits.

Offline path tracing, which is arguably the most complex tracing operation, sees the largest benefit from SER in Unreal Engine 5.1, with speed improvements of 40% or more. Hardware ray-traced reflections and translucency, which have complex interactions with materials and lighting, also see benefits.

Epic Games and NVIDIA are leading the way into the next generation of rendering, moving the industry toward the future of graphics. With improvement leaps made in each version release of Unreal Engine, developers can expect even more groundbreaking advancements in this space.

About Richard Cowgill
Richard Cowgill is a game developer with over 20 years of experience, having contributed to the Battlefield and Borderlands series as well as many others. His indie game Stay in the Light is one of the first ray-tracing-only games. As an RTX Unreal evangelist for NVIDIA, his goal is to help developers fully utilize Unreal Engine and ray-tracing technology.
View all posts by Richard Cowgill

About Nicole Castro
Nicole is a content writer for NVIDIA professional visualization solutions.
View all posts by Nicole Castro 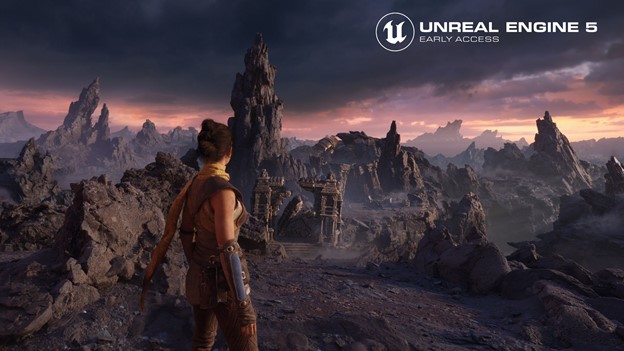 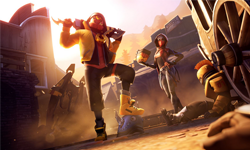