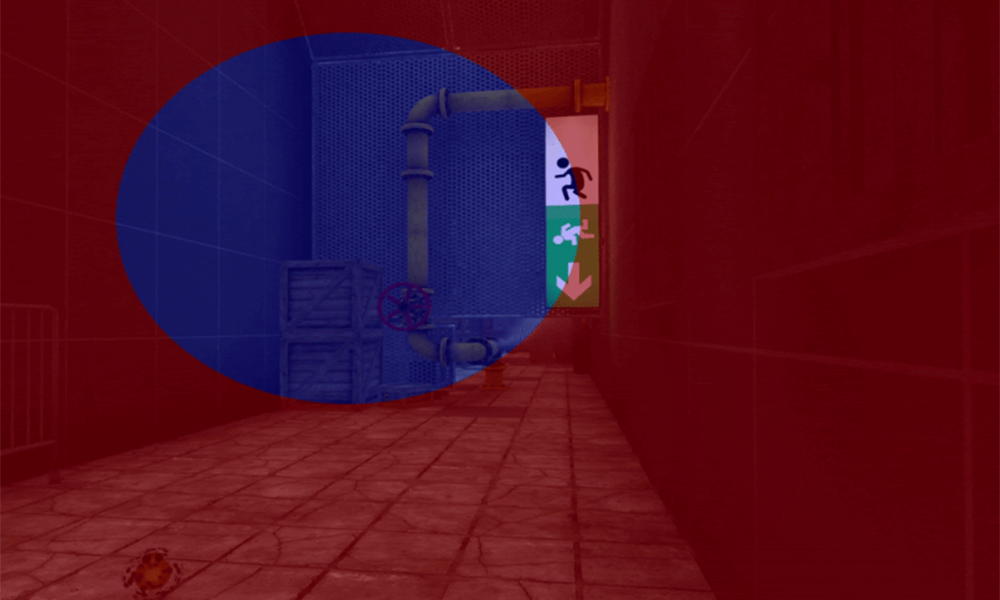 Foveated rendering is a technique where a region of the HMD screen is sampled at a higher shading rate. The first VRSS version supported fixed foveated rendering in the center. The latest version of VRSS 2 expands on foveated rendering and supports gaze tracking by integrating eye-tracking technology. Now the foveated region is dynamic and changes based on where the user looks.

VRSS is a zero-coding solution, so developers do not need to add any code to implement VRSS. All the work is done through NVIDIA drivers, which makes it easy for users to experience VRSS in games and applications.

The Tobii Group, a pioneer in eye-tracking solutions, has partnered with NVIDIA to integrate gaze tracking into VRSS. HP’s upcoming Omnicept G2 HMD will be the first HMD on the market that takes advantage of this integration, as it will leverage both Tobii’s gaze tracking technology and NVIDIA VRSS 2.

Variable Rate Supersampling (VRSS) is a solution that increases the image quality in the center of the image and enables fixed foveated rendering. The latest release of VRSS further improves the perceived image quality by supersampling precisely where the user is looking.

NVIDIA and Tobii collaborated to enhance VRSS with dynamic foveated rendering enabled by Tobii Spotlight, an eye tracking technology specialized in foveation. This technology powers the NVIDIA driver with the latest eye tracking information at minimal latency, which is used to control the supersampled region of the render frame.

“With Tobii Spotlight, NVIDIA VRSS 2, and eye tracking-enabled HMDs, VR users will be able to enjoy an optimal user experience now with ‘dynamic’ foveated rendering.  No additional coding or integration is required from developers and ISVs,” said Johan Hellqvist, head of XR at Tobii. “VRSS 2 will allow many more applications to benefit from our eye tracking solution and we are excited that a number of them will be ready at launch.”

Play the video below in full screen to see VRSS Image Quality Improvement:

Users can also leverage VRS Wrappers for a simplified way to integrate foveated VRS, with the introduction of the VRS Wrapper NVAPIs.

And Variable Rate Supersampling (VRSS) is available without requiring any application integration for DirectX 11 MSAA-based applications profiled by NVIDIA. VRSS 2 is available in the NVIDIA Driver R465.

Submit your games and applications to NVIDIA for VRSS consideration. 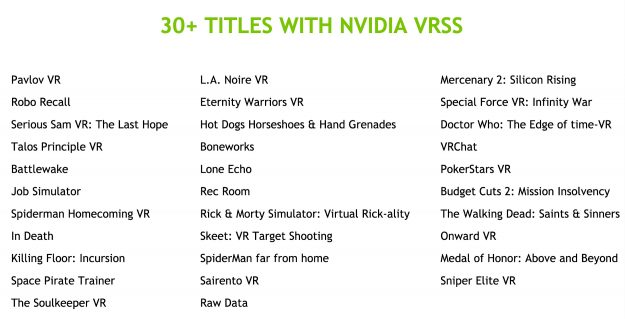 Sign up to get the latest news and updates on NVIDIA XR.

About Peter Pang
Peter Pang is a senior product manager at NVIDIA and product manager for the VRWorks SDK and focuses on VR workflow, UI/UX, and VR requirements critical to enterprise professionals. Pete holds a BS from the Art Center College of Design in industrial design with focus in automotive.
View all posts by Peter Pang