Organizations of all kinds are incorporating AI into their research, development, product, and business processes. This helps them meet and exceed their particular goals, and also helps them gain experience and knowledge to take on even bigger challenges. However, traditional compute infrastructures aren’t suitable for AI due to slow CPU architectures and varying system requirements for different workloads and project phases. This drives up complexity, increases cost, and limits scale.

Now, NVIDIA has introduced NVIDIA DGX A100. Built on the brand new NVIDIA A100 Tensor Core GPU, DGX A100 is the third generation of DGX systems and is the universal system for AI infrastructure. Featuring five petaFLOPS of AI performance, DGX A100 excels on all AI workloads: analytics, training, and inference. It allows organizations to standardize on a single system that can speed through any type of AI task at any time and dynamically adjust to changing compute needs over time. This unmatched flexibility reduces costs, increases scalability, and makes DGX A100 the foundational building block of the modern AI data center.

In this post, we look at the design and architecture of DGX A100.

NVIDIA A100 GPU: Eighth-generation data center GPU for the age of elastic computing

At the core, the NVIDIA DGX A100 system leverages the NVIDIA A100 GPU, designed to efficiently accelerate large complex AI workloads as well as several small workloads, including enhancements and new features for increased performance over the V100 GPU. The A100 GPU incorporates 40 GB high-bandwidth HBM2 memory, larger and faster caches, and is designed to reduce AI and HPC software and programming complexity.

Sparsity is a relatively new approach to neural networks, and promises to increase the capacity of deep neural network models by reducing the number of required connections in a network and by conserving resources. With the NVIDIA A100 GPU, NVIDIA positions itself at the forefront of this effort by incorporating structured sparsity.

With structured sparsity, each node in a sparse network performs the same amount of data fetches and computations, and results in balanced workload distribution and better utilization of compute nodes. Additionally, sparsity is used to perform matrix compression which provides  benefits such as doubling multiply-accumulate operations.

The result is accelerated Tensor Core computation across a variety of AI networks, and increased throughput of FP training as well as inference training.

The NVIDIA A100 GPU incorporates the new Multi-Instance GPU (MIG) feature. MIG uses spatial partitioning to carve the physical resources of a single A100 GPU into as many as seven independent GPU instances. With MIG, the NVIDIA A100 GPU can deliver guaranteed quality of service at up to 7x higher throughput than V100 with simultaneous instances per GPU.

On an NVIDIA A100 GPU with MIG enabled, parallel compute workloads can access isolated GPU memory and physical GPU resources as each GPU instance has its own memory, cache, and streaming multiprocessor. This allows multiple users to share the same GPU and run all instances simultaneously, maximizing GPU efficiency.

MIG can be enabled selectively on any number of GPUs in the DGX A100 system—not all GPUs need to be MIG-enabled. However, if all GPUs in a DGX A100 system are MIG-enabled, up to 56 users can simultaneously and independently take advantage of GPU acceleration.

Typical uses cases that can benefit from MIG are as follows:

Taking it further on DGX A100 with 8xA100 GPUs, you can configure different GPUs for vastly different workloads, as shown in the following example:

The second-generation NVSwitch is two times faster than the previous version, which was first introduced in NVIDIA DGX-2 system. The combination of six NVSwitch and third-generation NVLink interconnects enables individual GPU-to-GPU communication to peak at 600 GB/s, which means that if all GPUs are communicating with each other, the total amount of data transferred peaks at 4.8 TB/s for both directions.

Multi-system scaling of AI deep learning and HPC computational workloads requires strong communications between GPUs in multiple systems to match the significant GPU performance of each system. In addition to NVLink for high speed communication internally between GPUs, the DGX A100 server is configured with eight single-port Mellanox ConnectX-6 200Gb/s HDR InfiniBand ports (also configurable as 200-Gb/s Ethernet ports) that can be used to build a high-speed cluster of DGX A100 systems.

The most common methods of moving  data to and from the GPU involve leveraging the on-board storage and using the Mellanox ConnectX-6 network adapters through remote direct memory access (RDMA). The DGX A100 incorporates a one-to-one relationship between the I/O cards and the GPUs, which means each GPU can communicate directly with external sources without blocking other GPU access to the network.

The Mellanox ConnectX-6 I/O cards offer flexible connectivity as they can be configured as HDR Infiniband or 200-Gb/s Ethernet. This allows the NVIDIA DGX A100 to be clustered with other nodes to run HPC and AI workloads using low latency, high bandwidth InfiniBand, or RDMA over Converged Ethernet (RoCE).

The DGX A100 GPU includes an additional dual-port ConnectX-6 card that can be used for high-speed connection to external storage. The flexibility in I/O configuration also allows connectivity to a variety of high speed networked storage options.

The ConnectX-6 VPI cards in the DGX A100 server provide the following:

The latest DGX A100 multi-system clusters use a network based on a fat tree topology using advanced Mellanox adaptive routing and Sharp collective technologies to provide well-routed, predictable, contention-free communication from each system to every other system.

A fat tree is a tree-structured network topology with systems at the leaves that connect up through multiple switch levels to a central top-level switch.  Each level in a fat tree has the same number of links providing equal non-blocking bandwidth. The fat tree topology ensures the highest communication bisection bandwidth and lowest latency for all-to-all or all-gather type collectives that are common in computational and deep learning applications.

With the fastest I/O architecture of any DGX system, NVIDIA DGX A100 is the foundational building block for large AI clusters such as NVIDIA DGX SuperPOD, the enterprise blueprint for scalable AI infrastructure.

The NVIDIA A100 GPUs are connected to the PCI switch infrastructure over x16 PCI Express Gen 4 (PCIe Gen4) buses that provide 31.5 GB/s each for a total of 252 GB/s, doubling the bandwidth of PCIe 3.0/3.1. These are the links that provide access to the Mellanox ConnectX-6, NVMe storage, and CPUs.

Training workloads commonly involve reading the same datasets many times to improve accuracy. Rather than use up all the network bandwidth to transfer this data over and over, high performance local storage is implemented with NVMe drives to cache this data. This increases the speed at which the data is read into memory, and it also reduces network and storage system congestion.

Each DGX A100 system comes with dual 1.92 TB NVMe M.2 boot OS SSDs configured in a RAID 1 volume, and four 3.84 TB PCIe gen4 NVMe U.2 cache SSDs configured in a RAID 0 volume. The base RAID 0 volume has a total capacity of 15 TB, but an additional 4 SSDs can be added to the system for a total capacity of 30 TB. These drives use CacheFS to increase the speed at which workloads access data and to reduce network data transfers.

The DGX A100 system includes two CPUs for boot, storage management, and deep learning framework coordination. Each CPU runs at up to 3.4 GHz, has 64 cores with two threads per core and offers 128 PCIe Gen4 links used for I/O and inter-socket communication. The system is configured with 1 TB of base memory and is upgradable to 2 TB.

Similar to previous DGX systems, DGX A100 is designed to be air-cooled in a data center with operating temperature ranging from 5oC – 30oC.

The DGX A100 software has been built to run AI workloads at scale. A key goal is to enable practitioners to deploy deep learning frameworks, data analytics, and HPC applications on the DGX A100 with minimal setup effort. The design of the platform software is centered around a minimal OS and driver install on the server, and provisioning of all application and SDK software available through the NGC Private Registry.

The NGC Private Registry provides GPU-optimized containers for deep learning, machine learning, and high performance computing (HPC) applications, along with pretrained models, model scripts, Helm charts, and SDKs. This software has been developed, tested, and tuned on DGX systems, and is compatible with all DGX products: DGX-1, DGX-2, DGX Station, and DGX A100.

Figure 6 shows how all these pieces fit together as part of the DGX software stack.

Packed with innovative features and a balanced system design, the DGX A100 delivers unprecedented performance in deep learning training and inference. The graph in Figure 7 demonstrates the following performance results:

Here are details on the benchmarks.

The combination of the groundbreaking A100 GPUs with massive computing power and high-bandwidth access to large DRAM, and fast interconnect technologies, makes the NVIDIA DGX A100 system optimal for dramatically accelerating complex networks like BERT.

A single DGX A100 system features five petaFLOPs of AI computing capability to process complex models. The large model size of BERT requires a huge amount of memory, and each DGX A100 provides 320 GB of high bandwidth GPU memory.  NVIDIA interconnect technologies like NVLink, NVSwitch, and Mellanox networking bring all GPUs together to work as one on large AI models with high-bandwidth communication for efficient scaling.

With Tensor Core acceleration of INT8 and structural sparsity in NVIDIA A100 GPU, the DGX A100 sets a new bar for inference workloads. Using the MIG capability in A100 GPU, you can assign resources that are right-sized for specific workloads.

NVIDIA DGXperts are a global team of over 14,000 AI-fluent professionals who have gained the experience of thousands of DGX system deployments and who have expertise in full-stack AI development. Their skill set includes system design and planning, data center design, workload testing, job scheduling, resource management, and ongoing optimizations.

Owning an NVIDIA DGX A100 or any other DGX system gives you direct access to these experts. NVIDIA DGXperts complement your in-house AI expertise and let you combine an enterprise-grade platform with augmented AI-fluent talent to achieve your organization’s AI project goals.

The innovations in DGX A100 make it possible for developers, researchers, IT managers, business leaders, and more to push the boundaries of what’s possible and realize the full benefits of AI in their projects and across their organizations. DGX A100 is available now.

About Chris Campa
Chris Campa is a technical writer in the Software Documentation group at NVIDIA. For over 18 years, Chris has been providing technical documentation for GPU products, graphics drivers, and GPU-based systems, including the NVIDIA DGX portfolio. Chris has a bachelor's degree in Electrical Engineering from Stanford University.
View all posts by Chris Campa

About Haiduong Vo
Haiduong Vo is the head of DGX A100 Product Management. She was also responsible for product management of DGX-2 and DGX-1 systems. Haiduong holds a S.B. in Electrical Engineering from the Massachusetts Institute of Technology and an MBA from Northwestern University’s Kellogg School of Management.
View all posts by Haiduong Vo

About Jacques Bessoudo
As part of the DGX Product Management team, Jacques Bessoudo is responsible for DGX product serviceability, implementation, training, and documentation. Prior to joining NVIDIA, Jacques led teams that developed end-to-end enterprise solutions among other positions at Oracle and Sun Microsystems.
View all posts by Jacques Bessoudo 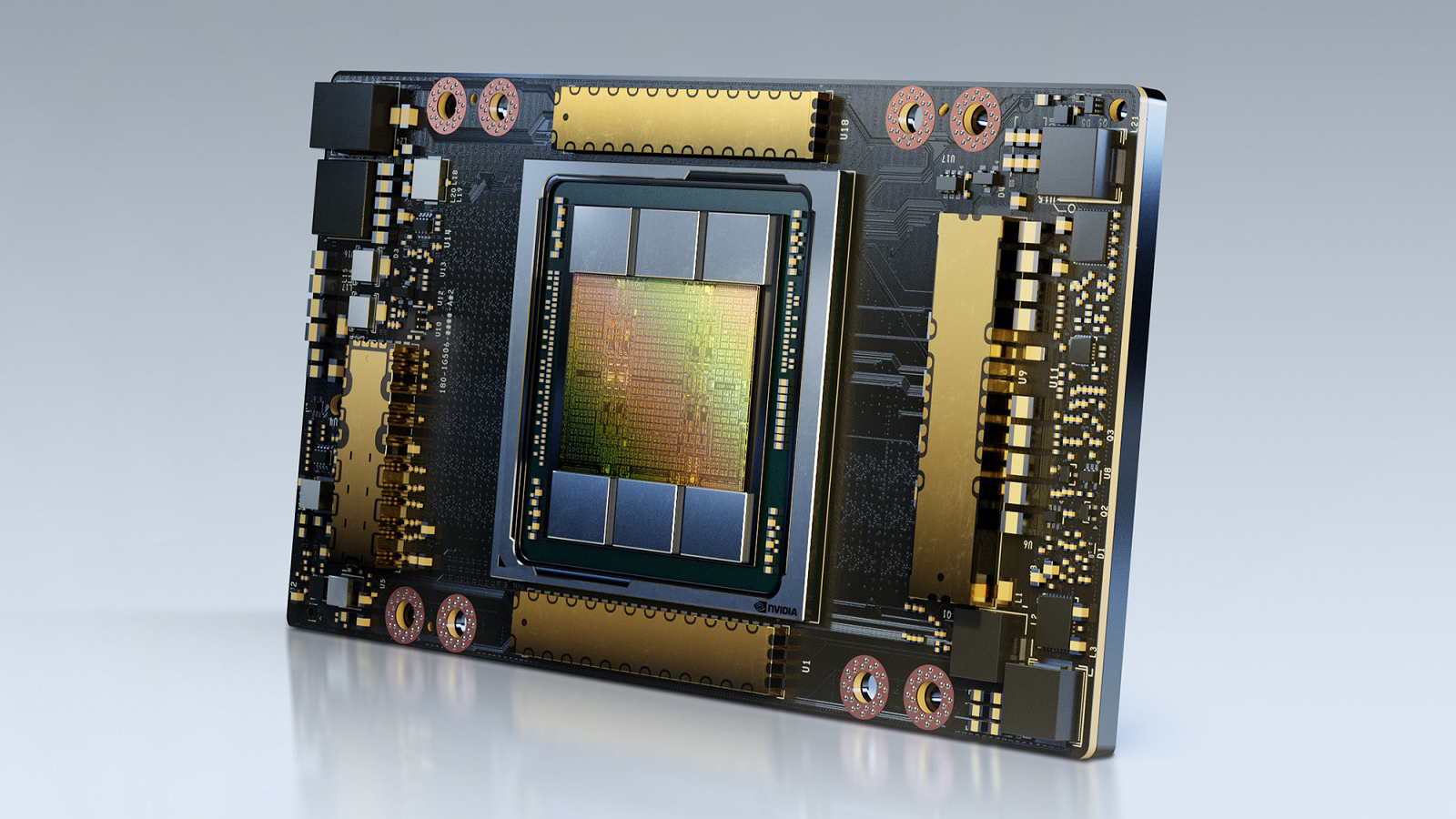 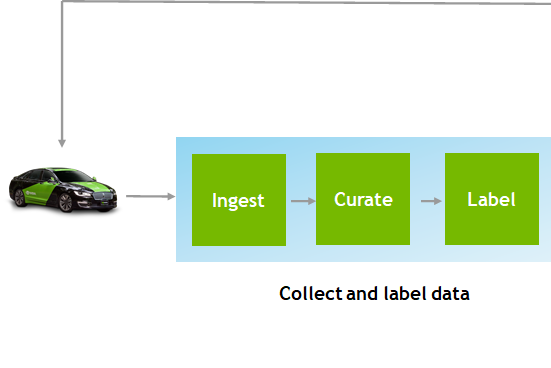 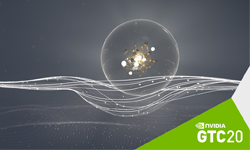 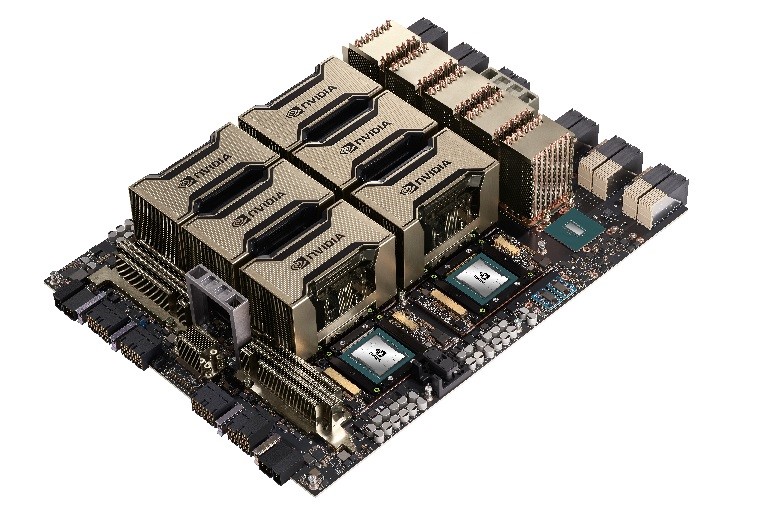 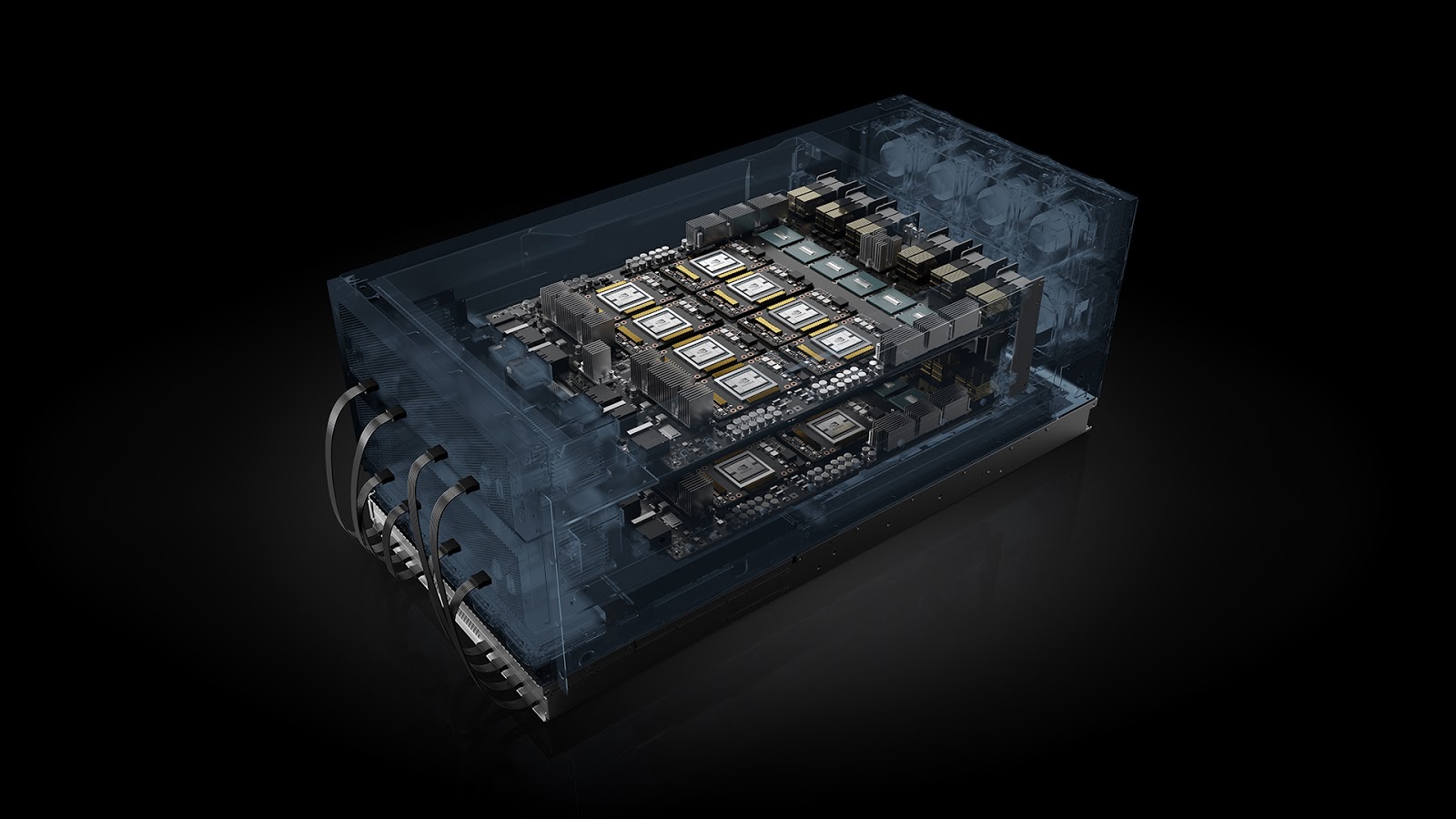