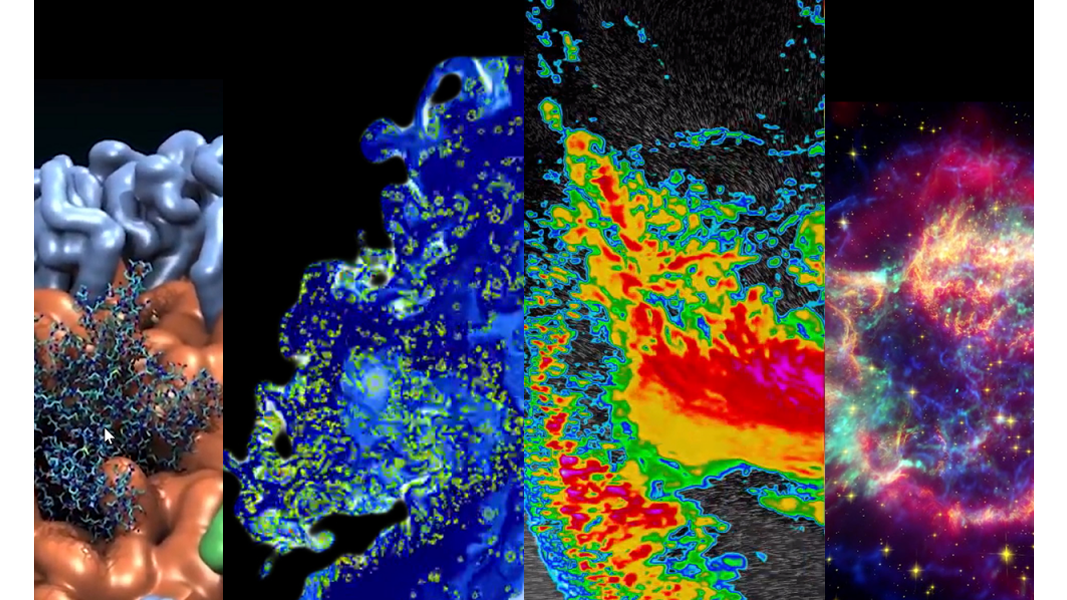 The latest NVIDIA HPC SDK update expands portability and now supports the Arm-based AWS Graviton3 processor. In this post, you learn how to enable Scalable Vector Extension (SVE) auto-vectorization with the NVIDIA compilers to maximize the performance of HPC applications running on the AWS Graviton3 CPU.

NVIDIA HPC compilers enable cross-platform C, C++, and Fortran programming for NVIDIA GPUs and multicore Arm, OpenPOWER, or x86-64 CPUs. These are ideal for HPC modeling and simulation applications written in C, C++, or Fortran with OpenMP, OpenACC, and CUDA.

For example, SPEC CPU® 2017 benchmark scores are estimated to increase by 17% on the AWS Graviton 3 when compiled with the NVIDIA HPC compilers vs. GCC 12.1.

The integrated performance profiling and debugging tools simplify porting and optimization of HPC applications, and the containerization tools enable easy deployment on-premises or in the cloud.

AWS Graviton3 launched in May 2022 as the Arm-based CPU from AWS. The Arm architecture has a legacy of power efficiency and support for high memory bandwidth that makes it ideal for cloud and data center computing. Amazon reports:

In keeping with the history of Arm enabling support for new computing technologies well ahead of the competition, AWS Graviton3 features DDR5 memory and the SVE to the Arm architecture.

Amazon EC2 C7g instances are the first in the cloud to feature DDR5 memory, which provides 50% higher memory bandwidth compared to DDR4 memory to enable high-speed access to data in memory. The best way to take full advantage of all that memory bandwidth is to use the latest in vectorization technologies: Arm SVE.

In addition to being the first cloud-hosted CPU to offer DDR5, AWS Graviton3 is also the first in the cloud to feature SVE.

SVE was first introduced in the Fujitsu A64FX CPU, which powers the RIKEN Fugaku supercomputer. When Fugaku launched, it shattered all contemporary HPC CPU benchmarks and placed confidently at the top of the TOP500 supercomputers list for two years.

SVE and high-bandwidth memory are the key design features of the A64FX that make it ideal for HPC, and both these features are present in the AWS Graviton3 processor.

For example, the Fujitsu A64FX implements SVE at 512-bits, while AWS Graviton3 implements it at 256-bits. Unlike other SIMD architectures, the same assembly code runs on both CPUs, even though the hardware vector bit-width is different. This is called vector-length agnostic (VLA) programming.

VLA code is highly portable and can enable compilers to generate better assembly code. But, if a compiler knows the target CPU’s hardware vector bit-width, it can enable further optimizations for that specific architecture. This is vector length–specific (VLS) programming.

SVE uses the same assembly language for both VLA and VLS. The only difference is that the compiler is free to make additional assertions about data layout, loop trip counts, and other relevant features while generating the code. This results in highly optimized, target-specific code that takes full advantage of the CPU.

SVE is not an extension or the replacement of the NEON instruction set, which is also available in AWS Gravition3. SVE is redesigned for better data parallelism for HPC and ML.

To maximize performance, the compiler performs analysis to determine which SIMD instructions to generate. SVE auto-vectorization uses target-specific information to generate highly optimized vector length–specific (VLS) code based on the vector bit-width of the CPU core.

To enable SVE auto-vectorization, specify the appropriate -tp architecture flag for the target CPU: -tp=neoverse-v1. Not specifying a -tp option assumes that the application will be executed on the same system on which it was compiled.

Applications compiled with the NVIDIA HPC compilers on Graviton3 automatically take full advantage of the CPU’s 256-bit SVE SIMD units. Graviton3 is also backward compatible with the -tp=neoverse-n1 option but only runs vector code on its 128-bit NEON SIMD units.

Getting started with the NVIDIA HPC SDK

The NVIDIA HPC SDK provides a comprehensive and proven software stack. It enables HPC developers to create and optimize application performance on high-performance systems such as the NVIDIA platform and AWS Graviton3.

By providing a wide range of programming models, libraries, and development tools, applications can be efficiently developed for the specialized hardware that enables state-of-the-art performance in systems such as NVIDIA GPUs and SVE-enabled processors like AWS Graviton3.

About John Linford
Dr. John Linford is a principal technical manager at NVIDIA focused on developing the CPU software ecosystem. John previously worked as the Arm director of HPC engineering. John has almost two decades of front-line HPC applications, systems, and optimization experience and particularly enjoys working with emerging technologies and extreme-scale systems. John is based in Austin, Texas.
View all posts by John Linford

About Scott Manley
Scott Manley is a compiler optimization engineer and the auto-vectorization lead for NVIDIA HPC SDK. Scott has spent his entire career working on vectorization and HPC compilers. He previously worked on the Cray Compiling Environment (CCE) and his Ph.D. from Trinity College Dublin focused on optimizing the use of SIMD ISAs.
View all posts by Scott Manley