One of the best ways to simulate speed in a video game is to use motion blur. Motion blur can be one of the most important effects to add to games, especially racing games, because it increases realism and a sense of speed. Motion blur also helps smooth out a game's appearance, especially for games that render at 30 frames per second or less. However, adding support for motion blur to an existing engine can be challenging because most motion blur techniques require the scene to be rendered in a separate pass in order to generate a per-pixel velocity buffer. Such a multipass approach can be limiting: Many applications cannot afford to send the scene through the entire graphics pipeline more than once and still manage to reach the application's target frame rate.

In this chapter, we introduce a technique that uses the depth buffer as a texture input to a pixel shader program in order to generate the scene's velocity map. The pixel shader program computes the world-space positions for each pixel by using the depth value—which is stored in the depth buffer—in conjunction with the current frame's view-projection matrix. Once we determine the world-space position at that pixel, we can transform it by using the previous frame's view-projection matrix. Then we can compute the difference in the viewport position between the current frame and the previous frame in order to generate the per-pixel velocity values. A motion blur effect can then be achieved by using this velocity vector as a direction to gather multiple samples across the frame buffer, averaging them out along the way to generate a blur.

The benefit of our technique is that it can be performed as a post-processing step. This ability allows it to be easily integrated into existing engines targeting hardware that allows sampling from a depth buffer as a texture.

Figures 27-1 and 27-2 show how different a scene can look with and without motion blur. Notice how Figure 27-1 gives a strong illusion of motion. 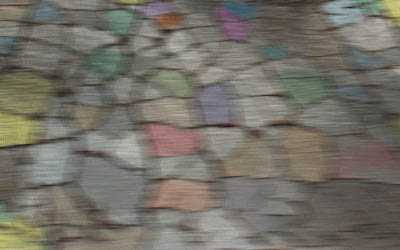 Figure 27-1 A Scene with Motion Blur 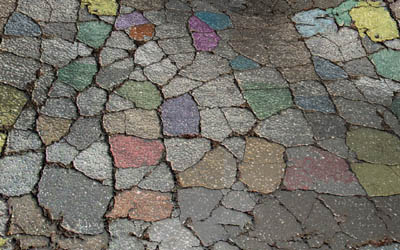 Figure 27-2 A Scene Without Motion Blur 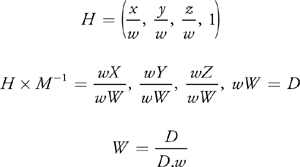 The HLSL/Cg code in Listing 27-1 uses the previous equations in a full-screen post-processing pixel shader to compute the world-space position of the objects rendered at a given pixel, using the depth buffer and the inverse of the current view-projection matrix.

Example 27-1. Shader Code That Extracts the Per-Pixel World-Space Positions of the Objects That Were Rendered to the Depth Buffer

Once we determine the world-space position, we can transform it by using the previous frame's view-projection matrix and take the difference in screen position to compute the pixel's velocity, as shown in Listing 27-2.

Example 27-2. Shader Code That Computes the Per-Pixel Velocity Vectors That Determine the Direction to Blur the Image

The method for acquiring the depth buffer for use as a texture varies from platform to platform and depends on the graphics API used. Some details on how to access the depth buffer as a texture are discussed in Gilham 2006. If the target hardware does not support sampling from depth buffers as textures, a depth texture may be generated by using multiple render targets and then outputting depth to a separate render target or outputting the depth value to the color buffer's alpha channel.

Once we have the pixel velocities, we can sample along that direction in the color buffer, accumulating the color values to achieve the motion-blurred value, as shown in Listing 27-3.

Example 27-3. Shader Code That Uses the Velocity Vector at the Current Pixel to Sample the Color Buffer Multiple Times to Achieve the Motion Blur Effect

We can see this technique in action in Figure 27-3. Notice how the terrain near the viewer is a lot blurrier than the terrain in the distance. 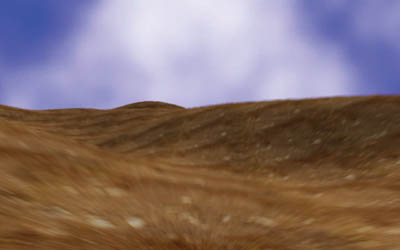 This technique works perfectly for static objects because it only takes into account the movement of the camera. However, if more accuracy is needed to record the velocity of dynamic objects in the scene, we can generate a separate velocity texture.

To generate a velocity texture for rigid dynamic objects, transform the object by using the current frame's view-projection matrix and the last frame's view-projection matrix, and then compute the difference in viewport positions the same way as for the post-processing pass. This velocity should be computed per-pixel by passing both transformed positions into the pixel shader and computing the velocity there. This technique is described in the DirectX 9 SDK's motion blur sample (Microsoft 2006).

Depending on the application, you might want to mask off certain parts of the scene so that they do not receive motion blur. For example, in a racing game, you might want to keep all the race cars crisp and detailed, rather than blurry. An easy way to achieve this is to render a mask to a separate texture or to the alpha channel of the color buffer and use this mask to determine what pixels should be blurred.

This technique for calculating the world-space position of objects in the scene based on the scene's depth buffer is very useful. We can use this technique to implement other graphics effects: Depth of field is an effect that fits nicely into this technique, as described in Gilham 2006, and scene fog can also be implemented as a post-processing step by using the depth buffer.

In this chapter, we discussed a method for retrieving the world-space position of objects by using the depth value stored in the depth buffer, and we showed how that information can be used as a basis for implementing motion blur in a game engine. Implementing motion blur as mostly a post-processing effect allows it to be easily integrated into an existing rendering engine while offering better performance than traditional multipass solutions.