Join the NVIDIA Developer Program to watch technical sessions from conferences around the world.

In GPU-accelerated applications, the sequential part of the workload runs on the CPU – which is optimized for single-threaded performance – while the compute intensive portion of the application runs on thousands of GPU cores in parallel. When using CUDA, developers program in popular languages such as C, C++, Fortran, Python and MATLAB and express parallelism through extensions in the form of a few basic keywords.

Thousands of applications developed with CUDA have been deployed to GPUs in embedded systems, workstations, datacenters and in the cloud.

CUDA serves as a common platform across all NVIDIA GPU families so you can deploy and scale your application across GPU configurations.

The first GPUs were designed as graphics accelerators, becoming more programmable over the 90s, culminating in NVIDIA's first GPU in 1999. Researchers and scientists rapidly began to apply the excellent floating point performance of this GPU for general purpose computing. In 2003, a team of researchers led by Ian Buck unveiled Brook, the first widely adopted programming model to extend C with data-parallel constructs. Ian Buck later joined NVIDIA and led the launch of CUDA in 2006, the world's first solution for general-computing on GPUs.

Since its inception, the CUDA ecosystem has grown rapidly to include software development tools, services and partner-based solutions. The CUDA Toolkit includes libraries, debugging and optimization tools, a compiler and a runtime library to deploy your application. You'll also find code samples, programming guides, user manuals, API references and other documentation to help you get started. 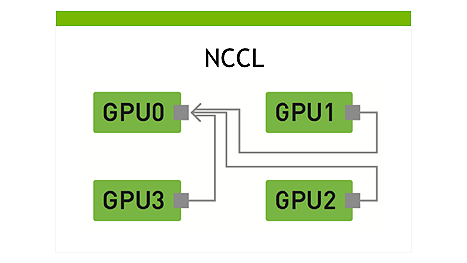 CUDA accelerates applications across a wide range of domains from image processing, to deep learning, numerical analytics and computational science.

Get started with CUDA by downloading the CUDA Toolkit and exploring introductory resources including videos, code samples, hands-on labs and webinars.

Get Started with CUDA