The feature improves upon Multi-res Shading by rendering to a surface that more closely approximates the lens corrected image that is output to the headset display. This avoids rendering many pixels that would otherwise be discarded before the image is output to the VR headset.

To look at this from a 2D perspective, the LMS image above on the right represents what the GPU draws instead of the original image. All the black space surrounding the LMS image represent pixels that now don’t need to be rendered. And the resolution gradient now more closely matches the lens as you go from the center of the image to the periphery, rather than having two zones. 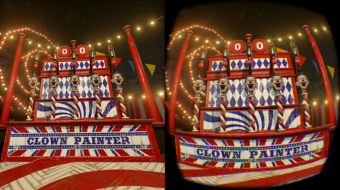 Lens Matched Shading (LMS) is one of the new technologies introduced along with the Pascal architecture, with the specific purpose of improving the performance and efficiency of Virtual Reality (VR) rendering. LMS achieves both better perf and perceived image quality than Maxwell's Multi Resolution Shading (MRS) technique. 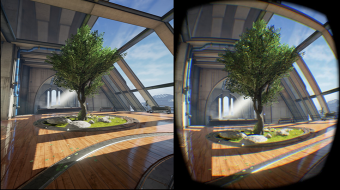 This section of the post will focus on integrating Lens Matched Shading into Unreal Engine 4. We hope that this will serve as an example and provide guidance for developers who are interested in integrating LMS into their own engines. 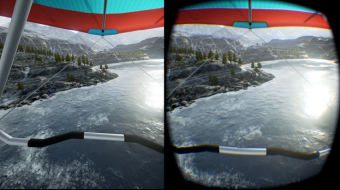