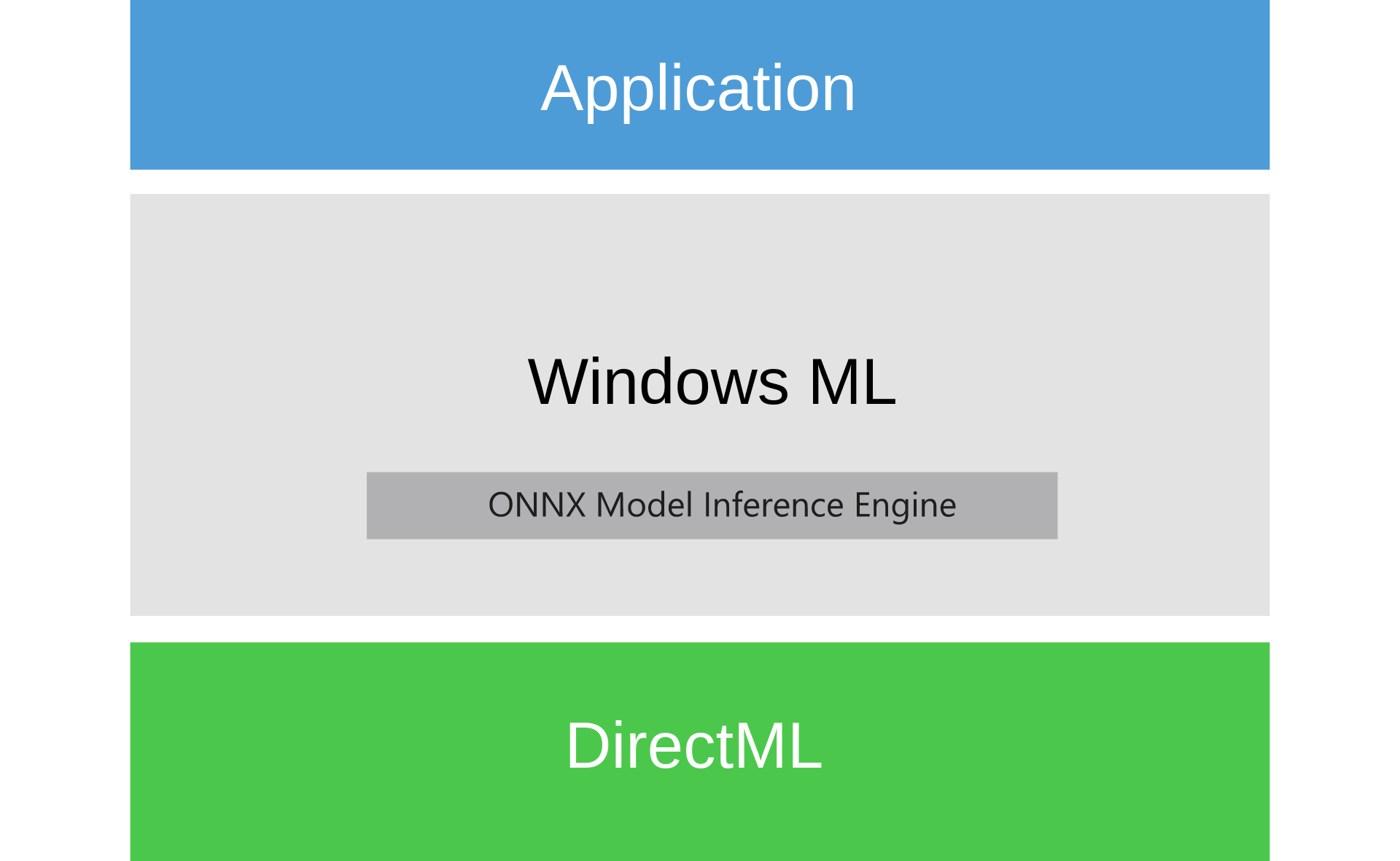 Developing and training the model itself requires being involved with the science as well as know-hows behind it. However, when a pretrained model is being used in a pipeline for inference, it can be treated as simply a series of arbitrary computations on incoming data. These computations are fully described by an ONNX file representing the deep learning model. The ONNX model can be edited and processed to make some simple but often-needed tweaks and optimizations at the deployment stage.

Windows Machine Learning (Windows ML) allows you to write applications in C#, C++, JavaScript, or Python, and which operate on trained ONNX neural nets. This is an ideal framework if you want to perform inference using previously trained neural nets in your application pipeline without worrying about the internals and complexities of the neural net itself.

Unlike lower-level frameworks like CuDNN and DirectML, you don’t need to define and run each layer individually in Windows ML. Instead, this is all read from a specified .onnx file.

In Windows ML, a neural network can be treated as a black box for the intents of inference. Windows ML provides a convenient API that only requires that you know what inputs the neural net expects.

Windows ML is a high-level layer that uses DirectML for hardware acceleration, as shown in Figure 2.

Introduced by Facebook and Microsoft, ONNX is an open interchange format for ML models that allows you to more easily move between frameworks such as PyTorch, TensorFlow, and Caffe2. An actively evolving ecosystem is built around ONNX.

ONNX is a protocol buffer (protobuf)-based data format. As such, the official protobuf utilities may be used to decode an .onnx file into a readable text format for editing and to encode it back.

Protobuf is an open data-serialization format developed by Google aimed at compactness. It involves specifying a human-readable schema in the form of a .proto or .proto3 file, both of which are referred to as proto files. These files define how the protocol buffer data is structured and therefore how it should be parsed.

To accomplish this, a proto file consists of messages, which specify the structure for segments of data. As such, ONNX has a proto file for both Protobuf version 2 and 3 that describes all messages that can be found in ONNX data. Here are the most up-to-date versions of these files:

Viewing and editing an ONNX file

There are times when it’s convenient to be able to modify a trained neural network. Here are a few typical scenarios:

The protoc tool can be used to convert ONNX data into a human-readable text form resembling JSON. This is referred to as decoding and is done using the –decode option, specifying the message that the incoming data should be interpreted as. In this case, the message that envelopes an entire ONNX model is onnx.ModelProto. As shown in the following code example, the incoming data is piped in because protoc reads from stdin and writes into stdout.

The protoc command decodes an .onnx file MyModel.onnx into a human-readable text form (named MyModel.txt in this example). The -I option is mandatory and must specify an absolute search directory where onnx.proto can be found.

After making any textual edits to the model, protoc can similarly be used to convert the human-readable representation back into protocol buffer form, as shown in the following code example:

The protoc command that encodes MyModel.txt back into an .onnx file.

Anatomy of an ONNX net

A GraphProto message fully specifies the neural net’s computational graph, which includes all of its computational operators as well as its data. To outline these important ONNX data structures, I use some of the nodes of the resnet50v1.onnx model as an example.

Here are the most important data segments to consider when editing graphs:

The previous section described how you would go about manually modifying ONNX model data. When it comes to modifying ONNX data for the purposes of optimizing inference performance, the ONNX ecosystem provides an infrastructure for programmatically processing an ONNX model and modifying it. This is known as the ONNX Optimizer. Individual optimizations are known as optimization passes. For more information about prepackaged optimization passes, see the onnx/onnx/optimizer/passes folder.

The ONNX Optimizer page describes the underlying C++ API that can be used to apply optimizations. However, there are other available ways of applying optimizations without having to write C++ code:

Using the ONNX Optimizer from Python

Python bindings exist for applying these optimizations in a straightforward manner. The following code example shows how to apply an optimization that fuses a BatchNormalization operation with a Conv operation (fuse_bn_into_conv):

A model is loaded from path/to/the/model.onnx, optimized with the fuse_bn_into_convpass, and then saved to path/to/the/optimized_model.onnx.

The onnx2tensorrt tool is primarily used to convert ONNX data into a TensorRT engine, but it can also be used to only apply ONNX optimization passes. The following code example shows a command line to apply the fuse_bn_into_conv pass to an ONNX file at my_model.onnx, then to save the result to a new ONNX file at my_model_optimized.onnx.

This functionality is currently only available in the master branch of the onnx-tensorrt GitHub repo.

For more information about  how the TensorCore hardware works, see Accelerating WinML and NVIDIA Tensor Cores.

For Windows ML to invoke GPU code that makes use of TensorCores, the ONNX model must meet a number of requirements. Some of them are automatically addressed by Windows ML when the model is loaded, while others need to be explicitly set up ahead of time by the user.

If an ONNX model meets the aforementioned explicit requirements, then Windows ML can take on a Tensor Core-optimized driver path when running inference on the model.

The most important of the explicit requirements are FP16/IN8 data types and packed strides, because they apply to convolution operations, which typically make up the majority of operations in a deep neural net.

ONNX models can be converted to FP16 data types using Python and the onnxmltools module:

This code example loads a specified .onnx file, converts its datatypes to FP16, and then saves it to a new file.

About Dennis Sandler
Dennis Sandler is a senior developer technology engineer for NVIDIA. He collaborates with with NVIDIA partners and customers to maximize and optimize the use of NVIDIA GPUs in third-party professional visualization software focusing on OpenGL, Vulkan, CUDA, and Windows ML. Dennis also works on NVIDIA VR middleware. More recently, Dennis has worked with partners on optimizing AI models for multimedia processing.
View all posts by Dennis Sandler 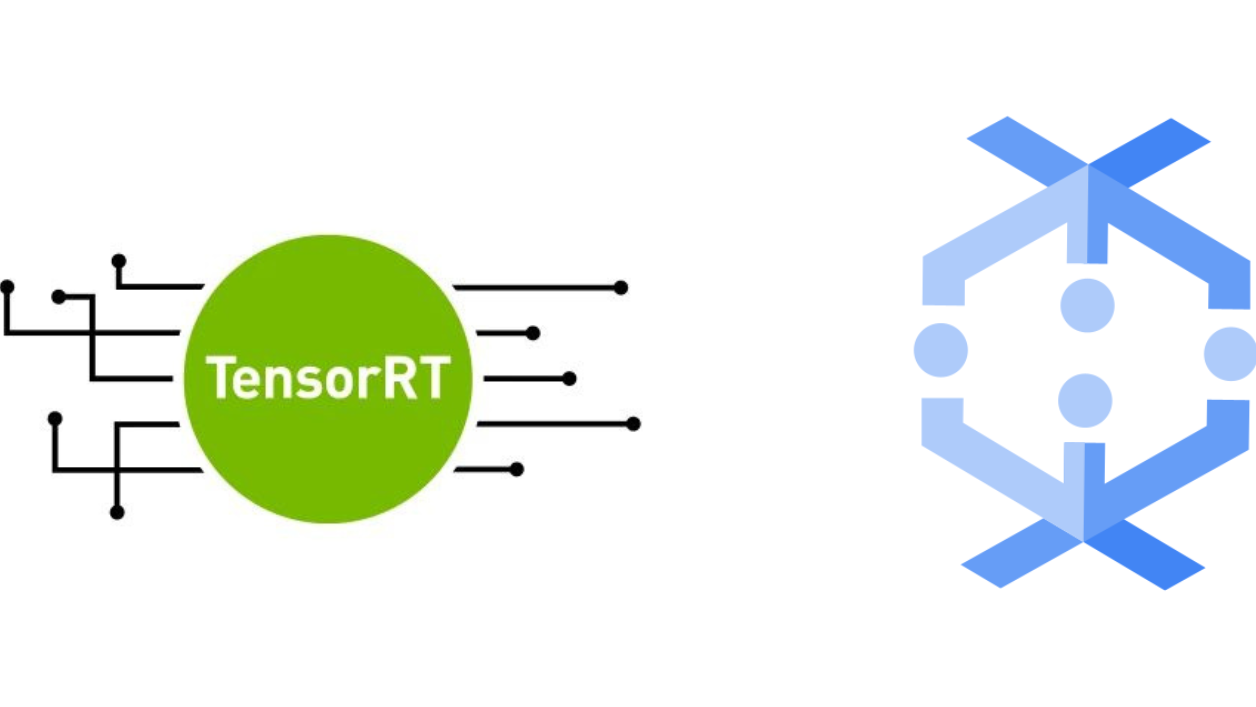 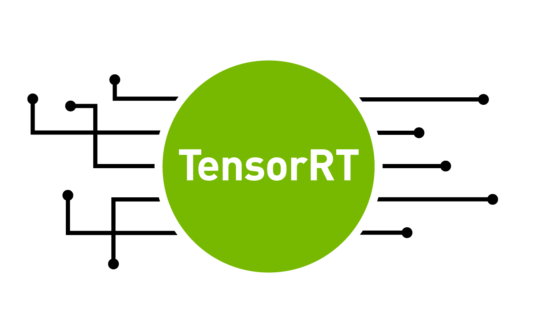