The August release (21.08) of RAPIDS Accelerator for Apache Spark is now available. It has been a little over a year since the first release at NVIDIA GTC 2020. We have improved in so many ways, particularly in terms of ease-of-use with minimal to no-code change for Apache Spark applications. This last year, the team has been focused on adding both functionality and continuously improving performance. As a testament to that, we periodically measure performance and functionality over time with the NVIDIA Data Science (NDS) benchmark at a scale factor of 3,000 (3 TB uncompressed). In this release, apart from adding new features, we are extremely proud to make progress on improving end-to-end speed for all passing queries and lowering the total cost of ownership for NVIDIA EGX servers.

NVIDIA Decision Support (NDS) is our adaptation of an industry-standard data science benchmark often used in the Apache Spark community. NDS consists of the same 105 SQL queries as the industry standard benchmark TPC-DS, but has modified parts for dataset generation and execution scripts. In our GTC 2021 update, we had 95 queries passing. With the 21.08 release, with new features such as out-of-core group by, window rank, and dense_rank, we have enabled all of the 105 queries to run on the GPU.

Based on this release, we are excited to show that all the 105 queries can now run without any code change on the GPU.

The Profiling & Qualification tool, released in 21.06, saw positive feedback from the user community as well as requests for new features. In 21.08 the qualification tool now has the ability to handle event logs generated by Apache Spark 2.x versions. The tool will also support event logs generated by AWS EMR 6.3.0, Google Dataproc 2.0, Microsoft Azure Synapse, and the Databricks 7.3 and 8.2 runtimes. The qualification tool will no longer require a Spark runtime. Users can now use the qualification tool with just Apache Spark 3.x jars on their machine. The latest version also has new filtering capabilities to choose event logs. The tool also looks for read data formats and types that the plugin doesn’t support and removes these from the score (based on the total task time in SQL Dataframe operations). The output will be reported in a concise format on the terminal and a detailed analysis of each of the processed event logs will be stored as a csv output.

This release adds more functionality for arrays and structs. We can now do a union on multi-level struct data types and can also write array data types in Parquet format. We have added rank and dense_rank window functions to the existing lead, lag and row_number functionality. With this added functionality, the RAPIDS Accelerator can now support the most commonly used window operators in SQL. For the timestamp operators, we have added support for LEGACY timestamps. With this functionality, users can read legacy timestamp formats supported in Spark 2.0. For Databricks users, we have added the ability to cache data in GPU (this was already supported for all other platforms).

We continue to make the user experience better with the ability to handle datasets that spill out of GPU memory for group by and windowing operations. This improvement will save users time creating partitions to avoid out-of-memory errors on the GPU. Similarly, the adoption of UCX 1.11 has improved error handling for RAPIDS Spark Accelerated Shuffle Manager.

Join us for “Accelerate Data Pipelines with NVIDIA RAPIDS Accelerator for Spark” to learn how Informatica is removing the barrier to using GPUs, unlocking dramatic performance improvements in operationalizing machine learning projects at scale. You can read more about this online seminar and register here.

As we noted in the last release, we moved to CalVer and a bi-monthly release cadence since the last release (21.06). The upcoming versions will add expanded support for additional decimal types and continue to add more nested data type support for multi-level struct and maps. In addition, lookout for micro-benchmarks with code-samples and notebooks that will highlight operations best suited for GPUs. We want to hear from you, the users. Reach out to us on GitHub and let us know how we can continue to improve your experience using RAPIDS Spark.

About Eric Rife
Eric Rife is A Technical Marketing Manager at NVDIA Data Science. He is a senior professional with twenty five years of management and engineering experience designing and administering 24x7 mission critical enterprise systems ranging from Unix/Linux/Windows servers, application servers and multi-petabyte storage solutions. He currently leads efforts at NVIDIA to help infrastructure managers and data scientists rethink how they can accelerate the adoption of AI in enterprise business applications.
View all posts by Eric Rife 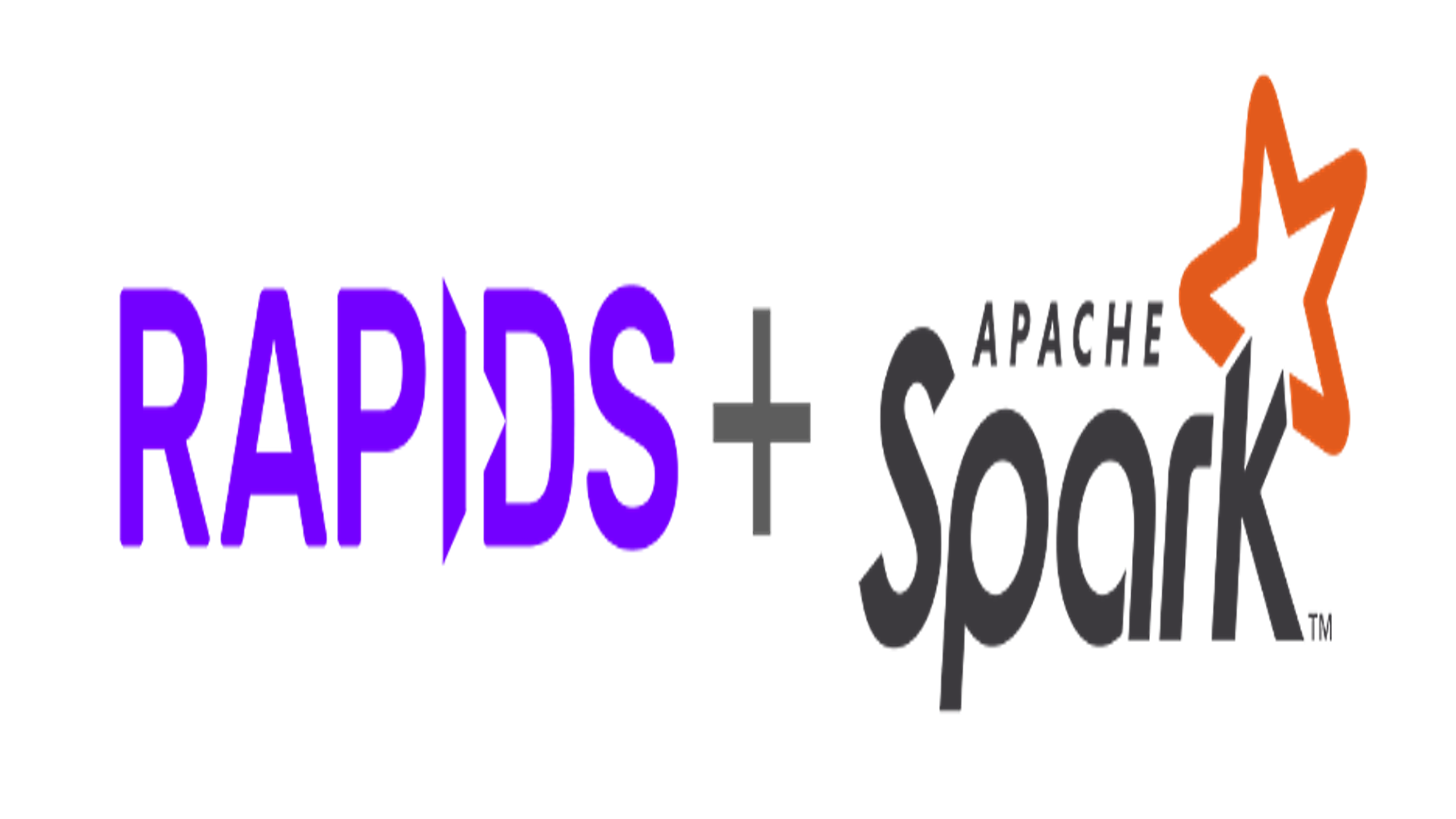 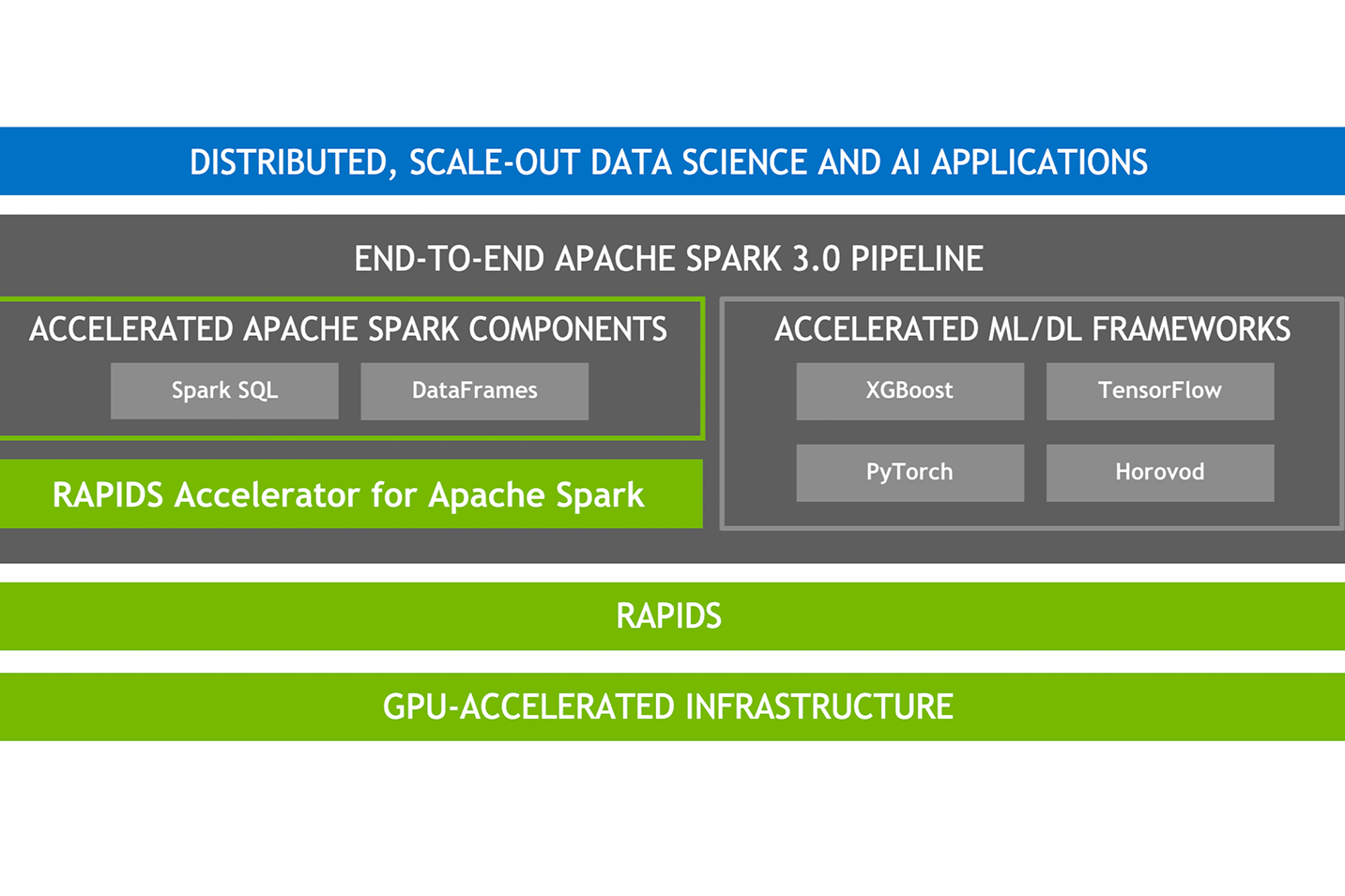 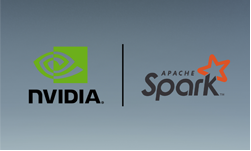