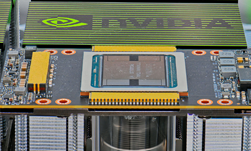 NVIDIA and Mellanox today announced that the companies have reached a definitive agreement under which NVIDIA will acquire Mellanox. The acquisition will unite two of the world’s leading companies in high performance computing (HPC).

Together, NVIDIA’s computing platform and Mellanox’s interconnects power over 250 of the world’s TOP500 supercomputers and have as customers every major cloud service provider and computer maker.

The companies have a long history of collaboration and joint innovation, reflected in their recent contributions in building the world’s two fastest supercomputers, Sierra and Summit, operated by the U.S. Department of Energy.

Many of the world’s top cloud service providers also use both NVIDIA GPUs and Mellanox interconnects. NVIDIA and Mellanox share a common performance-centric culture that will enable seamless integration.