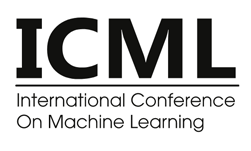 Today the International Conference on Machine Learning (ICML) presented the ‘Outstanding Paper Award’ to researchers from NVIDIA, Stanford University, and Bar Ilan University for their paper, On Learning Sets of Symmetric Elements.

The work introduces a principled approach to learning sets of general symmetric elements that can be used in a variety of applications including deblurring image bursts to multi-view 3D shape recognition and reconstruction.

“Our research proves theoretically what deep neural network architectures should be used when learning across sets of complex objects, where by complex we mean that the objects assume a special structure which we refer to as symmetry,” the researchers stated in their paper. “We also show empirically that this architecture achieves superior results in a range of problems over images, graphs, and 3D point clouds.”

The researchers say their architectures can be used to reduce noise and identify action highlights given a set of images.

One example the researchers tried to solve is to identify the best image in an unordered photo collection of the same scene.

As it turns out, similar structures are present when working with sets of sounds, signals, images, 3D point-clouds and even networks. In all of these cases, the elements are ordered arbitrarily, and each element has a special symmetric structure,” the researchers explained.

“Our proposed solution is extremely easy to implement, and can be easily integrated with existing network architectures,” the researchers stated.

Additional papers being presented at ICML by NVIDIA researchers and collaborators include: