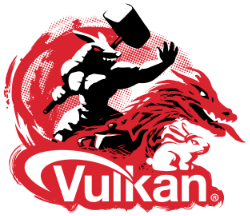 Vulkan is a low-overhead, cross-platform 3D graphics and compute API targeting a wide variety of devices from cloud gaming servers, to PCs and embedded platforms. The Khronos Group manages and defines the Vulkan API.

NVIDIA Nsight™Systems provides developers with a unified timeline view which displays how applications use computer resources. This low-overhead performance analysis tool helps developers analyze and optimize their application’s algorithms, running across the CPU and GPU.

Nsight Systems assists identifying performance issues such as GPU starvation, unnecessary CPU and GPU synchronizations, insufficient CPU parallelization or pipelining, and unexpectedly expensive CPU or GPU algorithms. Nsight Systems employs low-overhead tracing and sampling techniques to collect process and thread activity. It correlates profiling data across CPU cores and GPU queues. This correlation enables developers to investigate bottlenecks from the “scene of the crime” back to the origins of the performance issue.

Nsight Systems displays data in a unified timeline view, combining CPU and GPU activities, together with other activities into a single timeline. The timeline comprises multiple rows, each displaying different data. Let’s dive into the timeline’s rows to see how these can help profile your Vulkan based application.

Figure 3 demonstrates threading and synchronization related issues. When a thread is blocked, contextual cues and tooltips present the blocking reason.

The Swap Chain row seen in figure 6 displays the available swap chains and the time periods where vkQueuePresentKHR was executed on each swap chain.

In addition, you can see VK_EXT_debug_utils labels on both the CPU and the GPU.

Clicking on a GPU workload highlights the corresponding vkQueueSubmit call, and vice versa.

Figure 10 highlights the Frame Duration section displays frame durations on both the CPU and the GPU.  The colors alternate tones to improve visibility.

The stutter row highlights frames that are significantly longer than the other frames in their immediate vicinity. You do this by comparing the duration of each frame to the median duration of the surrounding 19 frames. This feature lets developers easily identify local frame-time stuttering. Red indicates local frame stutter greater than 50%, as shown in figure 11.

Nsight Systems is free to download and use. It can be downloaded from https://developer.nvidia.com/nsight-systems. Vulkan support requires 64-bit Windows and Linux running on NVIDIA GPUs. You’ll need NVIDIA driver version 418.56 or higher.

Using NVIDIA Nsight Systems in Containers and the Cloud
By Holly Wilper and Scott McMillan | January 29, 2020