Generating New Insights about Opioids with the Summit Supercomputer 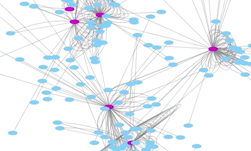 The opioid crisis has become one of the worst epidemics in U.S. history, claiming thousands of lives every year. In 2016, over 50,000 people died from opioid overdoses, and in 2017 it is predicted that over 72,000 people died from drug overdoses.
To help get a better understanding of how opioids interact with human genes, researchers from the Oak Ridge National Laboratory have enlisted the help of deep learning and Summit, the world’s fastest supercomputer.
Using Sierra’s 17,280 NVIDIA Tesla V100 Tensor Core GPUs to run their code, a team from the laboratory’s biosciences division has taken on a project to study possible genetic mutations that could lead to a disposition towards addiction.
“We’ve been dreaming about solving these types of problems for years,” said Dan Jacobson, Chief Scientist in the Computational Systems Biology division at the Oak Ridge National Laboratory. “We really want to understand how life works at the molecular level,” he explained.
According to Jacobson, ten percent of people who are prescribed opioids go on to full-blown addiction. “The fact that only ten percent become addicted means that there’s probably a complex genetic architecture that gives them a propensity towards addiction,” he said.
Specifically, Jacobson is looking for genetic mutations that correlate with opioid addiction in the general population. “The number of calculations you have to do is very high, so we’ll be using Summit to run the CoMet code, which gives us coevolutionary patterns and different AI approaches,” he said.
The work is the first application running at exascale, which refers to one billion billion calculations per second for each exaFLOP. So far the team has achieved 2.36 exaFLOPS in running their algorithm.

“Tensor Cores are incredibly efficient at these mixed precision calculations, so they give us a huge boost in performance,” Jacobson said.
Jacobson says the techniques developed for the opioid addiction study will lead to discoveries in other domains. “We can use the same tools, in combination with phenotypes and genomes to discover the complex genetic architectures responsible for opioid addiction in people or cell wall construction in plants,” he said.
Because of the similarities in the research, the team plans to also study Alzheimer’s, dementia, prostate cancer, cardiovascular disease, and others.
“We can now start to answer scientific questions that were literally impossible earlier this year,” Jacobson said.
Dan Jacobson will be speaking in NVIDIA’s in-booth theater at SuperComputing in Dallax, Texas next week. See the full theater schedule and all of NVIDIA’s activities at the show.
Read more> 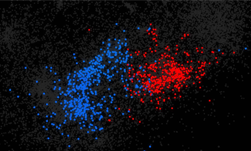 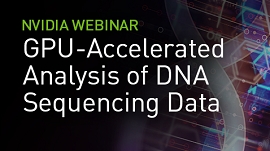 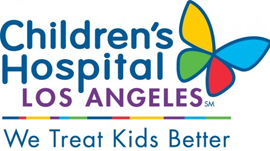 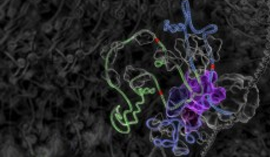