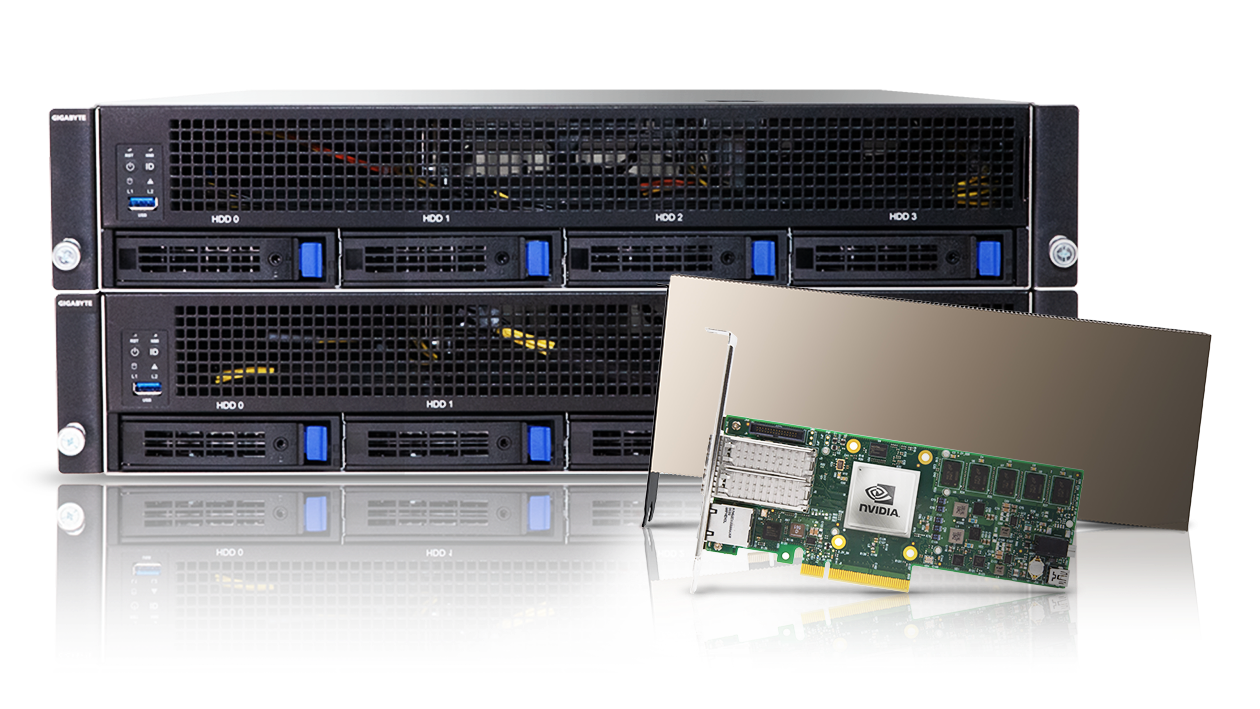 The NVIDIA Arm HPC Developer Kit is an integrated hardware and software platform for creating, evaluating, and benchmarking HPC, AI, and scientific computing applications on a heterogeneous GPU- and CPU-accelerated computing system. NVIDIA announced its availability in March of 2021.

The Oak Ridge National Laboratory Leadership Computing Facility (OLCF) integrated the NVIDIA Arm HPC Developer Kit into their existing Wombat Arm cluster. Application teams worked to build, validate, and benchmark several HPC applications to evaluate application readiness for the next generation of Arm- and GPU-based HPC systems. The teams have jointly submitted for publication in the IEEE Transactions on Parallel and Distributed Systems Journal demonstrating that the suite of software and tools available for GPU-accelerated Arm systems are ready for production environments. To learn more, see Early Application Experiences on a Modern GPU-Accelerated Arm-based HPC Platform.

Wombat is an experimental cluster equipped with Arm-based processors from various vendors. It is operational from 2018. The cluster is managed by the OLCF and is freely accessible to users and researchers.

At the time of the study, the cluster consisted of three types of compute nodes:

These three types of nodes share a common TX2-based login node, Arm-based, and all nodes are connected through InfiniBand EDR and HDR.

Table 1 summarizes the final list of applications and their various characteristics. The applications cover eight different scientific domains and include codes written in Fortran, C, and C++. The parallel programming models used were MPI, OpenMP/OpenACC, Kokkos, Alpaka, and CUDA. No changes were made to the application codes during the porting activities. The evaluation process primarily focused on application porting and testing, with less emphasis on absolute performance considering the experimental nature of the testbed.

This post covers results for four of the applications. To learn more about the other applications, see Early Application Experiences on a Modern GPU-Accelerated Arm-based HPC Platform.

Figure 1 shows the performance of Wombat’s ThunderX2 and Ampere Altra processors and NVIDIA A100 and V100 GPUs relative to the POWER9 processor on Summit. For Ampere Ultra, NVIDIA V100, and A100, speedups of 1.8x, 6.9x, and 13.3x, respectively, were observed.

Table 2 shows average wall-clock times and relative performance metrics for the different hardware. The Time column has little absolute meaning, with the relative performance being the most meaningful (also shown in the last column). All comparisons use either the NVHPC v22.1 or GCC v11.1 compilers as indicated. The CPU wall-clock times are normalized by the number of CPU cores per chip. The results show that the A100 GPU is 1.72x faster than the V100 on Summit.

NAMD and VMD for biomolecular dynamics simulation and visualization

Table 3 shows that the simulations on A100 for NAMD are as much as 50% faster than on the V100. Similar performance is demonstrated between Cavium ThunderX2 and IBM POWER9, with the latter benefiting from its low latency NVIDIA NVLink connection between CPU and GPU.

QMCPACK is an open-source, high-performance Quantum Monte Carlo (QMC) package that solves the many-body Schrödinger equation using a variety of statistical approaches. The few approximations made in QMC can be systematically tested and reduced, potentially allowing the uncertainties in the predictions to be quantified at a trade-off of the significant computational expense compared to more widely used methods such as density functional theory.

As shown in Figure 2, single A100 GPU runs on Wombat outperform those on V100s, with significantly larger throughput for nearly all problem sizes. Wombat’s A100 2 GPUs are significantly more performant for the largest and most computationally challenging case. For these system sizes, greater GPU memory is the most significant factor in increased performance.

The research teams working with the NVIDIA Arm HPC Developer Kit as part of the Wombat cluster said, “In our deployment of Wombat testbed nodes incorporating NVIDIA VGPUs, we found that general cluster setup was made easier by contributions across the stack from Arm Server Ready firmware OSes, software, libraries, and end-user packages.”

“Many of the GPU-accelerated applications tested in this study derived most of their performance from application kernels optimized for the GPU architecture,” they added. “This does not negate the importance of testing new Arm and GPU platforms. We noted that the biggest limitations seemed to be related to limited GPU memory sizes and the mechanisms used to migrate and keep data near the GPU accelerators.”

The NVIDIA Arm HPC Developer Kit was developed to offer customers a stable hardware and software platform for development and performance analysis of accelerated HPC, AI, and scientific computing applications in the Arm Ecosystem. The NVIDIA Grace Hopper Superchip combines the very high single threaded performance of 72 Arm Neoverse V2 CPU cores with the next generation of NVIDIA Hopper H100 GPUs to offer unparalleled performance for HPC and AI applications. The NVIDIA Grace Hopper Superchip innovates by connecting the CPU to the GPU through NVLink-C2C, which is 7x faster than the PCIe Gen5 and supporting 3.5 TB/s of memory bandwidth through LPDDR5X and HBM3 memory.

Systems based on the NVIDIA Grace Hopper Superchip will be available from leading Original Equipment Manufacturers in the first half of 2023. Customers interested in getting a head start on moving applications to the Arm Ecosystem can still purchase an NVIDIA Arm HPC Developer Kit from Gigabyte Systems.

About Neeraj Srivastava
Neeraj Srivastava is a Senior Product Marketing Manager at NVIDIA, focused on NVIDIA’s Datacenter CPU products. Prior to NVIDIA, he worked in marketing & technology roles at IBM, Dell and Flex. Neeraj received a BS EE from University of California, Los Angeles.
View all posts by Neeraj Srivastava