When I profile MPI+CUDA applications, sometimes performance issues only occur for certain MPI ranks. To fix these, it’s necessary to identify the MPI rank where the performance issue occurs. Before CUDA 6.5 it was hard to do this because the CUDA profiler only shows the PID of the processes and leaves the developer to figure out the mapping from PIDs to MPI ranks. Although the mapping can be done manually, for example for OpenMPI via the command-line option --display-map, it’s tedious and error prone. A solution which solves this for the command-line output of nvprof is described here http://www.parallel-computing.pro/index.php/9-cuda/5-sorting-cuda-profiler-output-of-the-mpi-cuda-program . In this post I will describe how the new output file naming of nvprof to be introduced with CUDA 6.5 can be used to conveniently analyze the performance of a MPI+CUDA application with nvprof and the NVIDIA Visual Profiler (nvvp).

nvprof supports dumping the profile to a file which can be later imported into nvvp. To generate a profile for a MPI+CUDA application I simply start nvprof with the MPI launcher and up to CUDA 6 I used the string “%p” in the output file name. nvprof automatically replaces that string with the PID and generates a separate file for each MPI rank. With CUDA 6.5, the string “%q{ENV}” can be used to name the output file of nvprof. This allows us to include the MPI rank in the output file name by utilizing environment variables automatically set by the MPI launcher (mpirun or mpiexec). E.g. for OpenMPI OMPI_COMM_WORLD_RANK is set to the MPI rank for each launched process.

The output files produced by nvprof can be either read by nvprof to analyze the profile one rank at a time (using --import-profile) or imported into nvvp. Since CUDA 6 it’s possible to import multiple files into the same time-line as described here. This significantly improves the usability of nvvp for MPI applications.

The analysis process can be further improved by using NVTX and naming the CPU threads and CUDA devices according to the MPI rank associated to them. With CUDA 7.5 you can name threads just as you name output files with the command line options --context-name and --process-name, by passing a string like “MPI Rank %q{OMPI_COMM_WORLD_RANK}” as a parameter. Before CUDA 7.5 you can achieve the same result by using NVTX explicitly from your application:

Instead of naming the CUDA devices it’s also possible to name the GPU context:

To guarantee that cuCtxGetCurrent picks the right context, it’s required that a CUDA Runtime call is made between the calls to cudaSetDevice and cuCtxGetCurrent.

To collect application traces and analyze the performance of MPI applications, well established and much more sophisticated tools like Score-P, Vampir or TAU exists. These tools use our profiling interface CUPTI to assess MPI+CUDA applications and also offer advanced support to detect MPI and CPU related performance issues.

Following the above approach many performance issues of MPI+CUDA applications can be identified with NVIDIA tools and NVTX can be used to improve working with these profiles. Besides the NVTX resource naming, everything described here works equally well with MPI+OpenACC applications.

About Jiri Kraus
Jiri Kraus is a senior developer technology engineer with NVIDIA, where he works as a performance expert for GPU high performance computing applications. Jiri has over eight years of experience in scientific computing and HPC. A primary focus of his work is multi-GPU programming models.
View all posts by Jiri Kraus 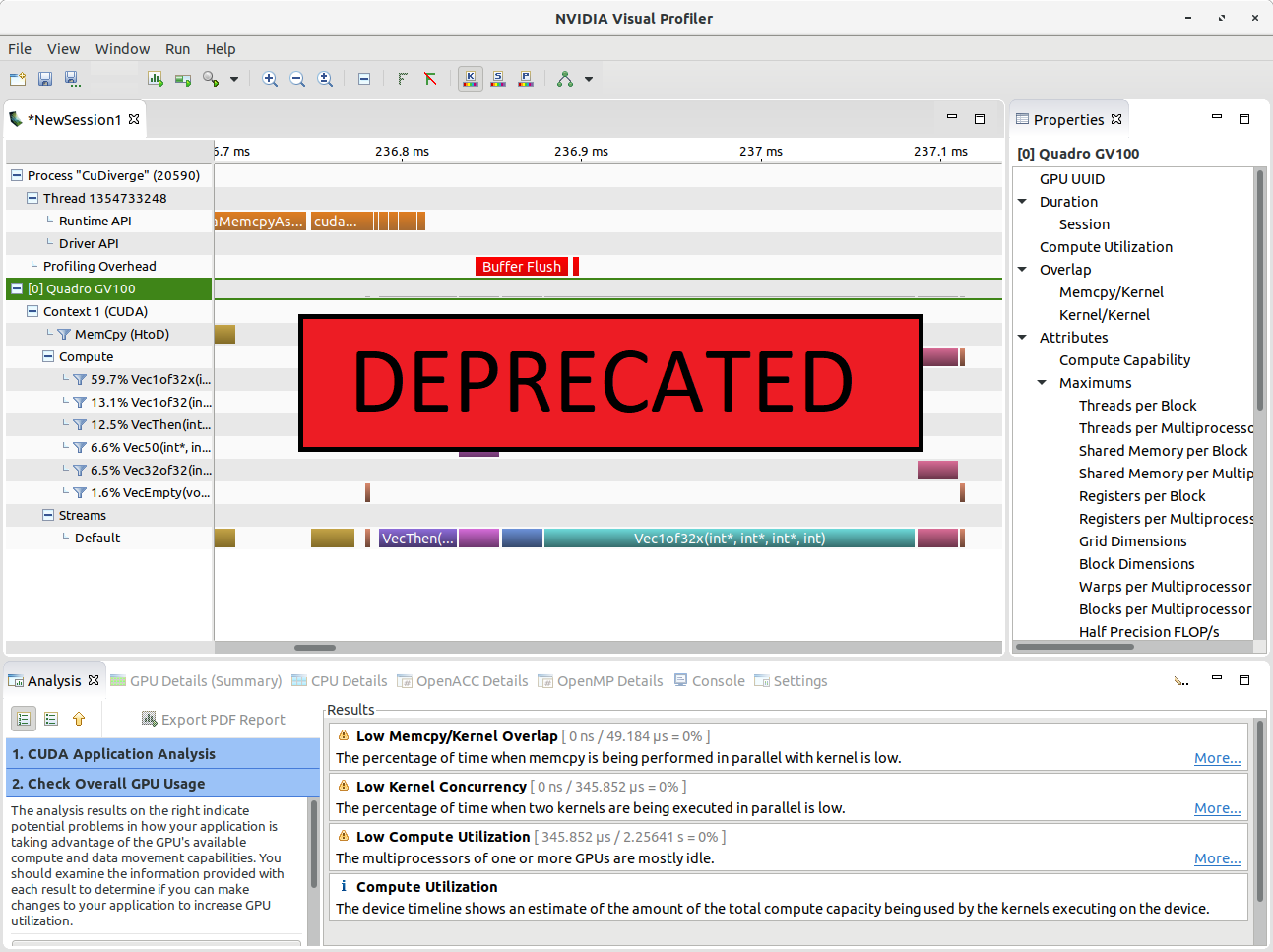 Accelerated Computing CUDA Pro Tip: Clean Up After Yourself to Ensure Correct Profiling