To date, Clara Parabricks has demonstrated 60x accelerations for state-of-the-art bioinformatics tools for whole genome workflows (end-to-end analysis in 22 minutes) and exome workflows (end-to-end analysis in 4 minutes), compared to CPU-based environments. Large-scale sequencing projects and other whole genome studies are able to analyze over 60 genomes/day on a single DGX server while both reducing the associated costs and generating more useful insights than ever before.

While whole genome sequencing (WGS) is growing due to large-scale population initiatives, gene panels still dominate clinical genomic analysis. With time being one of the most important factors in clinical care, accelerating and simplifying gene-panel workflows is incredibly important for clinical sequencing centers. By further reducing the analysis bottleneck associated with gene panels, these sequencing centers can return results to clinicians faster, improving the quality of life for their patients.

Cancer samples used for gene panels are commonly derived from either a solid tumor or consist of cell-free DNA from the blood (liquid biopsies) of a patient. Compared to the discovery work in WGS, gene panels are narrowly focused on identifying genetic variants in known genes that either cause disease or can be targeted with specific therapies.

Gene panels for inherited diseases are often sequenced to 100x coverage while gene panels in cancer sequencing are sequenced to a much higher depth, up to several 1,000x for liquid biopsy samples. The higher coverage is required to detect lower frequency somatic mutations associated with cancer.

To improve the limit of detection for these gene panels, molecular barcodes or UMIs are used, as they significantly reduce the background noise. This limit of detection is pushed for liquid biopsies, and can include tens of thousands coverage in combination with UMIs to identify those needle-in-the-haystack somatic mutations circulating in the bloodstream. High-depth gene-panel sequencing can reintroduce a computational bottleneck in the required processing of many more sequencing reads.

With Clara Parabricks, UMI gene panels can now be processed 10x faster than traditional workflows, generating results in less than an hour.

The analysis workflow is also simplified. From raw FASTQ to consensus FASTQ, a single command line runs multiple inputs compared to the traditional Fulcrum Genomics (Fgbio) equivalent as seen in the example below.

RNA-Seq support with Arriba and Kallisto

Just as gene panels are important for sequencing cancer analysis, so too are RNA-Seq workflows for transcriptome analysis. In addition to STAR-fusion, Clara Parabricks v3.7 now includes Arriba, a fusion detection algorithm based on the STAR RNA-Seq aligner. Gene fusions, in which two distinct genes join due to a large chromosomal alteration, are associated with many different types of cancer from leukemia to solid tumors.

To support genotyping of short tandem repeats (STRs) from short-read sequencing data, ExpansionHunter support has been added to Parabricks v3.7. STRs, also referred to as microsatellites, are ubiquitous in the human genome. These regions of noncoding DNA have accordion-like stretches of DNA containing core repeat units between two and seven nucleotides in length, repeated in tandem, up to several dozen times.

There are a number of regions in the human genome consisting of such repeats, which can expand in their number of repetitions, causing disease. Fragile X Syndrome, ALS, and Huntington’s Disease are well-known examples of repeat-associated diseases.

ExpansionHunter aims to estimate sizes of repeats by performing a targeted search through a BAM/CRAM file for sequencing reads that span, flank, and are fully contained in each STR.

The addition of somatic callers and support of archived data

The previous releases of Clara Parabricks in 2021 brought a host of new tools, most importantly the addition of five somatics callers—MuSE, LoFreq, Strelka2, Mutect2, and SomaticSniper—for comprehensive cancer genomic analysis.

In addition, tools were added to take advantage of archived data in scenarios when original FASTQ files were deleted to save storage space. BAM2FASTQ is an accelerated version of GATK Sam2fastq, which converts an existing BAM or CRAM file to a FASTQ file. This allows users to realign sequencing reads to a new reference genome which will enable more variants to be called, along with providing researchers capabilities to normalize all their data to the same reference. Using the existing fq2bam tool, Clara Parabricks can realign reads from one reference to another in under 2 hours for a 30X whole genome. 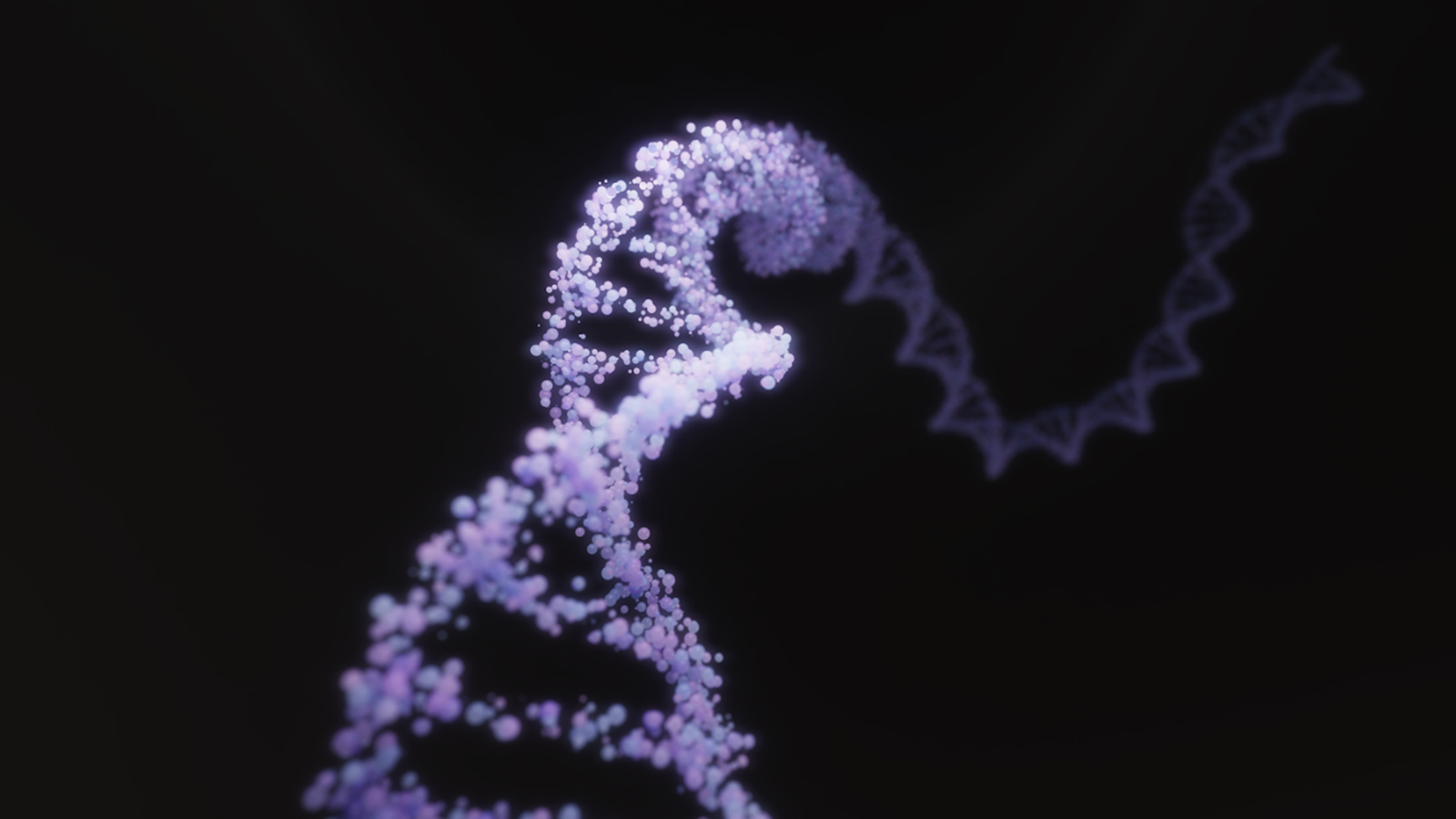 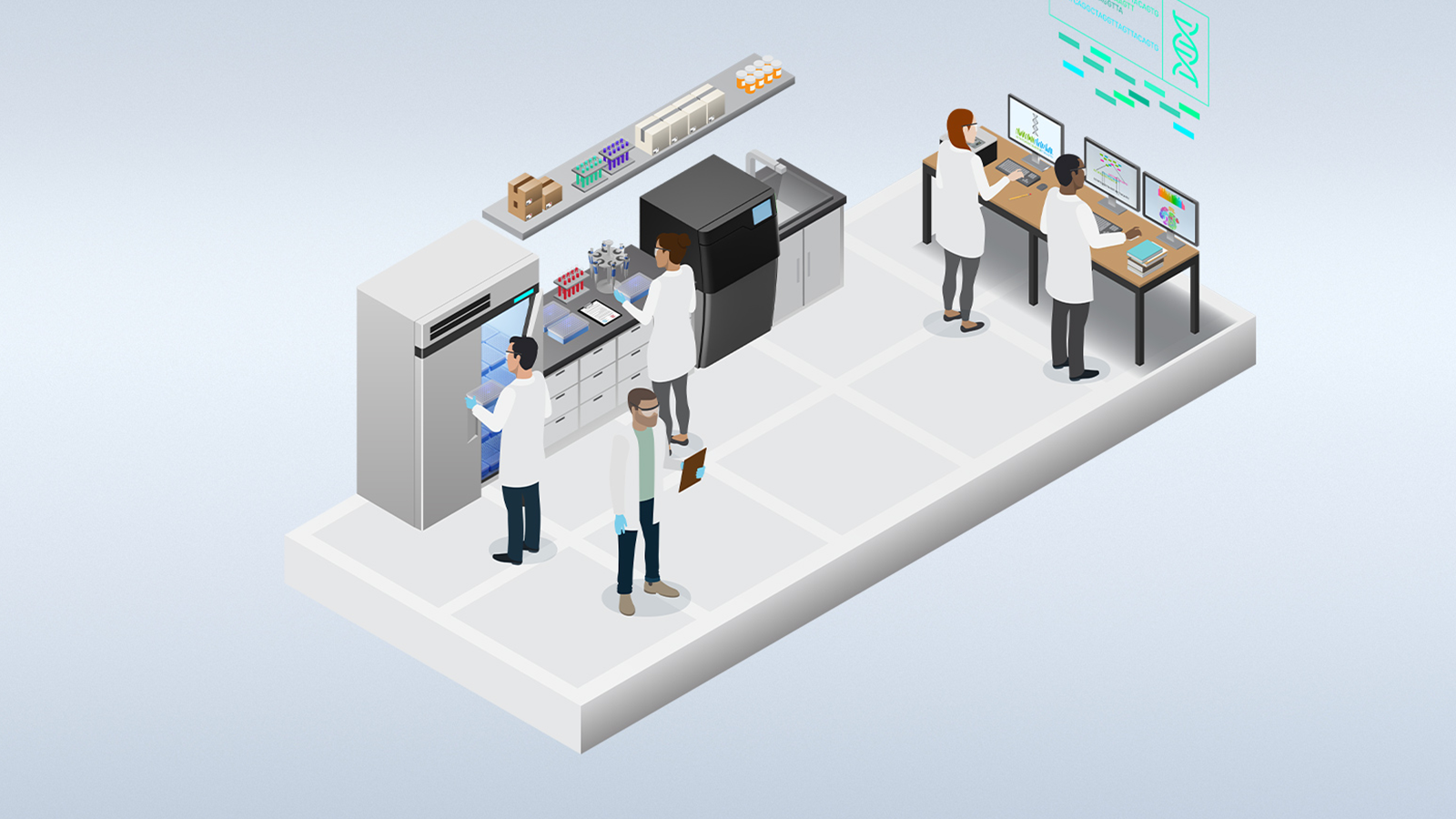 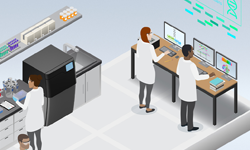 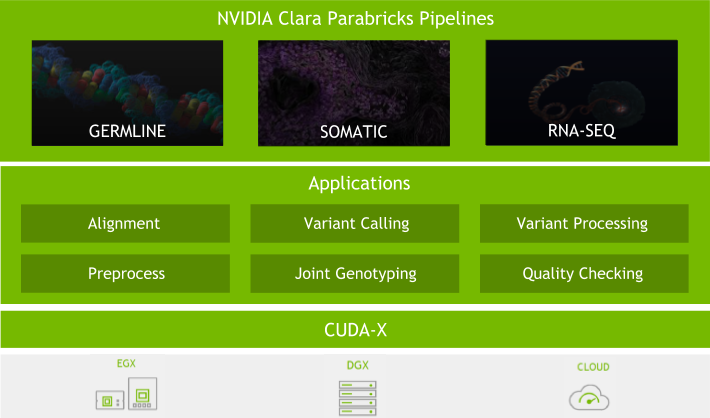