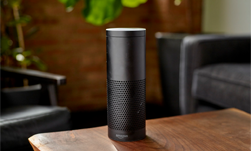 To improve how natural language processing (NLP) systems such as Alexa handle complex requests, Amazon researchers, in collaboration with the University of Massachusetts Amherst, developed a deep learning-based, sequence-to-sequence model that can better handle simple and complex queries.

“Virtual assistants such as Amazon Alexa, Apple Siri, and Google Assistant often rely on a semantic parsing component to understand which action(s) to execute for an utterance spoken by its users,” the researchers stated in a paper published on ArXiv, Don’t Parse, Generate! A Sequence to Sequence Architecture for Task-Oriented Semantic Parsing.

Based on a sequence-to-sequence model and pointer-generator network, the approach does not impose restrictions on the semantic parsing schema. They say it achieves state-of-the-art performance, with improvements between 3.3% and 7.7% percent.

Despite major breakthroughs in NLP systems, this task remains a challenging one, the team said. This is due to the sheer number of possible combinations that a user can express in a voice command.

On the training side, all the models are trained using eight NVIDIA V100 GPUs, each with 16 GB memory, on the Amazon Web Services cloud.

In another ArXiv paper by Amazon researchers, Pre-training For Query Rewriting In A Spoken Language Understanding System, the team also used NVIDIA V100 GPUs with PyTorch to train an AI system in automatically rewriting complex queries and improving Alexa’s understanding of those queries.

Both papers highlight the ongoing research to accelerate NLP systems with the end goal of improving tools such as Alexa.