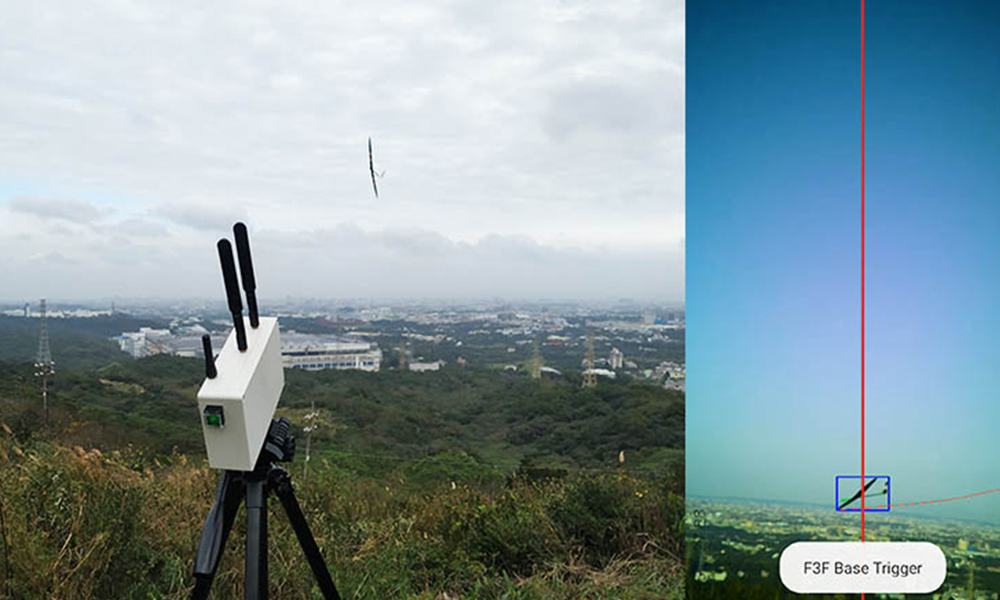 Steve Chang won the Jetson Project of the Month for Dragon Eye – an electronic judging system for glider races. The project, which runs on an NVIDIA Jetson Nano Developer Kit, helps count completed laps of a radio controlled slope glider on a course.

F3F is a timed speed competition for radio-controlled gliders. The goal of each pilot is to fly the glider ten laps on a 100-meter course in the shortest possible time. The top pilots in good conditions fly around ten laps in 30 to 40 seconds. To adjudicate this event, a judge needs to count the laps when the glider breaches the ends of the course, named Base A and Base B. One can imagine the judging to be a tedious and error-prone task worth automating. Steve, an accomplished F3F pilot, did just that by building Dragon Eye.

Steve’s setup for the Dragon Eye includes a Jetson Nano, two Raspberry Pi Camera Modules v2 (for different angles of view), a cooling fan for Jetson Nano, USB WiFi dongle and a few other peripherals. He wrote the code in C/C++ using Gstreamer and OpenCV libraries. The Gstreamer library was used to set up an RTSP server to stream the captured video to Jetson Nano. To identify and track the glider in the sky, Steve used the background subtraction algorithm running on Jetson Nano (implemented using OpenCV’s BackgroundSubtractorMOG2 class). Steve used the JetsonGPIO library to trigger custom alerts (e.g. to play a chime) when the glider completes a lap.  Lastly, he built an Android mobile application to control Dragon Eye and display the results of an event.

Dragon Eye – Tracking the glider and counting the laps

Steve has been improving this project over the last several months and has plans to add a 3D print layout of the camera mount to this project. We will be on the lookout for the Dragon Eye at the next F3F competition and we hope Steve’s gliders continue to soar to new heights. For developers and users to build their own version of this system, Steve has shared the bill of materials and the source code here.

Do you have a Jetson project to share? Post it on our forum for a chance to be featured here. Every month, we’ll award one Jetson AGX Xavier Developer Kit to a project that’s a cut above the rest for its application, inventiveness and creativity.

About Kalyan Meher Vadrevu
Kalyan Vadrevu works on the developer marketing team at NVIDIA focused on Jetson for AI education programs and promoting the work of the Jetson developer community. Prior to NVIDIA, he worked at Microsoft and Nokia on their developer relations and SDK marketing teams. Kalyan graduated from Indiana University, Bloomington.
View all posts by Kalyan Meher Vadrevu