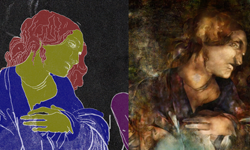 We first told you about their work in 2019 when they recreated a lost Picasso painting.

Now as part of the GTC AI Art Gallery, artists George Cann and Anthony Bourached, and their company Oxia Palus, are debuting a recreated a masterpiece, a lost Leonardo da Vinci painting.

The painting seen below, and shown publicly for the first time, is called Madonna.

Using NVIDIA’s pix2pixHD model, the artists trained a neural network on 225 paintings by Leonardeschi, a group of artists that worked in the studio of or under the influence of Leonardo da Vinci.

To achieve the breakthrough, the team first manually aligned da Vinci’s Virgin on the Rocks from Imperial College London, with an x-ray trace taken by the National Gallery in London.

The team then used AI to segment the image. Once the model is run, AI helps transforms the augmented parts of the image into a painting in the likeness of da Vinci’s work.

After an exploration of the set of possible solutions, the artists manually select the most aesthetically pleasing result, bringing to life a lost da Vinci. 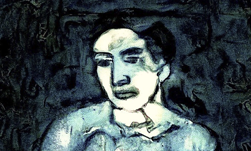 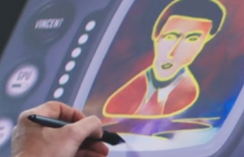 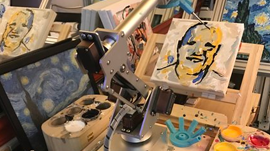