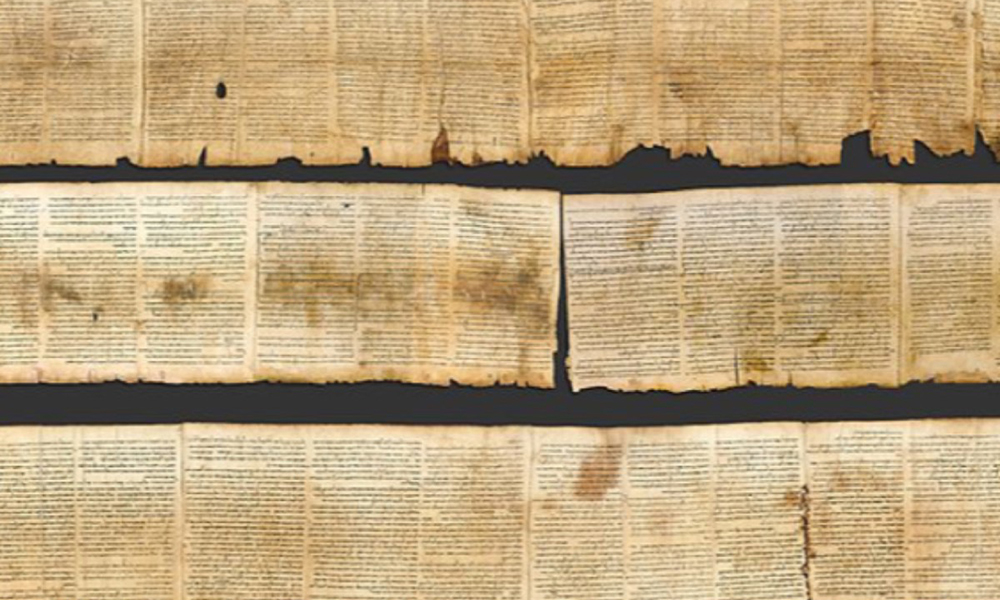 Researchers from the Netherlands’ University of Groningen have used AI to reveal that the Great Isaiah Scroll — the only entirely preserved volume from the original Dead Sea Scrolls — was likely copied by two scribes who wrote in a similar style.

While most scholars long believed the Isaiah Scroll’s 17 sheets of parchment were copied by a single scribe around the second century BCE, others suggested that it was the work of two scribes who each wrote half the text.

These theorists “would try to find a ‘smoking gun’ in the handwriting, for example, a very specific trait in a letter that would identify a scribe,” said Mladen Popović, director of the University of Groningen’s Qumran Institute, which is dedicated to the study of the Dead Sea Scrolls.

But even a single scribe’s writing could have some natural variation across the text, caused by fatigue, injury, or even a change in writing implements. And analyzing these variations by traditional paleographic methods is impractical for a text as lengthy as the Isaiah Scroll, which contains more than 5,000 occurrences of just the letter aleph, or “a.”

Popović and his collaborators thought AI could help process the rich data from a digital copy of the text. In a recent PLOS One article, the team details how they used pattern recognition and AI techniques to pinpoint an area halfway through the scroll where there is an apparent transition from one scribe’s handwriting to another’s.

After using an artificial neural network to separate the inked letters from the parchment on images of the Isaiah Scroll, the team used a Kohonen network, a type of unsupervised learning model, to collect multiple examples of the same characters in the text.

Precisely capturing the original writing “is important because the ancient ink traces relate directly to a person’s muscle movement and are person-specific,” said Lambert Schomaker, paper co-author and professor at the University of Groningen.

The group ran the neural networks using CUDA and NVIDIA GPUs in the university’s Peregrine HPC cluster, which includes over 200,000 CUDA cores.

To help check their results, the researchers added extra noise to the data, and found the AI analysis still came to the same conclusion. They also created heat maps that averaged how individual characters appeared in the first and second halves of the scroll, helping scholars visualize the difference between the sections.

The researchers plan to apply this methodology to additional parchments that make up the Dead Sea Scrolls.

“We are now able to identify different scribes,” said Popović.”We will never know their names. But after seventy years of study, this feels as if we can finally shake hands with them through their handwriting.”

Read the full paper in PLOS One >>