Using Calibration to Translate Video Data to the Real World 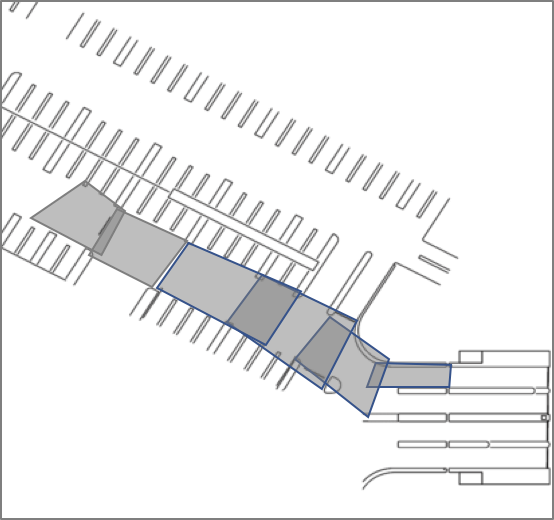 DeepStream SDK 3.0 is about seeing beyond pixels. DeepStream exists to make it easier for you to go from raw video data to metadata that can be analyzed for actionable insights. Calibration is a key step in this process, in which the location of objects present in a video stream is translated into real-world geo-coordinates. This post walks through the details of calibration using DeepStream SDK 3.0.

The DeepStream SDK is often used to develop large-scale systems such as intelligent traffic monitoring and smart buildings. This approach to calibration is meant for complex, scalable environments like these, and does not require a physical presence at the site.

One of the big issues with extracting usable data from video streams is taking an object detected by the camera and translating it into a geo-location. Take a traffic camera as an example. When the camera sees a car, the raw image of the car isn’t useful to a smart cities system on its own. The car would ideally be placed in an information grid that also projects a live bird’s eye view of the activities in the city for the operator’s use.

Doing this means translating that camera image into latitude and longitude coordinates corresponding to the car’s location on that intersection. Technically, this is a transformation from the image plane of the camera (image of the car) to a global geo-location (latitude/longitude coordinate). Transformations like this are critical to a variety of use cases beyond simple visualization. Solutions that require multi-camera object tracking, movement summarization, geo-fencing, and other geo-locating for business intelligence and safety can leverage the same technique. We call this calibration.

Let’s take a closer look at how to approach calibration for applications built using DeepStream 3.0.

Multiple approaches exist for calibrating cameras to yield global coordinates. Several popular methods use a process based on inferring the intrinsic and extrinsic camera parameters. Global coordinates are then inferred with a simple geometric transformation from camera world to the real world.

One way to do this is to use a “checkerboard” pattern to infer the camera parameters. From there, a homomorphic transformation (translation from image plane to real-world) can be used to infer global coordinates.

Additionally, image size and scaling factors must be the same across all cameras and we must be able to access still images from each camera. We also need access to a global map of the area being watched.

Note that the calibration phase usually involves estimating the camera’s intrinsic and extrinsic parameters, which transforms each pixel into a global location using geometry operations. However, if the camera is a 360-degree camera in several use cases similar to ours, simple transformations may not be possible. The original image from the 360-degree camera has objects appearing in shapes that look distorted. Before we can actually perform the calibration steps, we need to supply pixels from a corrected image.

Consider image (A) in figure 1 below from a 360-degree camera. DeepStream first de-warps the original fisheye image to look like image (B), removing object distortion. This dewarped image is then used for car detection. This undistorted image of the car supplies the pixels for translation into a global coordinate.

At a high level, this approach constructs corresponding polygons in the camera image and global maps. A transformation matrix maps camera space to global space, as presented in the flow diagram in figure 2.

The steps below outline the details on how an application to process this works:

The transformation matrix computes global coordinates for each object detected by the camera.

The process involves mapping coordinates in images and global maps. You can use an open source geographical information system tool like QGIS here. QGIS helps you draw polygons and lines with respect to a real map and export the resulting coordinates as a CSV file. You can use this to geo-reference a city block or a parking level image.

Annotating maps requires QGIS. The sources below should help you learn more about installing and using QGIS

There are many image annotation tools available; Ratsnake is a useful, freely available tool. Let’s walk through the steps for annotating images.

Step 1. Capturing image snapshots from cameras
The first step in calibration is obtaining snapshot images from all cameras. Snapshots should show clear, salient feature points of the region of interest. These salient feature points will be mapped to the features seen on a global map. For example, snapshots from cameras installed inside a parking garage should clearly show pillars, parking spot lines painted on the ground, and other features of the building itself. Take the snapshots when the area is empty, or near-empty, to ensure few vehicles, pedestrians, and other large objects block the building features.

We’ll store these snapshots in an directory, and label it for easy reference. For example, make a directory called CAM_IMG_DIR=/mnt/camdata/images/ and save the images there. Individual snapshots may be named with the IP address of the camera they were taken with. For a camera with IP 10.10.10.10, save the snapshot image as ${CAM_IMG_DIR}/10_10_10_10.png.

Download a global map (blueprint or CAD image) of the location being observed — a parking area in our example, as shown in figure 3. Save the map to a directory GIS_DIR (e.g., GIS_DIR==/mnt/camdata/gis/). For example, we save the png file of the parking area as ${GIS_DIR}/parking.png.

Depending on the region you are monitoring, you may be able to use existing maps — particularly for outdoor regions. Say you’re using traffic cameras to monitor an intersection. There may well already be a Google or QGIS map you can use to get the coordinates of the intersection and/or traffic light itself.

However, in many use-cases there are no pre-existing georeferenced maps suitable for use in calibration. This is especially true in indoor scenarios, like our parking garage example. That said, you can often find CAD images or blueprints of buildings, and other indoor map files (usually in pdf or picture format) that provide coordinates for at least some key points in the region of interest.

Once you have your CAD image, blueprint, or other indoor map, it’s ready for georeferencing. You do this by placing the blueprint accurately on the global map using QGIS.

Georeferencing works in our methodology if the area in question has at least a few key feature points observable in both the blueprint and the map. Examples might include pillars or corners of staircases.

The process of georeferencing is described below:

Let’s walk through the detailed steps for calibrating one camera (say, camera A with IP 10.10.10.10). Assume that the snap-shots for each camera are stored in ${CAM_IMG _DIR}. We’ll need to repeat these steps for each camera in our set up.

Figure 4 shows the global map and the camera image for camera A.

Drawing Polygons in QGIS and Ratsnake

Get the (longitude, latitude) for each of the polygon points

Draw the polygon on Ratsnake

The CSV create above (nvaisle_2M.csv) file will be added to DeepStream configuration directory, enabling DeepStream to infer the geo-location of detected cars.

The calibration techniques you’ve learned in this post, combined with DeepStream SDK 3.0, enable you to easily create scalable applications with a rich UI to deliver complete situational awareness. Download the DeepStream SDK 3.0 today to get started.

About Vinay Kolar
Vinay Kolar is a senior data scientist at NVIDIA working on building intelligent spatio-temporal analytic systems using video data. He received his Ph.D. in Computer Science from State University of New York at Binghamton in 2007, and worked as a post-doctoral researcher at RWTH-Aachen (Germany) and Carnegie Mellon University (Qatar).
View all posts by Vinay Kolar 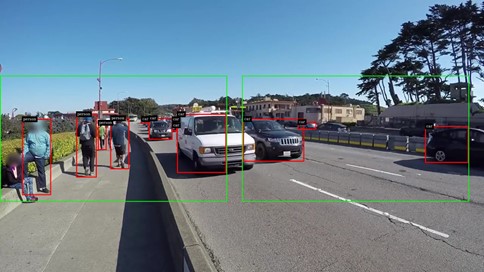 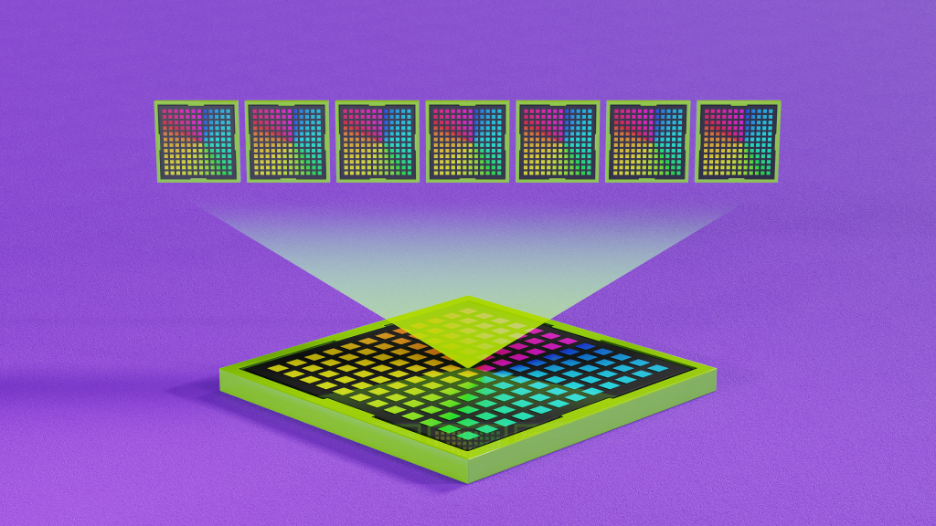 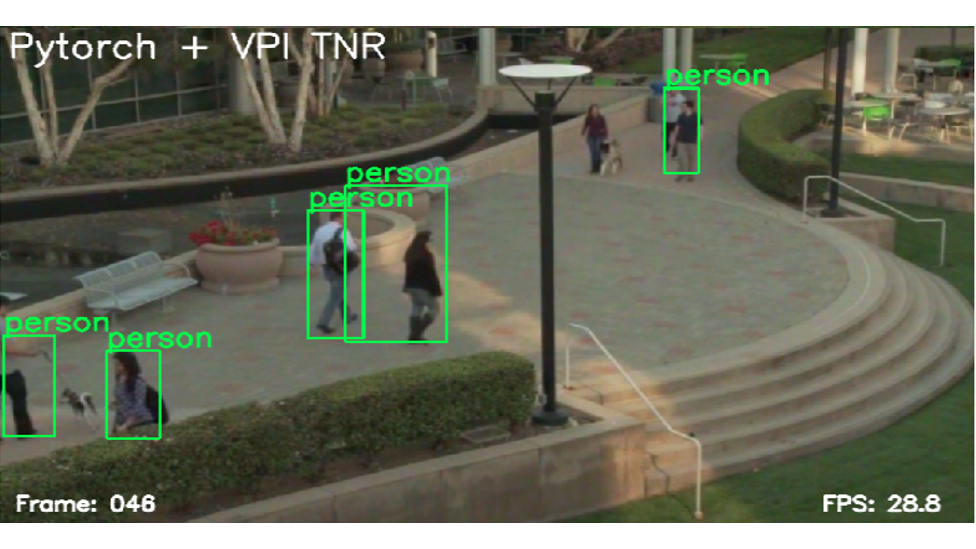 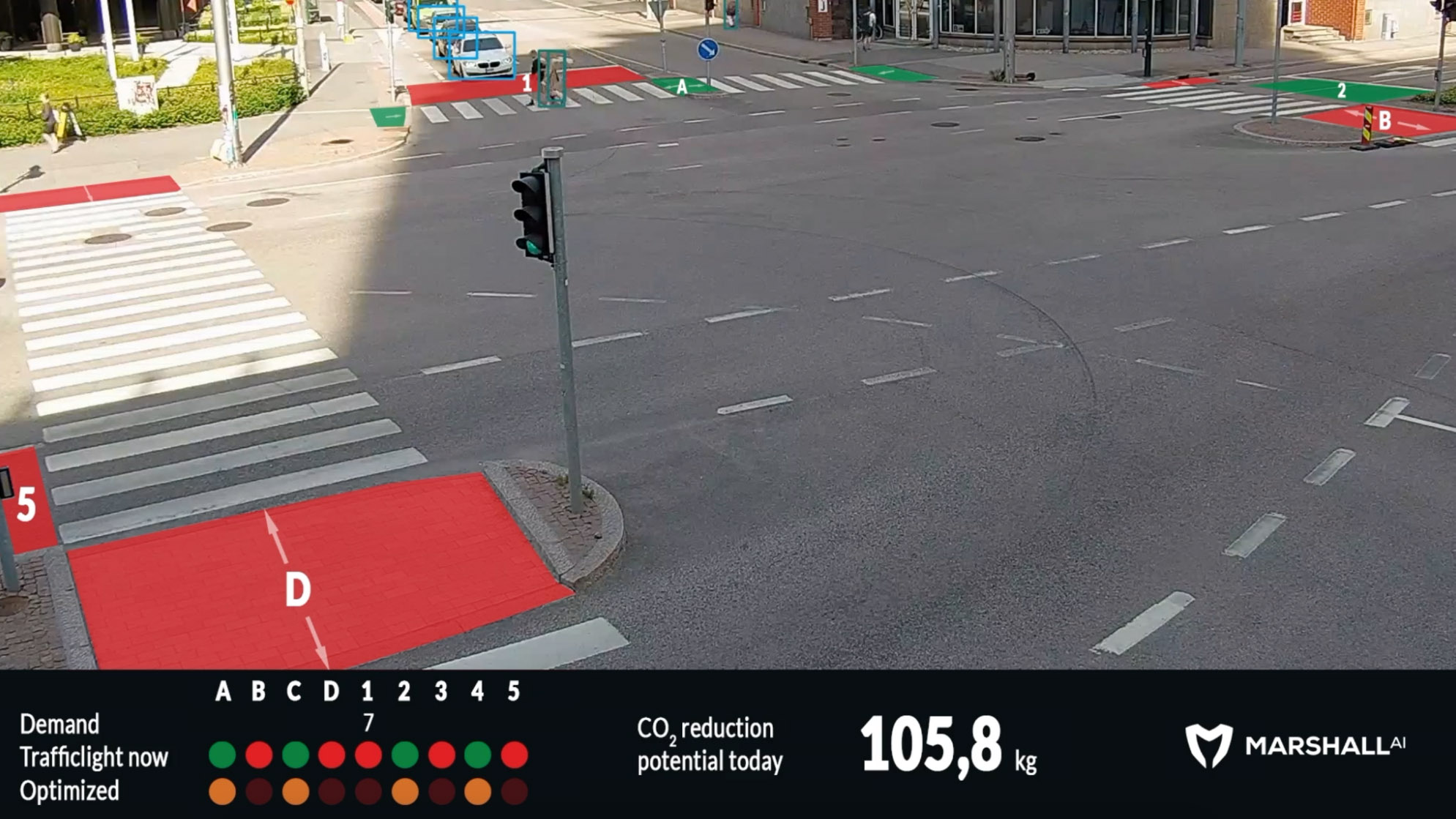