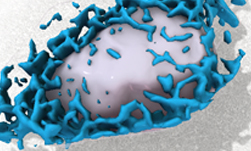 The method has been described as a “total game changer.” Researchers at the Allen Institute for Cell Science, a Seattle research group founded by Microsoft co-founder Paul Allen, announced this week they developed the first predictive 3D model of a live human cell. The model, called the Allen Integrated Cell, uses the power of deep learning to study the interior structures of a cell.
“This is a new way to see inside living human cells,” said Rick Horwitz, Ph.D., Executive Director of the Allen Institute for Cell Science. “It’s like seeing the whole cell for the first time. In the future, this will impact drug discovery, disease research and how we frame basic studies involving human cells.”
According to their research paper, the method uses a large collection of live human cells, which the Allen Institute modified to incorporate fluorescent protein tags. These tags highlight specific structures inside the cells such as the nucleus and mitochondria. Using NVIDIA TITAN Xp GPUs, a DGX Station, and the cuDNN-accelerated PyTorch deep learning framework, the team trained their neural network on thousands of these glowing cells.
The researchers then took the labeled images of the fluorescent cells and applied a different deep learning algorithm to find cellular structures in cells without labels.

The 3D application is the first public release of its kind and is available to try on the web right now. To run the model, the team is using the same GPUs used during training.
“Until now, our ability to see what is going on inside of human cells has been very limited,” said Michael Elowitz, Ph.D., Professor of Biology, Bioengineering, and Applied Physics at California Institute of Technology. “Previously, we could only see the proteins that we deliberately labeled. But the Allen Integrated Cell is like the ultimate free lunch. We get to sample a ‘buffet’ of many different proteins and organelles, without having to label anything at all. This opens up a totally new and much more powerful way of doing cell biology. It’s a total game changer.”
The study was supported in part by grants from the National Institute of Health (NIH).
Read more > 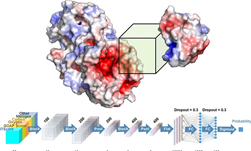 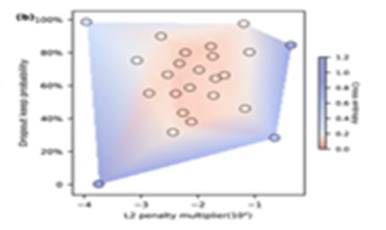 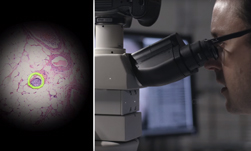 Google Develops an AR Microscope To Detect Cancer in Real-Time 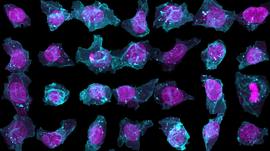 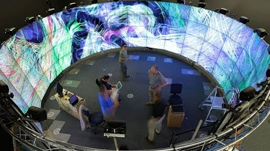