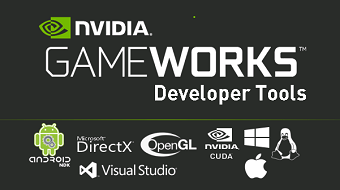 The latest NVIDIA GameWorks developer tools helps you optimize your applications for a variety of platforms. Both desktop and mobile developer tools have updated releases with many new features – check them out!

Latest versions of Nsight Visual Studio Edition and Linux Graphics Debugger can be downloaded under the NVIDIA GameWorks Download Center.

NVIDIA CodeWorks for Android installs all software tools required to develop for Android, and reduces the complex process of configuring an Android development system down to a single click.The newest release, CodeWorks 1R4, includes the latest versions of NVIDIA’s suite of CPU and GPU debugging and profiling tools, as well as updates to the Android NDK, SDK, Build/Platform Tools, to empower and simplify Android Development.

Check out NVIDIA CodeWorks for Android 1R4 to learn more and download the package.

A complete list of features for all mobile developer tools can be found at NVIDIA GameWorks Tools Overview.