The OptiX denoiser comes with a brand new denoising mode called temporal denoising, which is engineered to denoise multi-frame animation sequences without getting any of the low-frequency denoiser artifacts in the animation that you get when you denoise animated frames separately. The results are impressively smooth, and this update will be a boon to users of the OptiX denoiser who want to remove noise from moving sequences. This has been one of our most requested features and now it’s here. This release of the OptiX denoiser comes with yet another performance increase as well, and the recent AOV (layered) denoising and brand new temporal denoising are fast enough on the current generation of NVIDIA GPUs to be used in real time for interactive applications, with plenty of room to spare for rendering.

OptiX 7.3 comes with a round of updates to the curve primitive intersectors. Our new cubic and quadratic curve intersectors are 20% to 80% faster with this release, and even the already very fast linear intersector (up to 2x faster than cubic) has improved in performance a bit as well. All the intersectors now support backface culling by default, which makes it easier for developers to support shadows, transparency, and other lighting effects that depend on reflected and transmitted secondary rays from hair and curves. The best kept secret so far about OptiX curves is how fast they are with OptiX motion blur on the new generation of Ampere GPUs. With Ampere’s new hardware acceleration of motion blur, we’re seeing performance increases on motion blurred hair up to 3x faster than motion blurred hair on Turing cards.

The demand loading library, included with the OptiX 7.3 download, has also received updates. It is now fully asynchronous, with sparse texture tiles loaded in the background by multiple CPU threads in parallel with OptiX kernels executing on the GPU. Support has also been added for multiple streams, which allows for the hiding of texture I/O latency and an easier implementation of bucketed rendering approach. This increased parallelism, in conjunction with additional performance updates present in the OptiX 7.3 SDK should offer a compelling reward for adding demand loading in your projects. A new sample has been added and the existing associated samples have been updated to give you a great place to start. 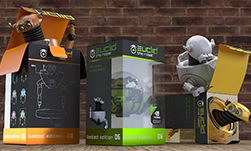 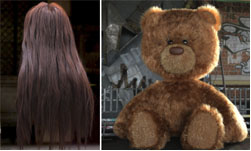 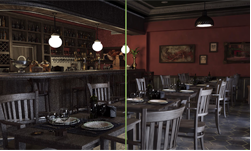 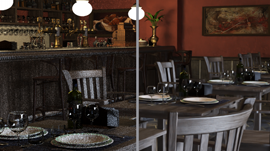