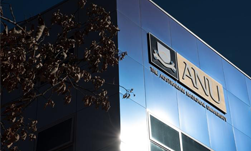 Fujitsu announced today they have been awarded the contract to build Australia’s newest and fastest supercomputer, powered by NVIDIA V100 Tensor Core GPUs. The new system will be housed at the Australian National University in Canberra and will be operated by the National Computational infrastructure of Australia (NCI).

Named Gadi, which means “to search for” in the language of the Ngunnawal, the traditional owners of the Canberra Region, the supercomputer will replace NCI’s current supercomputer, Raijin.

With over 3,200 nodes, Gadi will help Australian researchers in geoscience, meteorology, astronomy, AI, machine learning, and other fields benefit from faster speeds and higher capacity than the previous generation machine.

“The upgrade of this critical infrastructure will see Australia continue to play a leading role in addressing some of our greatest global challenges,” said Professor Brian Schmidt, Vice-Chancellor, The Australian National University  “This new machine will keep Australian research and the 5,000 researchers who use it at the cutting-edge. It will help us get smarter with our big data. It will add even more brawn to the considerable brains already tapping into NCI,” he added.