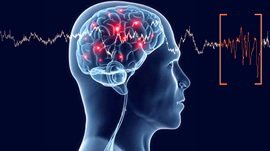 Researchers at The Australian National University are using deep learning and NVIDIA technologies to better understand the progression of Parkinson’s disease.
Currently it is difficult to determine what type of Parkinson’s someone has or how quickly the condition will progress.
The study will be conducted over the next five years at the Canberra Hospital in Australia and will involve 120 people suffering from the disease and an equal number of non-sufferers as a controlled group.
“There are different types of Parkinson’s that can look similar at the point of onset, but they progress very differently,” says Dr Deborah Apthorp of the ANU Research School of Psychology. “We are hoping the information we collect will differentiate between these different conditions.”


Dr Apthorp said the research will measure brain imaging, eye tracking, visual perception and postural sway.
From the data collected during the study, the researchers will be using a GeForce GTX 1070 GPU and cuDNN to train their deep learning models to help find patterns that indicate degradation of motor function correlating with Parkinson’s.
The researchers plan to incorporate virtual reality into their work by having the sufferers’ wear head-mounted displays (HMDs), which will help them better understand how self-motion perception is altered in Parkinson’s disease, and use stimuli that mimics the visual scene during self-motion.
“Additionally, we would like to explore the use of eye tracking built into HMDs, which is a much lower cost alternative to a full research eye tracking system and reduces the amount of equipment into a highly portable and versatile single piece of equipment,” says researcher Alex Smith.
Read more >>