The internet has changed how people consume media. Rather than just watching television and movies, the combination of ubiquitous mobile devices, massive computation, and available internet bandwidth has led to an explosion in user-created content: users are recreating the internet, producing exabytes of content every day. 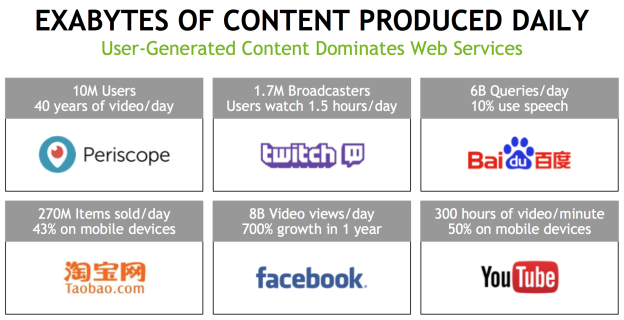 Periscope, a mobile application that lets users broadcast video to followers has 10 million users who broadcast over 40 years of video per day. Twitch, a popular game broadcasting service, revealed last month that 1.7 million users have live-streamed 7.5 billion minutes of content. China’s biggest search engine, Baidu, processes 6 billion queries per day, and 10% of those queries use speech. About 300 hours of video is uploaded to YouTube every minute. And just last week, Mark Zuckerberg shared that Facebook users view 8 billion videos every day—a number that has grown by a factor of 8 in about a year. 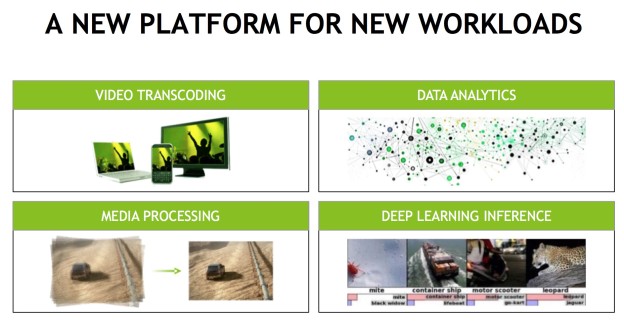 By 2019, annual global IP traffic will reach the two-zettabyte threshold, with video content predicted to account for 80 percent of consumer internet traffic worldwide. This rapid growth will put a strain on the massive “hyperscale” data centers that web services companies use to ingest, transcode, and process all that video.

Adding to the strain is the drive to enable new ways for users to experience, share and interact with the video content. Web services companies are applying complex machine learning algorithms to train models that can classify, recognize, and analyze relationships in the data. These models are used to tag photos, recommend content or products, and deliver more relevant advertising.

To accelerate these hyperscale data center workloads, NVIDIA has extended its Tesla Accelerated Computing Platform with new GPU and software offerings that allow web services companies to keep up with these computational demands at lower cost. The new additions include: 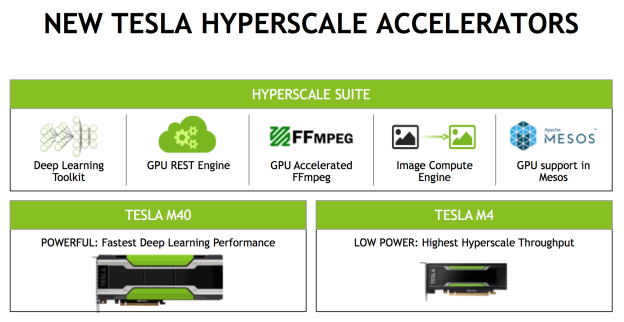 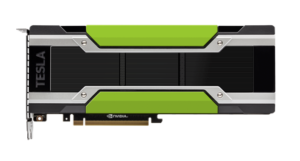 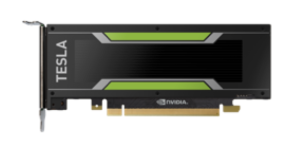 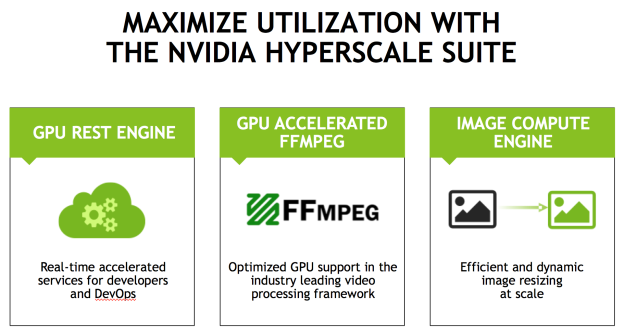 What we watch on a screen and how we watch it have changed dramatically in the last decade. Video content has been freed from TV screens: we watch on a broad range of devices of many different sizes and resolutions. High speed Internet to all devices has enabled a seemingly infinite number of “channels”.

Traditional broadcast and Video on Demand (VoD) providers have one to many models, where a few channels are transmitted to millions of viewers. The opposite scenario has become the norm in social media, where millions of channels are sometimes watched by many but in the majority of cases, by very few.

This poses a big problem for data centers, because these millions of channels must be processed for efficient delivery to and display on myriad devices of different resolutions. Software video encoding using general-purpose CPUs is the de facto today, but this approach doesn’t scale. Video acceleration is needed in the data center. NVIDIA GPUs with the NVENC hardware video encoder can supercharge existing data centers for video processing. The NVENC video encoder is an order of magnitude faster than software encoding so it can help data centers scale with the explosive growth of video channels.

The NVIDIA NVENC plugin is now an important part of the FFmpeg framework, along with two new FFmpeg plugins, GPU Zero-copy and GPU Resize.

GPU zero-copy enables other GPU-accelerated plugins to avoid expensive memory copies between system memory and GPU memory between video processing steps. This is especially beneficial for the GPU Resize plugin, which can convert a single source footage to many resolutions in parallel. One-to-many (“1:n”) resize is commonly performed on internet-delivered video because a different resolution is needed for each device the video is to be played on. Web video servers often scale HD 1080p down to 720p, 576p, 480p, and smaller handheld sizes such as 360p, 240p and 120p, and within each resolution they create different bitrates so that the quality of streaming video can be adjusted based on the internet connection.

With so many channels available, searching for specific content is a new challenge for data centers. New techniques based on deep learning allow the content and even the action of the video to be inferred, so that videos can be automatically tagged and indexed and then searched. But training the neural network models and applying them to new video is computationally expensive.

GPUs are the de facto best platform for deep learning training, and the combination of hardware video encoding and CUDA accelerated computing on the same accelerator makes the GPU the perfect platform to enable this exciting frontier in advanced video analytics.

For more information on the NVIDIA FFmpeg plug-ins, visit https://developer.nvidia.com/ffmpeg

REST services provide the data center equivalent of library calls. Multiple REST services are often combined within a full data center level application.  REST systems typically communicate over HTTP using the same HTTP commands (GET, PUT, etc.) used by web browsers to retrieve and update web pages. REST interfaces identify resources by URI. For example, a REST interface to an image resize service might use a URI like this:

This URI would cause the service to resize the image example.jpg to 800 pixels wide while maintaining the original aspect ratio after cropping the input image to a 100×100 region offset by 10 in x and y, and finally encoding the output image with 50% quality.  After the work is complete, the service sends the resulting image back to the web frontend for the final destination. For example, return the processed JPEG image in the case of a GET request or commit the image to disk or send it to a downstream service in the case of a POST.

The goal of the NVIDIA GPU REST Engine is to enable GPU-accelerated libraries and applications to easily fit into the data center as services accessible using REST interfaces. This allows high-throughput and low-latency computing capabilities for traditionally expensive offline bulk processing like image resizing and video transcoding.

GPU REST Engine provides the infrastructure to allow management of REST calls to GPU computing, with the goal of using multiple simultaneous incoming requests to efficiently use all the resources on the GPU.  Functionally, GPU REST Engine has two main components: a web frontend like Apache or Go, and a threaded runtime system to manage GPU execution resources.  The runtime system takes command requests from the front-end, (usually GET or PUT requests), and hands them off to a pool of many worker threads. All threads share a CUDA context and each thread is responsible for one of many CUDA streams on a GPU. GPU REST Engine can manage multiple GPUs simultaneously.

By servicing REST requests asynchronously with many threads across multiple GPUs, GPU REST Engine achieves high resource utilization and efficiency. For example, as one worker thread is downloading data from host to device, a second thread can execute kernels, and a third can move data from device to host, all for separate requests.  In practice, the GPU REST Engine resource scheduler can execute multiple simultaneous kernels and transfers.  Instead of relying purely on bulk synchronous parallel execution, GPU REST Engine transforms the GPU into a task- and data-parallel execution device.

GRE also helps with managing the CPU-heavy components of algorithms. Specifically in the case of JPEG transcoding, the JPEG decode step is generally serial in nature and execute on the CPU. The heavily threaded work pool concept in GPU REST Engine allows high-priority CPU tasks, like JPEG decode, to execute while the GPU execution and driver management parts of the code run at lower priority.

This capability means that web designers can redesign or change site user interfaces and layout without needing to worry about having to reprocess their entire image library. Moreover, because resize can occur on the fly, the optimal image size can be sent to users. With ICE, sites no longer have to choose between saving bandwidth by sending low-resolution images and upsampling on the client, or saving computation by sending oversized images and downsampling on the client.

ICE splits processing into multiple phases; the Huffman decode of the incoming JPEG is executed on the CPU, while the inverse DCT, resize, filtering, and full encode are executed on the GPU. This maximizes utilization of the node, matching the phases to the best available processor for each task.

The popular photo sharing service SmugMug has already deployed NVIDIA ICE to serve optimally sized images to their users on the fly. “Our photographers communicate their vision through the photos they share on our platform, and experiencing those images quickly at the highest quality regardless of screen size is critical to their success,” says Don MacAskill, CEO & Chief Geek of SmugMug. “NVIDIA’s ICE web service running on the Tesla platform delivers millions of pixel-perfect images at exactly the right size every day, so every photo looks just right.”

Developing applications that can scale to large data centers is not easy. For one, building applications that are cluster-aware and can distribute work across the network of cluster nodes to execute in parallel. And those cluster nodes are a shared resource, meaning that data centers need to be able to efficiently and safely run scalable applications while maintaining security, fault-tolerance, and high cluster utilization. Cluster managers aim to simplify these tasks.

The second challenge is deployment. Applications may need to run on a variety of machine configurations (single machine, local cluster, cloud infrastructure) with different underlying hardware architectures or operating systems. Most apps depend on a variety of components, libraries, and resources. Software containers help solve deployment problems by encapsulating an application and all its dependencies, without being tied to any architecture or infrastructure.

Mesos is being extended to support GPUs as a native system resource. This new capability is thanks to an engineering partnership between Mesosphere and NVIDIA that allows Mesos to treat GPU resources the same way it treats CPU and system memory resources. This enables accelerated applications to share fine-grained GPU resources on a common data center cluster to deliver higher application throughput and resource efficiency. It also simplifies data center operations by removing the overhead of managing multiple independent clusters.

Long running applications and system services can be scheduled and managed using the GPU-enabled Marathon framework, and similarly, batch jobs can be scheduled using Chronos, all sharing the common cluster managed by Mesos. The applications can be deployed as native host OS tasks as well as Docker-ized containers or micro services on the cluster to ensure portability and isolation. A diverse set of accelerated applications such as deep learning, image, video and audio processing and analytics can now benefit from Mesos resource management for hyperscale data center deployment. 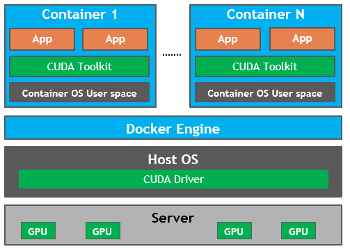 This means you can easily containerize and isolate accelerated application without any modifications and deploy it on any supported GPU-enabled infrastructure.

The NVIDIA Docker Recipe, instructions, and examples are now available on Github. Building a Docker image with support for CUDA is easy with a single command.

There is also a new nvidia-docker script that is a drop-in replacement for the Docker command-line interface. It takes care of setting up the NVIDIA host driver environment inside Docker containers for proper execution.

The new Tesla M40 and M4 GPUs are powerful accelerators for hyperscale data centers. Combined with the NVIDIA Hyperscale Suite and GPU deployment capabilities in Apache Mesos and Docker containers, developers of data center services will be ready for to handle the massive data of the world’s users. 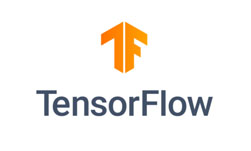 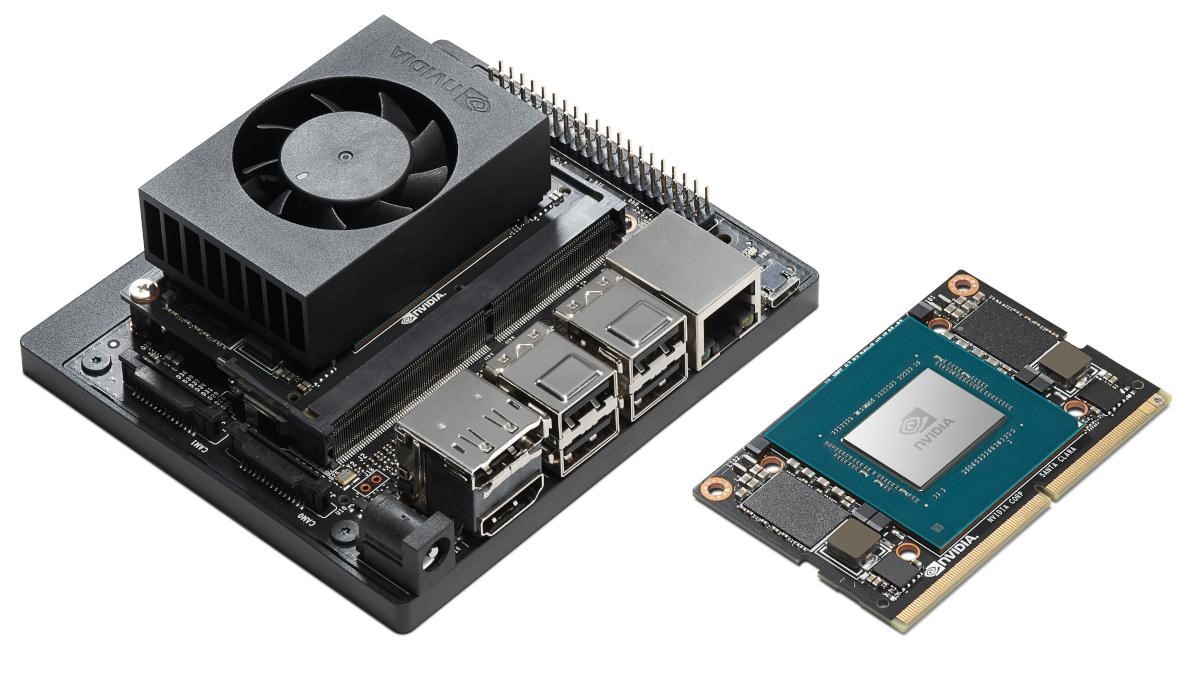 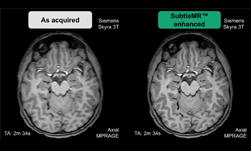