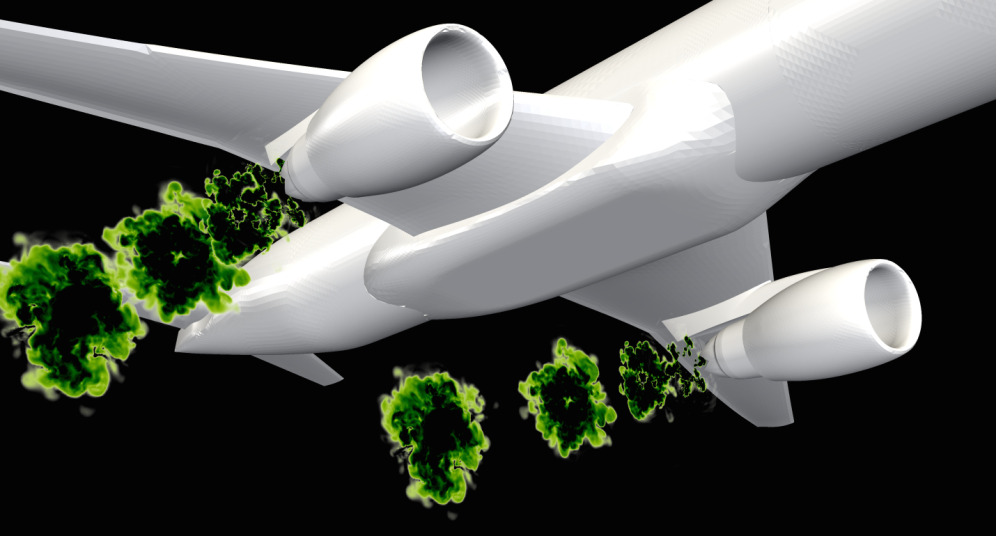 Taking advantage of the 27 petaflop Titan Supercomputer at Oak Ridge National Laboratory, researchers from Imperial College London’s Department of Aeronautics are attempting to reduce aircraft noise by visualizing how air is forced through engines when planes are in flight.
Noise pollution from aircraft is a global policy and health issue. In fact, the scientists from Imperial have previously found that risks of hospital admissions and deaths from stroke and heart disease were around 10 to 20 percent higher in areas with highest levels of aircraft noise, compared with the areas with least noise.

Using the Tesla-accelerated supercomputer, the team has developed computer models that enable them to generate images of the vortical structures created by the serrated jet nozzles in unprecedented detail. The models are helping the researchers and their industrial collaborators interpret and analyze the results of very large aircraft engine simulations. Their work has the potential to accelerate new discoveries in the field, ultimately leading to the next generation of even quieter aircraft engines.
Read more about the research >>