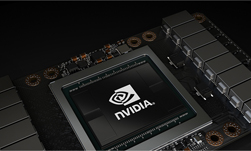 Researchers from Fujitsu just announced a new speed record for training ImageNet to 75% accuracy in 74.7 seconds. The new record is faster than the previous test by more than 47 seconds achieved by Sony in November of last year.

The team achieved the record by using 2,048 NVIDIA Tesla V100 GPUs, and the MXNet deep learning framework, at the AI Bridging Cloud Infrastructure system at the University of Tokyo in Japan.

“Based on the technology Fujitsu Laboratories has cultivated over its HPC development, the company has now developed a technology to expand computation volume per GPU without compromising training accuracy,” the company wrote in a post

“Distributed deep learning with data parallelism is known to be an effective approach to accelerate the training on clusters,” the researchers said.  “In this approach, all processes launched on the cluster have the same DNN model and weights.”

The team was able to use a very large mini-batch size of 81,920 and maintain an accuracy of 75.08% (shown as the third data point on the above graph).

A number of NVIDIA technologies were used to achieve this milestone, including Layer-wise Adaptive Rate Scaling (LARS)

The work was recently published on ArXiv and on a Fujitsu blog.
Read more here.