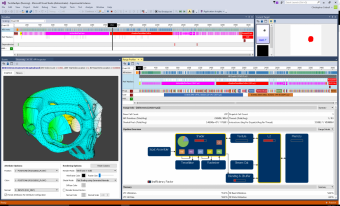 NVIDIA® Nsight™ Visual Studio Edition 5.2 is now available for download in the NVIDIA GameWorks Registered Developer Program. This release added features for virtual reality application developers, including Oculus SDK and OpenGL Multicast support as well as a dedicated VR Inspector view. Vulkan API support has been added and Direct3D 12 support has been extended. We introduced the Range Profiler as well as expanded compute and graphics debugging features, including support for long lived variables and the FP16 datatype with the Pascal GPU family.

This release candidate has fixed a number of bugs, added documentation for newer features, and improved the UI.

Take a look at some of the highlights in the new NVIDIA® Nsight™ Visual Studio Edition 5.2 release:

To download this version, you must be a member of the NVIDIA GameWorks Registered Developer Program and signed into your account.