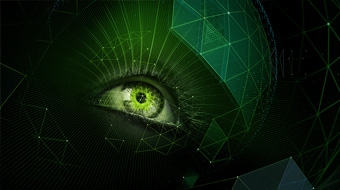 NVIDIA has released the new VRWorks Graphics SDK V3.0 for application and headset developers along with the NVIDIA display driver 411.63.

The drivers are available for download at: https://www.nvidia.com/download/index.aspx and the SDK has been posted at https://developer.nvidia.com/vrworks.

VRWorks Graphics features are aimed at Game and Application developers and bring a new level of visual fidelity, performance, and responsiveness to virtual reality. This version paired with Turing based GPUs brings many new technologies including Variable Rate Shading and Multi-View Rendering. Variable Rate Shading is a new rendering technique that increases rendering performance by applying full GPU shading horsepower to detailed areas of the scene, and less GPU horsepower to less detailed areas. Multi-View Rendering expands on Single Pass Stereo’s features, increasing the number of projection centers or views for a single rendering pass from two to four. All four of the views available in a single pass are now position-independent and can shift along any axis in the projective space allowing support for new display configurations and canted displays for extremely wide fields of view.

Please reach out to us at vrsupport@nvidia.com for any questions or feedback.