Optimized for Turing, Ampere and future generations of NVIDIA GPU architectures. High speed computation of accurate flow vectors with little impact on the CPU or GPU.

Optical Flow SDK 2.0 introduced an object tracker library based on optical flow, along with source code and ready-to-use API. In our experiments, the optical flow-based object tracker has shown to reduce the GPU utilization by up to 80%, compared to some of the most popular algorithms without compromising the accuracy of tracking. Optical Flow SDK 3.0 introduces a DirectX12 Interface, forward and backward flow and a global flow vector.

Optical flow can also be used very effectively for interpolating or extrapolating the video frames in real-time. This can be useful in improving the smoothness of video playback, generating slow-motion videos or reducing the apparent latency in VR experience, as used by Oculus (details). Optical Flow functionality in Turing and Ampere GPUs accelerates these use-cases by offloading the intensive flow vector computation to a dedicated hardware engine on the GPU silicon, thereby freeing up GPU and CPU cycles for other tasks. This functionality in hardware is independent of CUDA cores..

The NVIDIA Turing architecture introduced a new hardware functionality for computing optical flow between a pair of images with very high performance. NVIDIA Optical Flow SDK exposes the APIs to use this Optical Flow hardware...

The new NVIDIA hardware accelerated OpenCV interface is similar to that of other optical flow algorithms in OpenCV so developers can easily port and accelerate their existing optical flow based applications with minimal code changes. 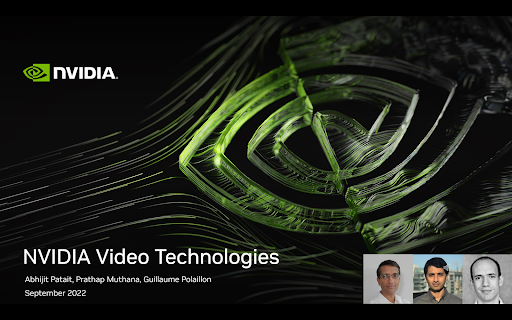