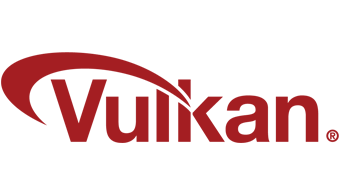 We are happy to announce the immediate availability of the NVIDIA GDC Vulkan developer driver which supports not only that extensions that Khronos just released, but also a set of Vulkan extensions that provide the multi-projection functionality of our Maxwell and Pascal GPU architectures, which is the foundation for technology such as VRWorks, fast voxelization, and single pass cubemap rendering.

The sharing set provides the ability to share memory and synchronization primitives across process and instance boundaries, which are useful among other things for implementing VR runtimes:

The descriptor update set provides alternate ways to update resource references between draw or compute dispatch calls. These methods may be more convenient for legacy applications, and/or more efficient when a fixed set of resources must be updated repeatedly:

The multiview set provides the ability to render geometry to multiple surfaces, each with its own viewing parameters. For applications such as rendering stereo pairs or environment maps, this can be more efficient than rendering each view separately:

The Pascal set provides the building blocks for Lens Matched Shading and Single Pass Stereo. The extensions are: