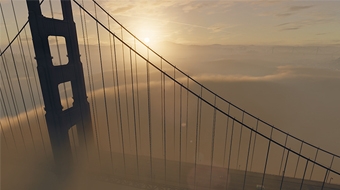 Watch Dogs 2, the latest hit game from Ubisoft, features amazing graphics and is set in the San Francisco bay area. The PC version features some stunning ray marched volumetric fog which is so characteristic of the bay area in summer. For the PC version, Ubisoft and NVIDIA engineers worked together to raise the graphics appearance and performance by implementing advanced ambient occlusion, shadow and temporal anti aliasing algorithms to create the ultimate version of the game.

The PC version of Watch Dogs 2 also supports a raft of NVIDIA features like G-Sync, Dynamic Super Resolution and Surround. Check out the settings guide on GeForce.com to see how the game performs with a variety of settings and learn about these features.