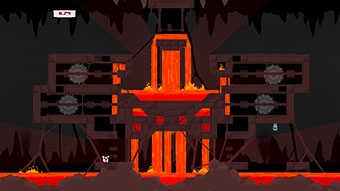 Are you an Indie Developer, and are you going to E3 this year? If so, be sure to stop by the IndieCade Festival @ E3 and check out NVIDIA SHIELD. We will be located at booth #623 in the South Hall. We will be showcasing four of the top Indie games available on NVIDIA SHIELD, Contrast, Super Meat Boy, Super Mega Baseball, and Ultimate Chicken Horse.

If you’re interested in developing for NVIDIA SHIELD, please tell us about your game.

For more information on the games we’ll be showcasing on NVIDIA SHIELD a the IndieCade Festival @ E3, please read more about the games below.

Contrast is a puzzle/platform game where you can move between a fantastic 3D world and a mysterious shadowy universe in 2D in the blink of an eye. Delve into a dreamlike and surreal 1920s world, inspired by the performance art world of vaudeville and film noir, and cradled by a smooth and sultry jazz ambiance.

Super Mega Baseball is designed for the ultimate couch co-op experience with room for up to 4 players. A groundbreaking difficulty system offers a grand total of 100 difficulty levels, allowing anyone to play a competitive game no matter how good (or bad!) their friends are.

Super Meat Boy is a tough as nails platformer where you play as an animated cube of meat who's trying to save his girlfriend (who happens to be made of bandages) from an evil fetus in a jar wearing a tux.

Ultimate Chicken Horse is a party platformer where you and your friends build the level as you play, placing deadly traps before trying to reach the end of the level.