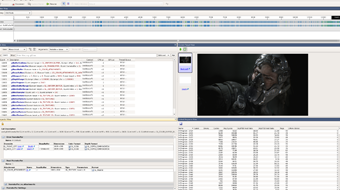 Linux Graphics Debugger is a 3D graphics development tool that allows developers to debug and profile OpenGL 4.x applications. This must-have tool allows developers to get the most out the latest NVidia GPUs on a variety of Linux distributions. Release 2.0 brings frame debugging and profiling support to the NVIDIA Pascal GPU family and a new range profiler to view how your application utilizes the GPU.

This 3D graphics development tool allows developers to debug and profile OpenGL 4.x on Linux. It enables professional graphics developers to get the most out of their NVIDIA GeForce and Quadro GPUs on a variety of Linux distributions, and inherits from the many man-years of investment in OpenGL development tools from the Tegra Graphics Debugger and NVIDIA® Nsight™ Visual Studio Edition.

New features and improvements you get with version 2.0: