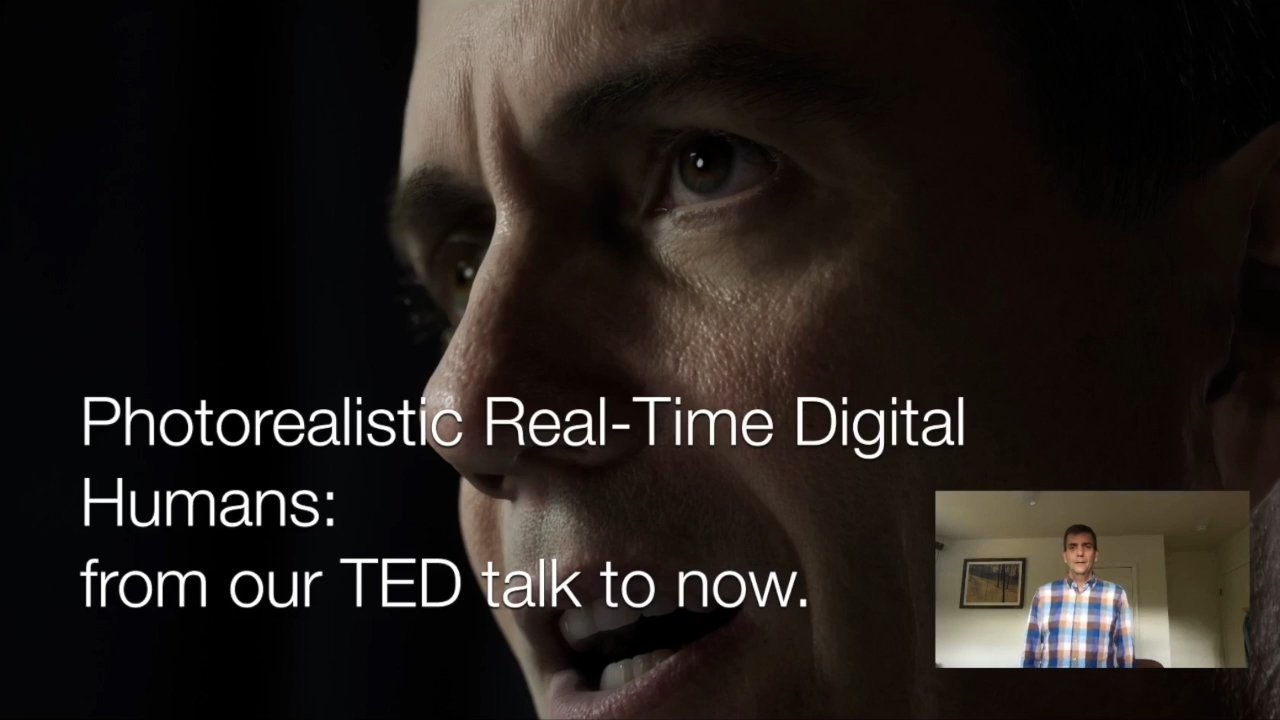 Photorealistic, Real-Time, Digital Humans: From Our TED Talk to Now.

For 12 minutes at the 2019 TED Conference, Doug Roble gave a live presentation on stage wearing a motion-capture suit. In real time, a nearly photorealistic version of Doug did exactly what Doug did on stage. Creating a real-time human requires solving many problems, including replicating all the motion of the performer on the digital character, rendering the character so that it looks realistic, and making sure that the character moves like the person. Since then, we've been working on increasing the fidelity of the rendering of the character, creating the ability to easily have someone else drive a character, creating an autonomous character that can drive itself, and creating brand new ways to render the character for ultimate fidelity. We'll discuss the challenges of DigiDoug for the TED talk and two DigiDougs being driven by Doug and Kenzie for Real Time Live at SIGGRAPH. We'll touch on some of the latest technology, too.