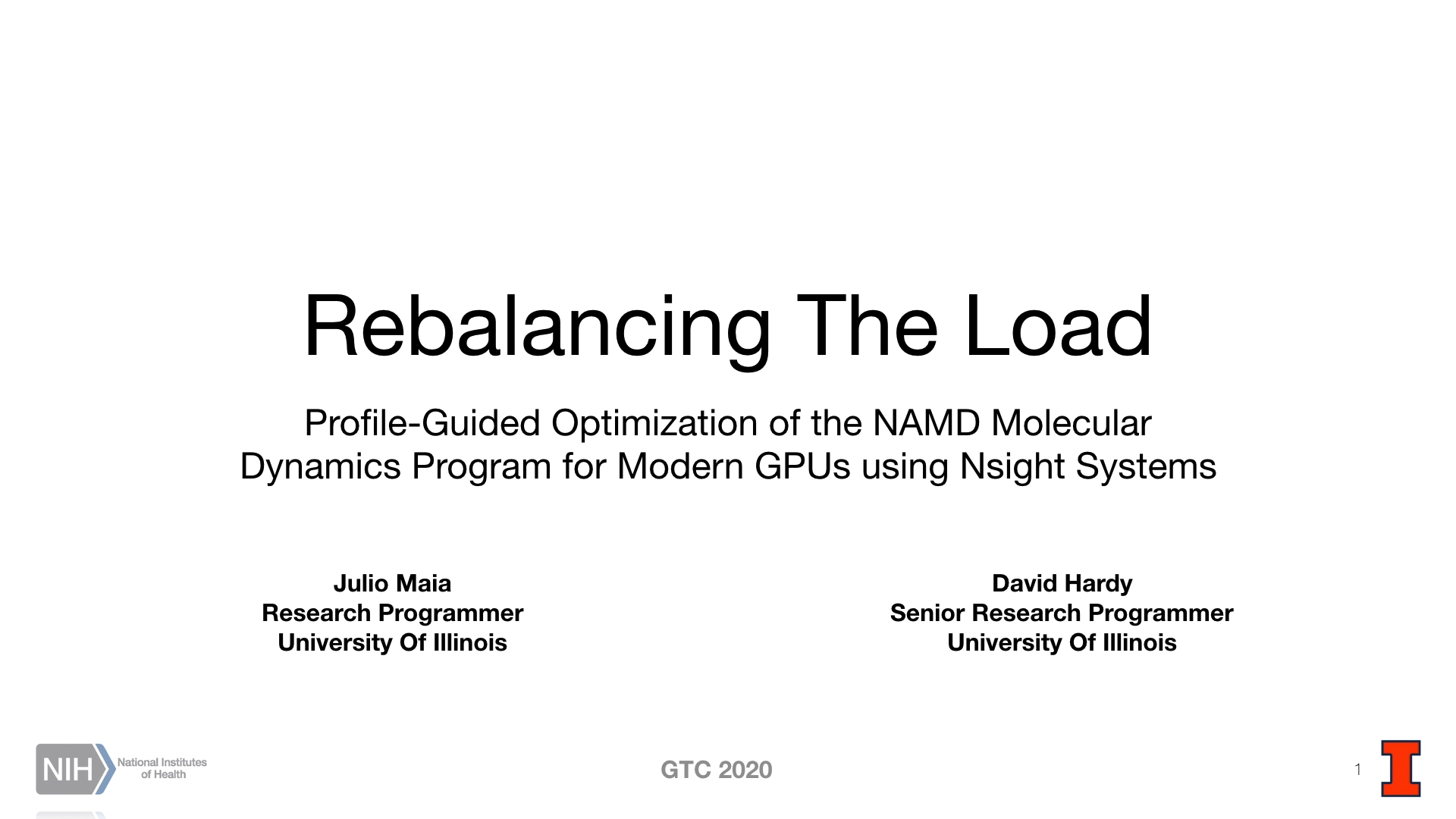 We'll show how we more than doubled the performance of the Nanoscale Molecular Dynamics program on modern GPUs through the use of profile-guided optimization with Nsight Systems and Nsight Compute. NAMD has historically offloaded most computation to GPUs, leaving a much smaller amount of work and device management to the CPU. However, the tremendous performance available on modern GPUs has led to an imbalance, in which the CPU work becomes a bottleneck while the GPU is left idling. We'll show how we improve GPU utilization and overall application performance by moving the remaining workload to the GPU while reducing CPU overhead due to communication and synchronization, all discovered with the help of Nsight Systems. We'll also discuss ongoing efforts in tuning the performance of our most compute-intensive kernels with Nsight Compute.