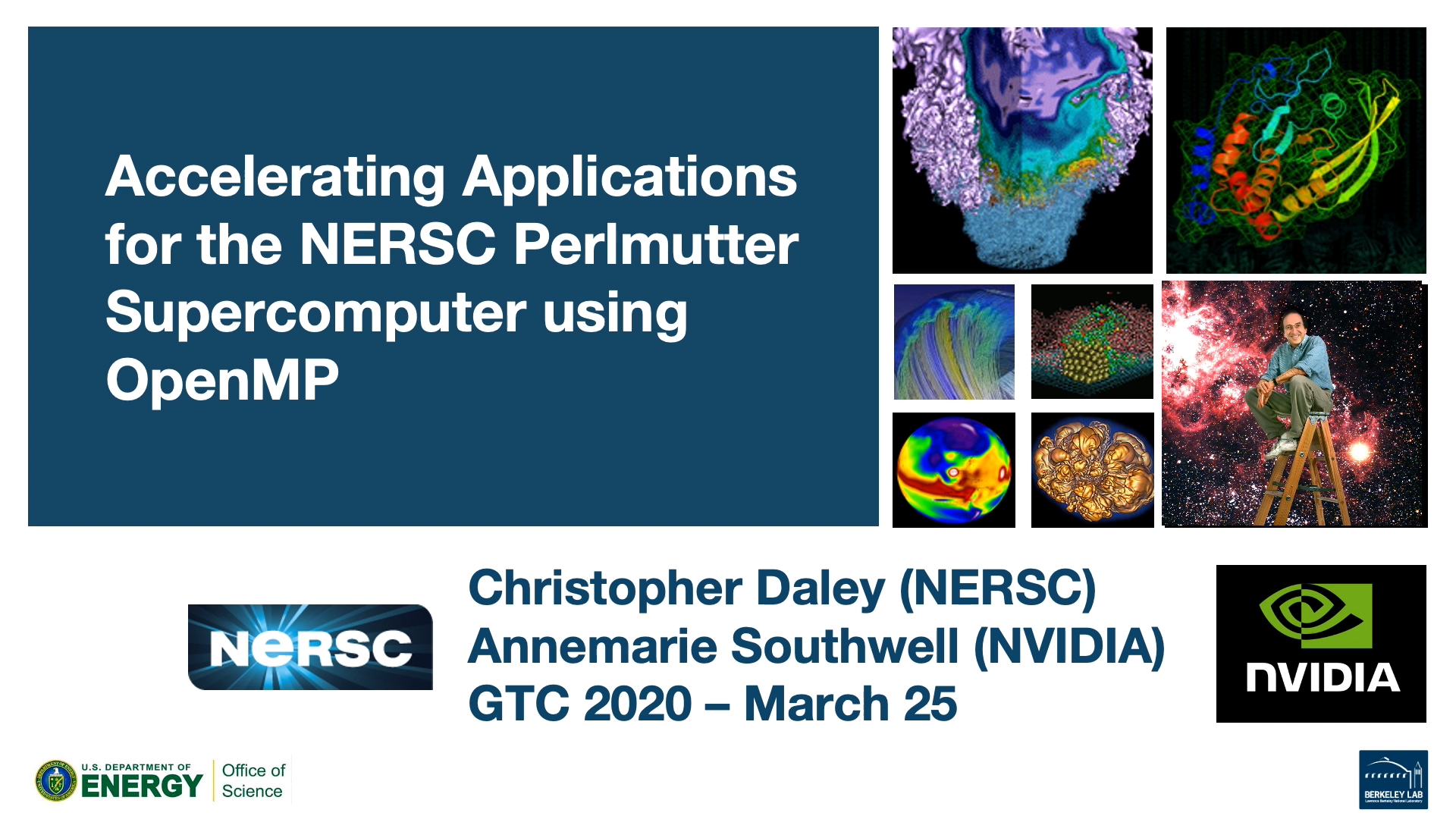 Learn about the NERSC/NVIDIA effort to support OpenMP target offload on the forthcoming NERSC-9 Perlmutter supercomputer with next-generation NVIDIA GPUs. NVIDIA's HPC compilers for C, C++, and Fortran will support a subset of OpenMP 4.5/5.0 for GPU offload on Perlmutter. We'll review the primary features included in this subset, walk through the reasons some features were included and others were left out, and highlight the characteristics that make some OpenMP applications better candidates for GPU acceleration than others. Selected teams from the NERSC Exascale Science Applications Program (NESAP) are porting their applications to NVIDIA GPUs using this subset of OpenMP for target offload. We'll share their early experiences and those of other NERSC developers working with early releases of NVIDIA's OpenMP-offload-enabled compilers.