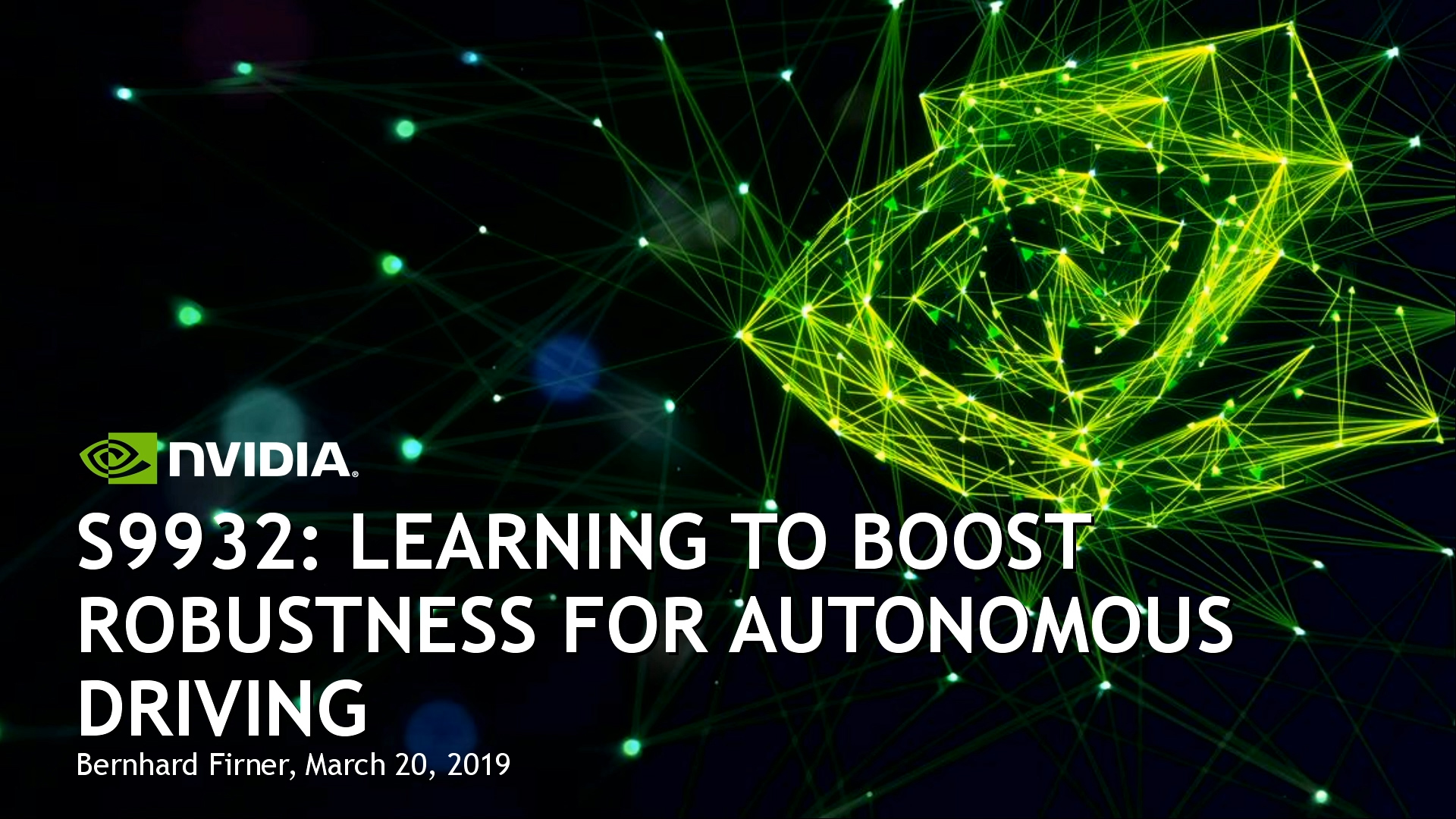 Ben Firner(NVIDIA)
The NVIDIA New Jersey office is located at Bell Works in Holmdel, the former Bell Labs location where pioneering deep learning work took place from the mid 80s to the mid 90s and where the first industrial deep learning product was developed, a commercial handwritten check-reading system.   The current work started in the Spring of 2015 with a small core team. By March 2016 the team demonstrated a complete learned driving application on local roads and highways. Since then the team has grown and the capabilities of our on-road driving system have expanded. In addition, an augmented re-simulator has been built that faithfully reproduces real vehicle behavior, allowing to measure progress and system testing before a real vehicle goes on the road.   While synthetic simulation can create arbitrary scenarios, programming such scenarios is time consuming and requires careful attention to ensure the simulated sensor data mimics real sensor data closely. Data replay on the other hand uses recorded sensor data but it is limited to open loop simulation. Our augmented re-simulator fills the gap in between by operating from recorded sensor data and applying viewpoint transforms to represent the world for different positions and orientations of the ego car.   Our learned system, PilotNet, predicts the paths that a human would follow, in world coordinates, under multiple different driving behaviors such as lane keeping, lane changes, or choosing a fork in the road. Fusing this approach into a traditional system offers important benefits by providing redundant coverage for critical system components, for example, by predicting road geometry when accurate map localization is unavailable.