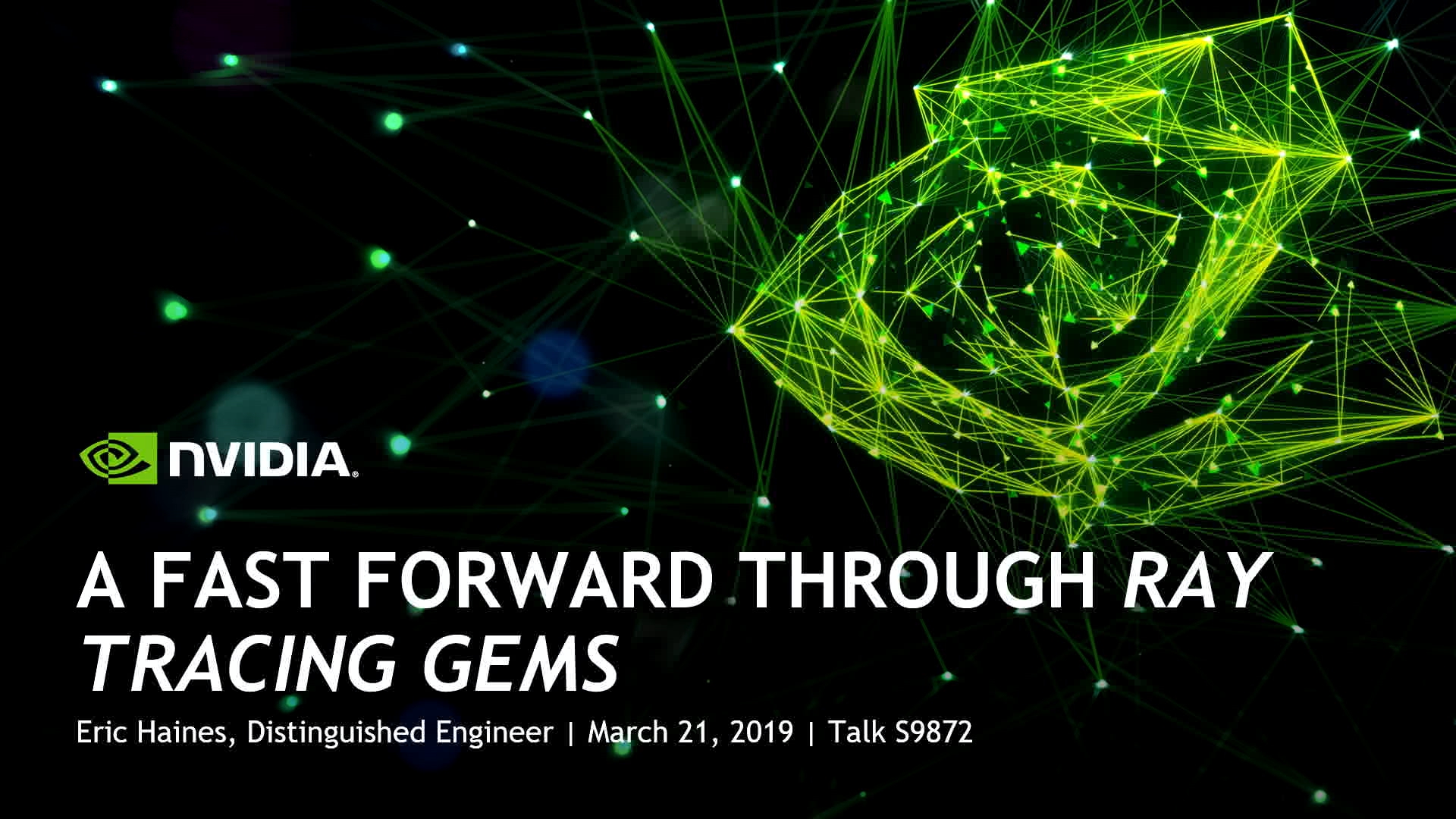 Eric Haines(NVIDIA)
Ray tracing is a 50-year-old algorithm that is suddenly new again. While the film industry has embraced this rendering technique, until last year the idea of using it in an interactive setting was limited to high-end systems. With the introduction of Microsoft's DirectX for ray tracing and NVIDIA's RTX GPUs, ray tracing is now viable and affordable for workstations and consumer systems. To help developers, NVIDIA collected 32 technical R&D articles into the new book, Ray Tracing Gems. As the book's editors, we'll quickly explain each article to help you achieve your rendering goals. When it is available, the book will be a free e-book as well as a hardback.