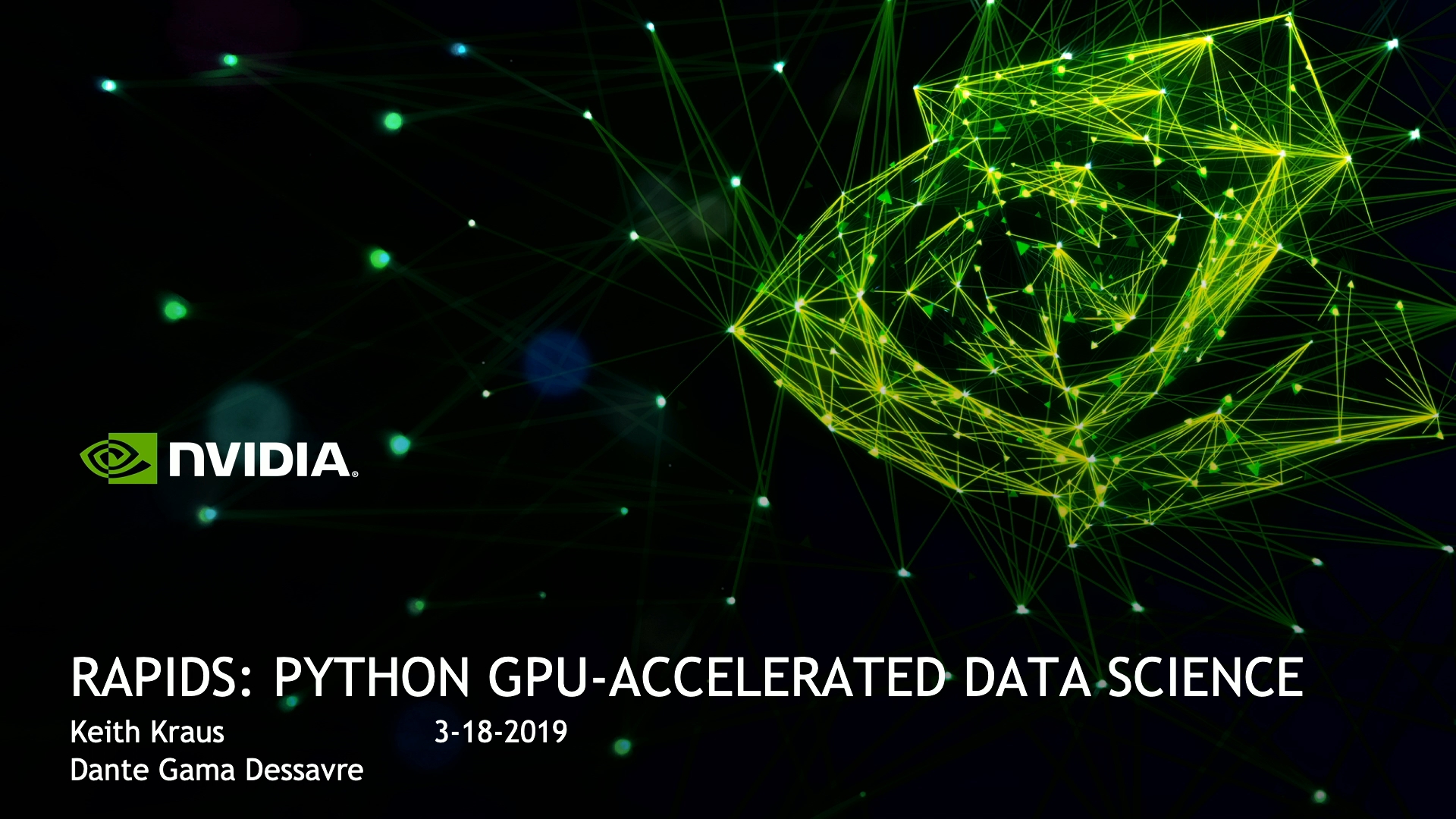 Keith Kraus(NVIDIA)
Modern data science demands interactive exploration and analysis of large volumes of data. Learn how NVIDIA and RAPIDS take advantage of GPU acceleration by using libraries such as cuDF, cuIO, and cuString. The computational limits of CPUs are being realized. We'll how RAPIDS uses GPUs to accelerate existing workflows and enable workflows that were previously impossible. We'll cover cuDF's high-level architecture and its GPU use, and do a technical dive into cuDF internals such as the cuIO and cuString libraries. We'll also share testing and benchmarking results and reveal some of the new features and optimizations we're investigating for the future of RAPIDS and cuDF.