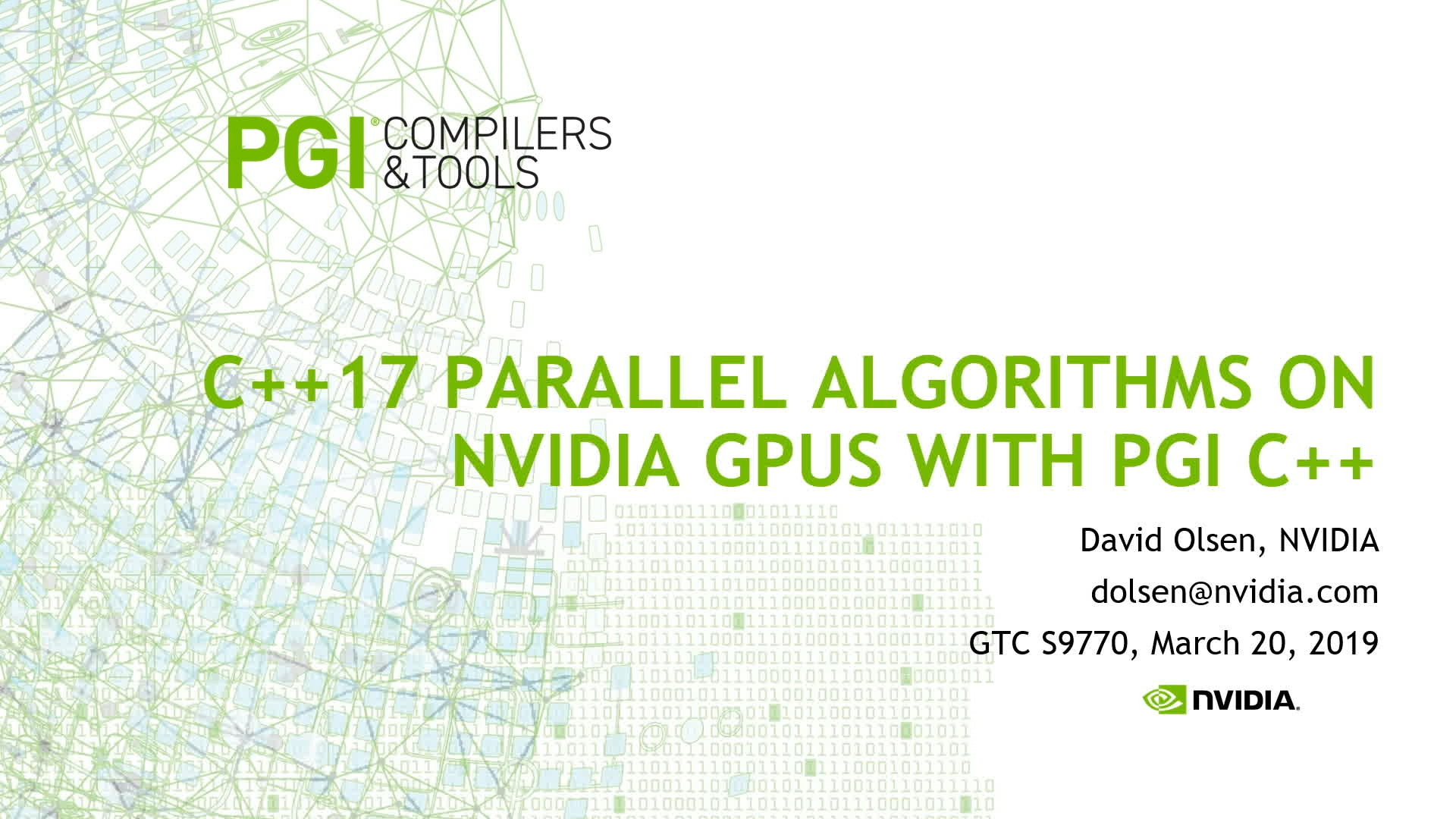 David Olsen(NVIDIA)
We'll discuss the C++17 parallel algorithms, which were designed to support GPU parallel programming. They include parallel versions of many existing algorithms, and a few new algorithms designed for efficient parallel execution of scans and reductions. The PGI C++ compiler has implemented these parallel algorithms for NVIDIA GPUs, making it possible in some cases to run standard C++ on GPUs with no directives, pragmas, or annotations. We will share our experiences and performance results for several of the parallel algorithms. We'll also explain the capabilities of the PGI implementation relative to CUDA, Thrust, and OpenACC.