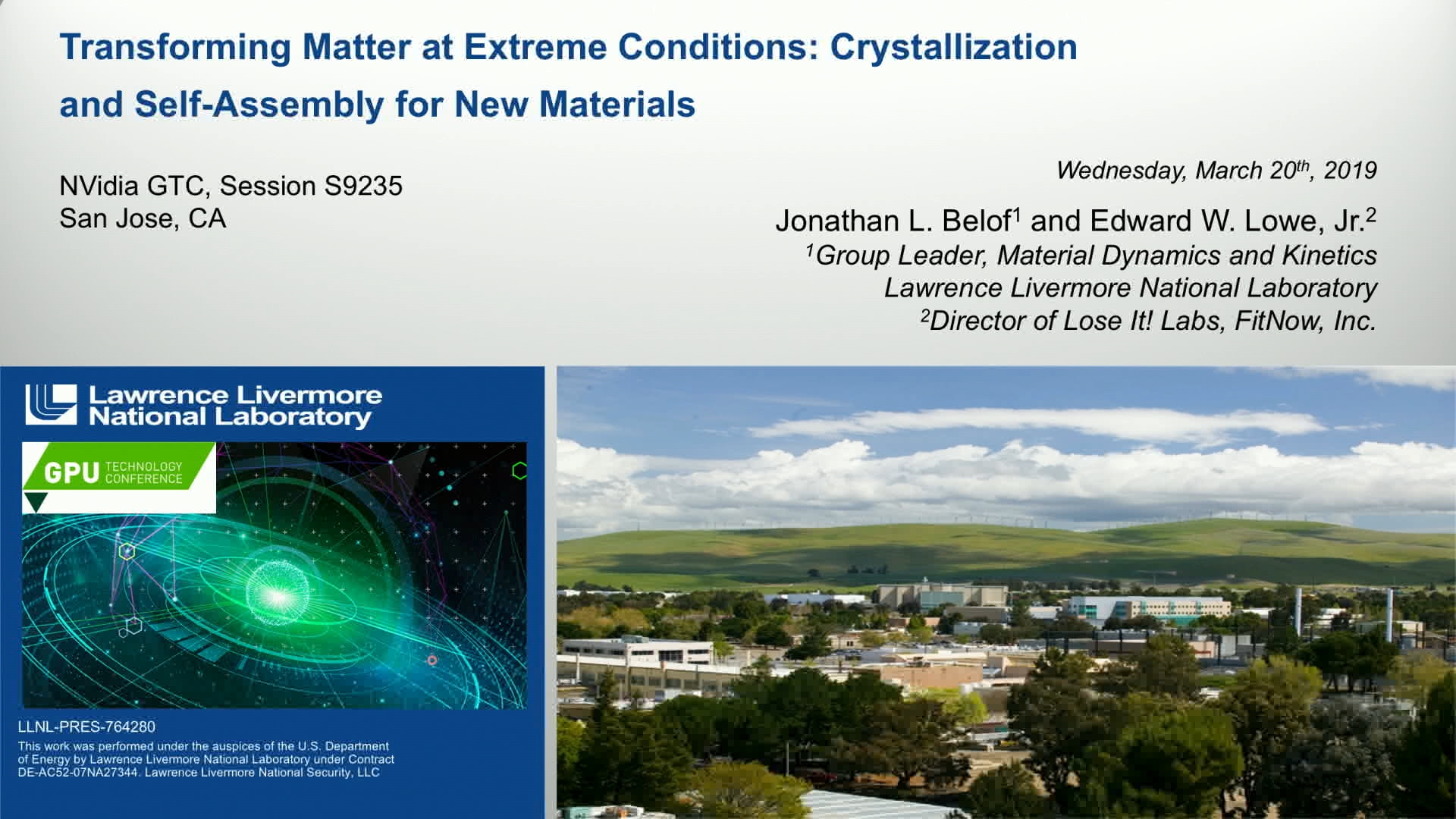 Jonathan Belof(Lawrence Livermore National Laboratory),Edward W.Lowe Jr.(Will)(FitNow, Inc)
Nucleation is ubiquitous, the start of numerous phase-transition processes such as the growth of a crystal seed from a liquid during freezing, the spontaneous self-assembly of a virus from protein subunits, and the onset of the early inflationary universe shortly after the big bang. We'll discuss how we're exploring the limits of nucleation theory. We will explain how pushing a system faster and further from equilibrium allows us to probe the formation of matter under extreme conditions in the laboratory and on newly discovered super-Earths outside our solar system. We will share recent discoveries of nucleation made possible by algorithmic performance improvements recently enabled by GPUs. We'll also highlight how learning to control nucleation processes at the nanoscale allows us to design a new generation of materials that will revolutionize digital technology, clean-energy generation and storage, and nanoscale medicine.