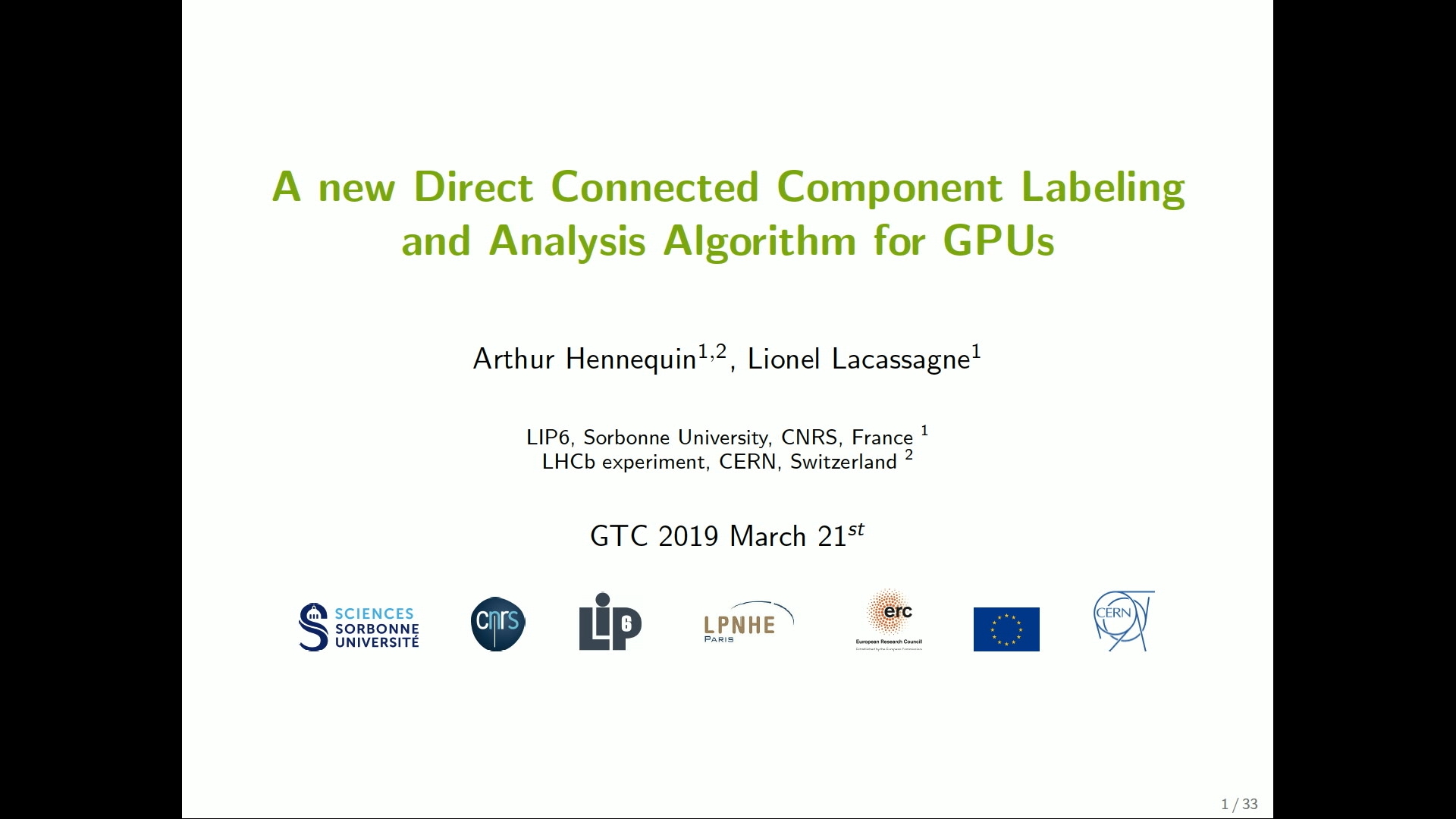 Arthur Hennequin(CERN),Lionel Lacassagne(Sorbonne University LIP6 laboratory)
We'll talk about the evolution of the Connected Component Labeling (CCL) algorithm for GPUs and introduce a new algorithm for both CCL and connected-component analysis. CCL is a central algorithm for low- and high-level image processing used computer vision applications such as OCR, motion detection, and tracking. Formerly After an era on single-core processors, where many sequential algorithms were developed and few codes were released, new parallel algorithms were developed on multi-core processors, SIMD processors and GPUs. We'll discuss how a benchmark on an NVIDIA Jetson TX2 shows that the new algorithm is up to 2.7 times faster than the state-of-the-art and can reach a processing rate of 200 fps for a resolution of 2048x2048.