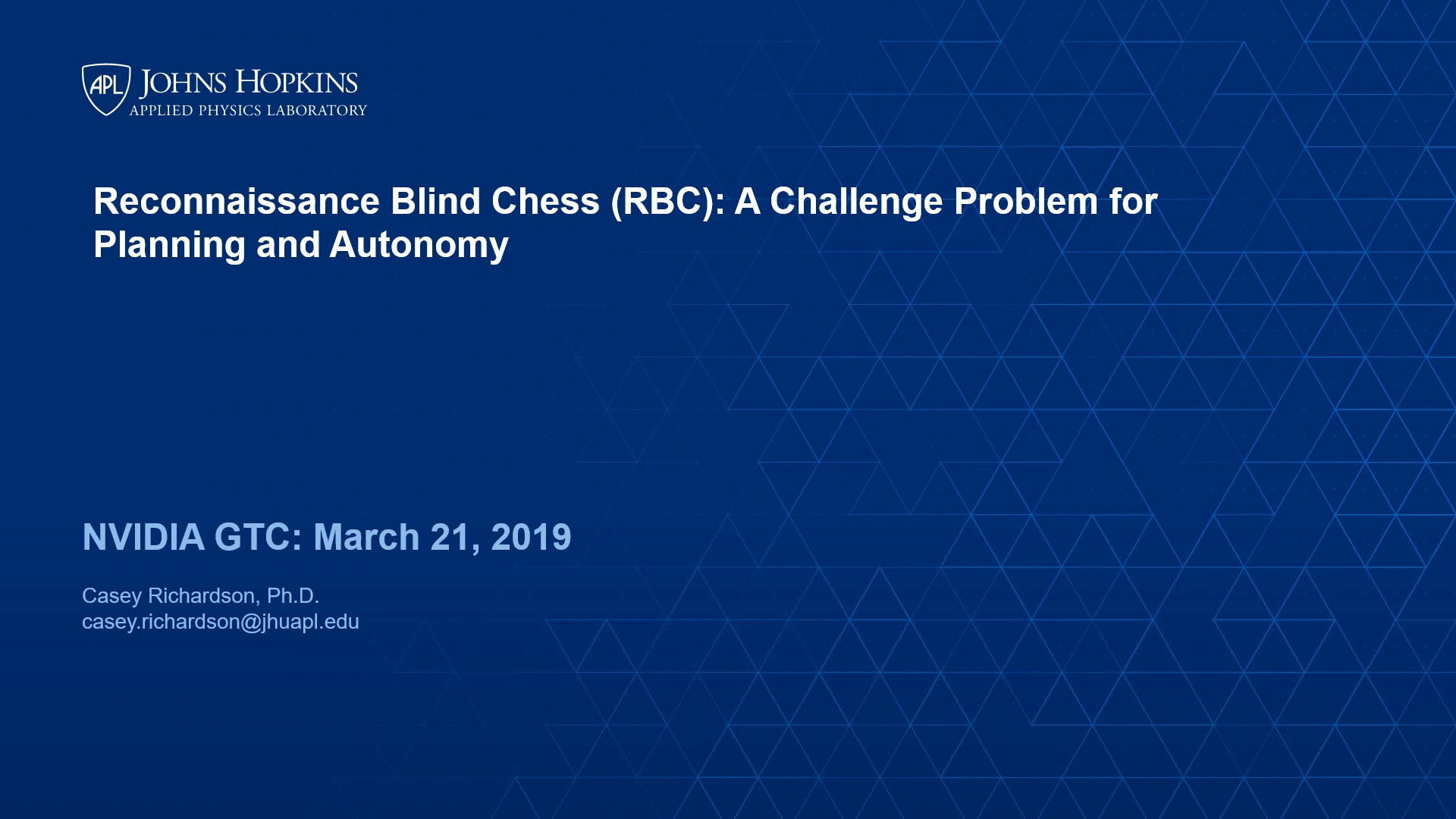 Casey Richardson(Johns Hopkins University Applied Physics Lab)
I will introduce a game developed at Johns Hopkins University/Applied Physics Laboratory called Reconnaissance Blind Chess (RBC), a chess variant where the players do not see their opponent's moves, but they can gain information about the ground-truth board position through the use of an (imperfect) sensor.  RBC incorporates key aspects of active sensing and planning: players have to decide where to sense, use the information gained through sensing to update their board estimates, and use that world model to decide where to move.  Thus, just as chess and go have been challenge problems for decision making with complete information, RBC is intended to be a common challenge problem for decision making under uncertainty.  After motivating the game concept and its relationship to other chess variants, I will describe the current rules of RBC as well as other potential rulesets, give a short introduction to the game implementation and bot API, and discuss some of our initial research on the complexity of RBC as well as bot algorithm